Athletics-Tamberi hopes to finish season on a high in Zurich 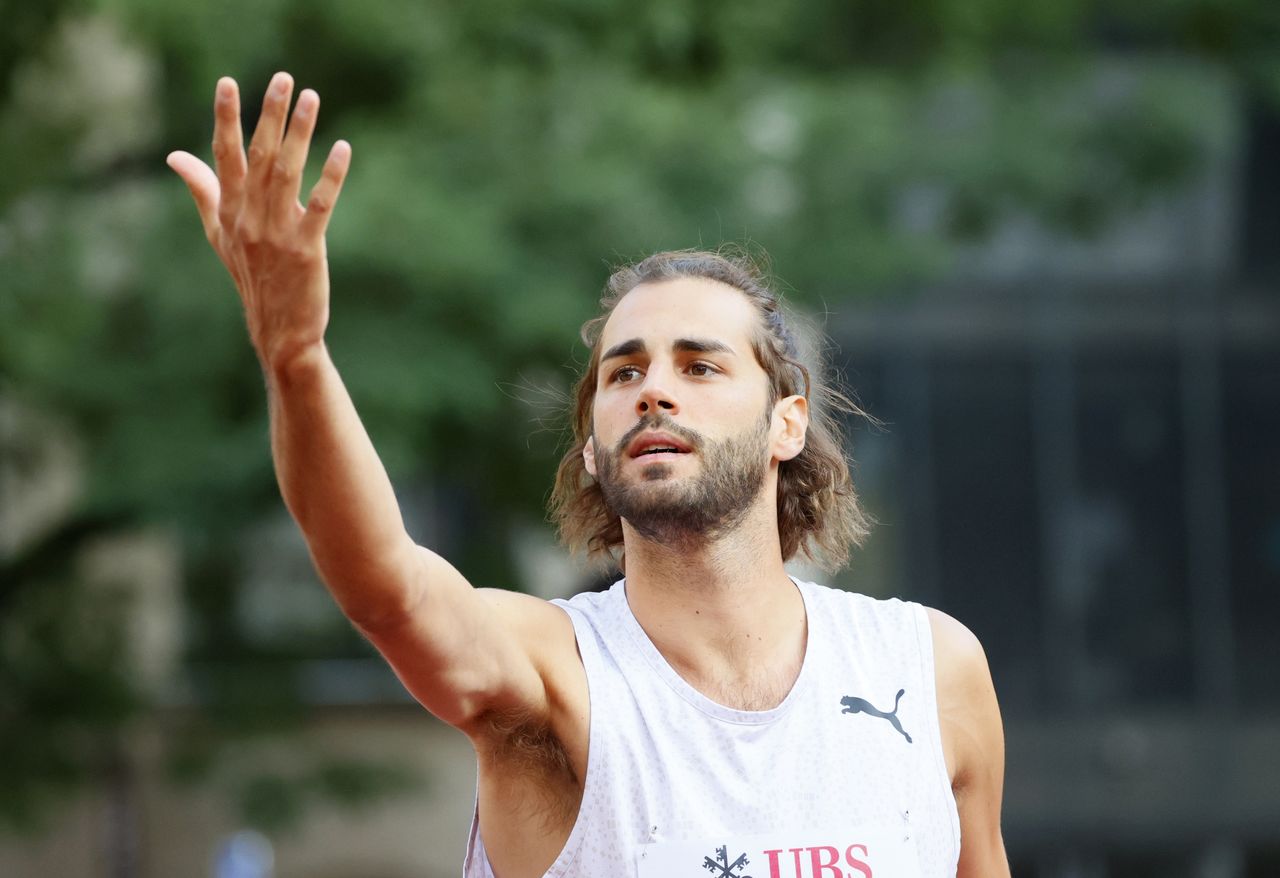 (Reuters) - Gianmarco Tamberi will never regret sharing the high jump gold with friend Mutaz Essa Barshim at the Tokyo Olympic Games but believes the choice to stop competing in such instances should be taken away from athletes.

Italian Tamberi and Qatari Barshim both cleared 2.37m in Tokyo but failed at the world record height of 2.39m and chose to share the gold medal rather than compete in a jump-off at a lower elevation.

It produced one of the iconic moments of the Games, as an elated Tamberi jumped into the arms of his friend and rival.

But he believes there should be a rule that when a height is missed three times, that is the end of the competition with no option for athletes to keep competing.

"I don’t think the athletes out there should have the opportunity to choose. When you do three mistakes, the competition is done," Tamberi told reporters on Wednesday ahead of the Weltklasse Zurich Diamond League event.

"We did three mistakes at 2.39 and you will ruin the competition if you go back down (to a lower height). Our adrenalin had dropped after two hours and 40 minutes."

He was delighted with the win-win scenario in Tokyo and said it was just reward for both athletes who have suffered badly with injuries.

"It was magical. We have spent the last 10 seasons together, we have passed through the same injuries and we helped each other to recover," Tamberi said.

"I have been at his wedding, it is not just two opponents, it is two friends who can share the best moment of their life together. I will never regret this."

Tamberi conceded he struggled for motivation in his first two events after the Olympics but won in Poland on Sunday after clearing 2.30m.

"It was difficult to find that hunger. I lost the first competition and then the second, but at the third I said, 'OK, it is not funny to lose!'. Something happened inside me and I was very motivated again," he added.

As for what is achievable in Thursday’s high jump event in Zurich, he doubted whether he could beat his Olympic performance.

"Going higher than 2.37 now with five kilos heavier than the Olympics is going to be hard," he said. "I'm joking, but of course the shape I had then is different to now. Then I was at the very top of my last five years."