By Sakura Murakami and Tetsushi Kajimoto

TOKYO (Reuters) -Japan's popular coronavirus vaccination minister, Taro Kono, announced his candidacy on Friday to lead the ruling party and, by extension, become the next prime minister, highlighting his image as an outspoken reformer with a conservative streak.

Kono becomes the third candidate to throw his hat in the ring for the leadership of the Liberal Democratic Party (LDP), which opened up last week when Prime Minister Yoshihide Suga said he would step down.

Kono, speaking at a news conference in Tokyo, portrayed himself as a reformer taking on Japan's stodgy bureaucracy, underscoring his achievements in breaking down barriers during the vaccination rollout and promoting working from home.

Known as a critic of nuclear energy, Kono sounded more cautious at the news conference, declining to be labelled "anti-nuclear".

He said nuclear power plants dormant since the 2011 Fukushima disaster, that are deemed safe, could be restarted to help achieve a goal of carbon neutrality by 2050.

But he said building new plants was "unrealistic".

"Nuclear power usage will eventually become zero, but if we are to achieve carbon neutrality by 2050 and work on preventing climate change, then we must stop the use of coal and oil first, and then eventually move away from natural gas," said Kono.

"We also need to save energy and then introduce renewable energy to the maximum extent as a priority. If there's still more that needs to be done, I think it is realistic to restart nuclear power plants that are deemed safe," said Kono.

At times criticised for his short temper, Kono said he would be an empathetic leader who "laughs and cries together" with the Japanese people and would aim to create a "warm" country where everyone who worked hard had a chance to succeed.

On foreign policy, Kono promised to strengthen Japan's deterrence against "unilateral attempts to shift the status quo". Officials have warned China over its assertiveness in the East and South China Seas.

The winner of the Sept. 29 vote of grass-roots LDP members and its lawmakers is virtually assured the premiership because the LDP has a majority in parliament's lower house.

Kono appears to have an edge over former foreign minister Fumio Kishida and former internal affairs minister Sanae Takaichi who have also declared they will run.

Nearly a third of respondents in a poll by major domestic media last week said the Georgetown University-educated Kono, 58, was the most suitable to succeed Suga.

Japan must hold a general election by Nov. 28 and LDP lawmakers are counting on a new leader to boost support after Suga's ratings hit record lows, undermined by haphazard handling of the coronavirus pandemic.

Kono, who has been in charge of a rocky vaccination rollout, has remained popular, particularly among younger voters.

That is partly thanks to his ability to reach out to the public through Twitter, where he has 2.3 million followers - a rarity in heavily scripted Japanese politics dominated by older men less adept with social media.

Kono said there should be debate on the possibility of giving the government the authority to impose strict coronavirus lockdowns, while on the economy, he said it would be difficult to achieve a 2% inflation target.

"Inflation settles at a certain level as a result of economic policy. So the question is first of all how to make the economy grow," he said.

"The corporate sector has raised profits but that hasn't spread to wages. I want to steer economic policy supporting individual citizens, rather than corporations," he said.

He has differentiated his conservative stances from those of his father, former chief cabinet secretary Yohei Kono, who wrote a landmark 1993 apology to "comfort women", a euphemism for women forced to work in Japan's wartime military brothels.

On Friday, when asked about the issue, Kono simply said he would follow the LDP's stance on history.

Kishida is reasonably popular and can count on the support of his faction of the party, while Takaichi, hoping to become Japan's first woman prime minister, has support on the party's conservative flank, including that of influential former prime minister Shinzo Abe. 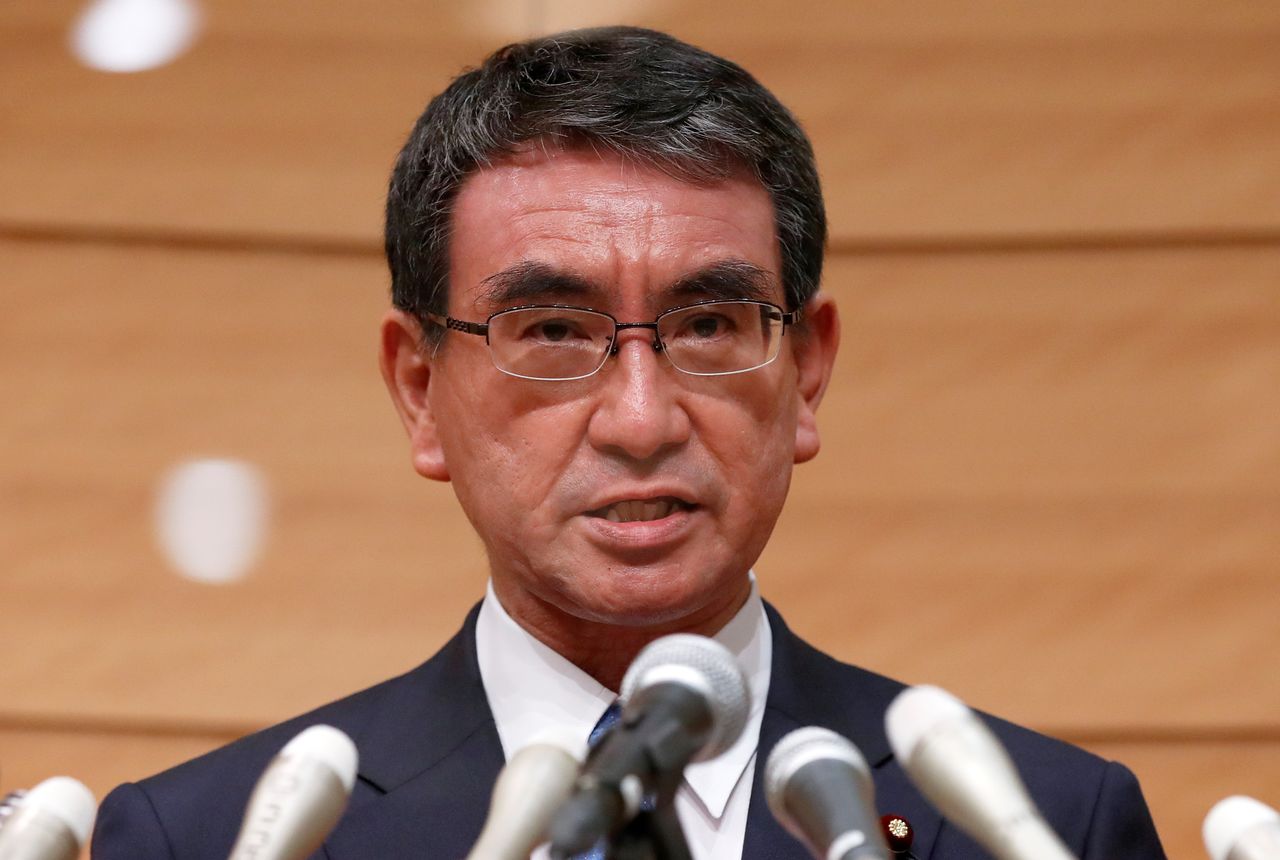 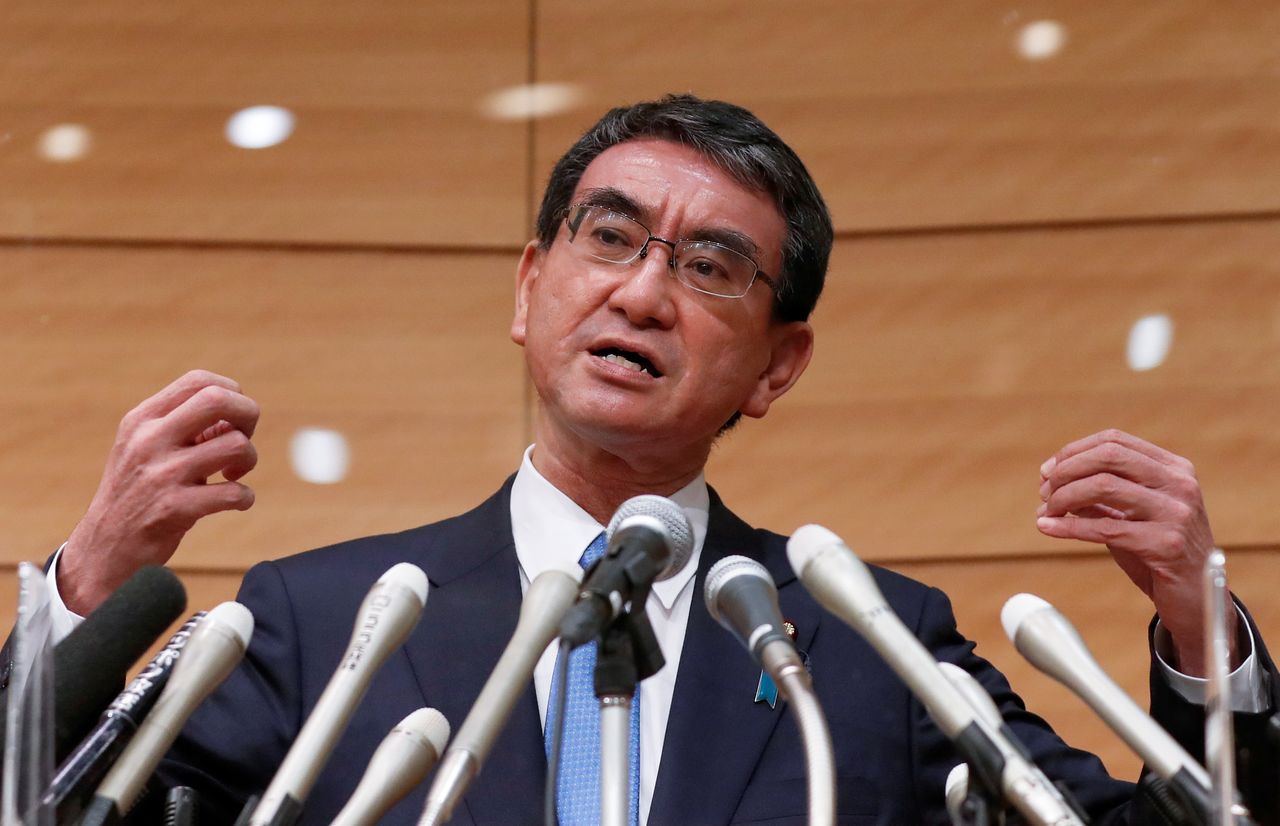 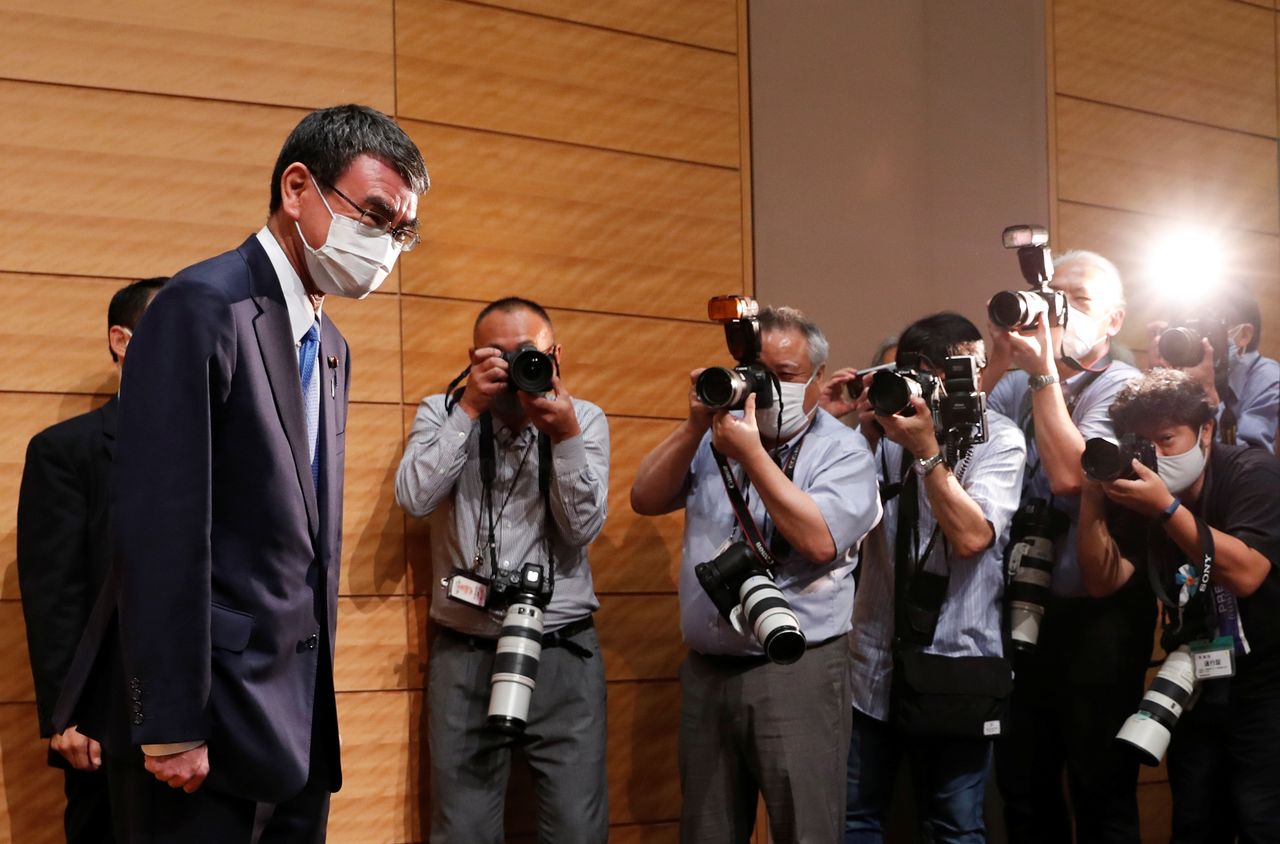