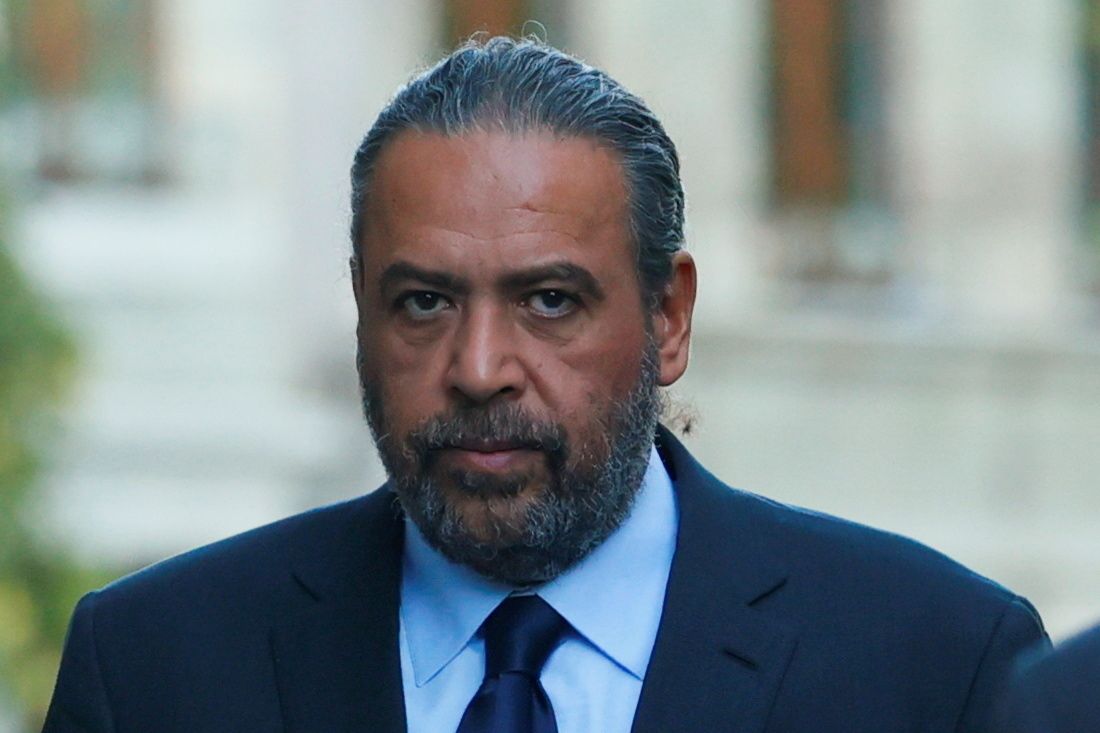 FILE PHOTO: Sheikh Ahmad Al-Fahad Al-Ahmed Al-Sabah arrives at a courthouse ahead of a trial for forgery in connection with arbitration, in Geneva, Switzerland, August 30, 2021. REUTERS/Denis Balibouse/File Photo

The forgery case has divided the Kuwaiti ruling family and prompted Sheikh Ahmad, 58, to step back from some of his public sporting roles, including membership of the International Olympic Committee https://www.reuters.com/article/uk-olympics-ioc-idUKKCN1NO168.

The criminal fraud case was launched in Switzerland as one of the sheikh's co-defendants was, at the time of the alleged coup plot, a Geneva-based lawyer who acted for Sheikh Ahmad.

The sheikh, a former OPEC Secretary General and prominent ruling family member, is one of five defendants in the trial which opened on Aug. 30. The other defendants cannot be named for legal reasons.

A three-judge panel is expected to issue its verdict on Friday afternoon. The public prosecutor is seeking up to 30 months in prison for Sheikh Ahmad, of which at least six months would have to be served.

The sheikh denies all the charges and his lawyers have asked the Geneva court to acquit their client. They declined to comment further. If convicted, the defendants have the right to appeal.

Prosecutors allege Sheikh Ahmad knew that the videos, which he passed on to Kuwaiti authorities, were fakes.

"(Sheikh Ahmad) acted in order to illicitly promote his position, that is, to demonstrate that the videos handed over to the Kuwaiti authorities were authentic," the indictment said.

Sheikh Ahmad told the court last week that he had submitted the videos to Kuwaiti authorities believing, at the time, that they were authentic.

In 2015, he publicly apologised in a statement via Kuwait TV to the Emir of Kuwait, Sheikh Nasser Al-Mohammed, Al-Kharafi and their families for his role in the affair, saying he thought the videos were genuine and credible.