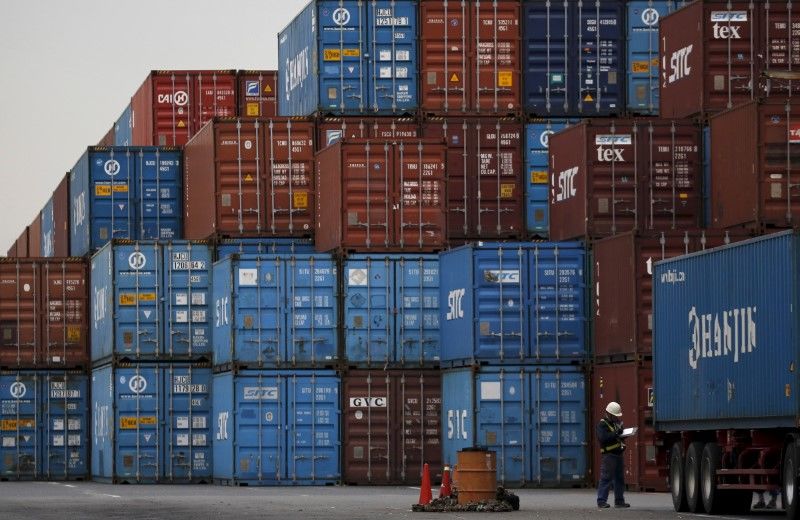 TOKYO (Reuters) - Japan's exports likely surged for the sixth straight month in August thanks to strong global demand for machinery goods and a flattering comparison with last year's pandemic-induced slump, a Reuters poll showed on Friday.

Japan's wholesale prices were expected to stay at more than 10-year highs in August due to global commodity inflation and a weak yen, while firms' machinery orders likely rose in July, according to analysts polled by Reuters.

Exports likely jumped 34.0% in August from a year earlier, the sixth month of double-digit gains, though they were seen slowing from July's 37.0% increase, the poll showed.

Export growth has been strong even as factory halts and supply issues due to the spread of COVID-19 variants in Southeast Asia and a global chip shortage are hitting Japanese carmakers.

Takeshi Minami, chief economist at Norinchukin Research Institute, said there are heightened worries about whether a steady economic recovery holds up.

"China's economic recovery has stalled recently and the spread of the Delta variant in advanced nations is having a suppressing effect," he said.

Imports likely rose 40.0% year-on-year in August, which would result in a trade deficit of 47.7 billion yen ($434.74 million) after two straight months of surpluses, the poll showed.

Separate data from the Bank of Japan is expected to show Japan's wholesale prices rose 5.6% year-on-year in August, matching the prior month's 13-year high.

The corporate goods price index (CGPI), which tracks the prices companies charge each other for their goods, probably rose 0.2% month-on-month in August.

Compared with a year earlier, core orders, which exclude those of ships and electricity utilities, likely grew 15.7% in July partly because of a double-digit drop in the same month last year.

Japan's economy grew faster than initially estimated in the April-June quarter, helped by solid capital expenditure, although a resurgence in COVID-19 is undermining service-sector consumption and clouding the outlook.