Cycling-Dumoulin to have surgery after being hit by car 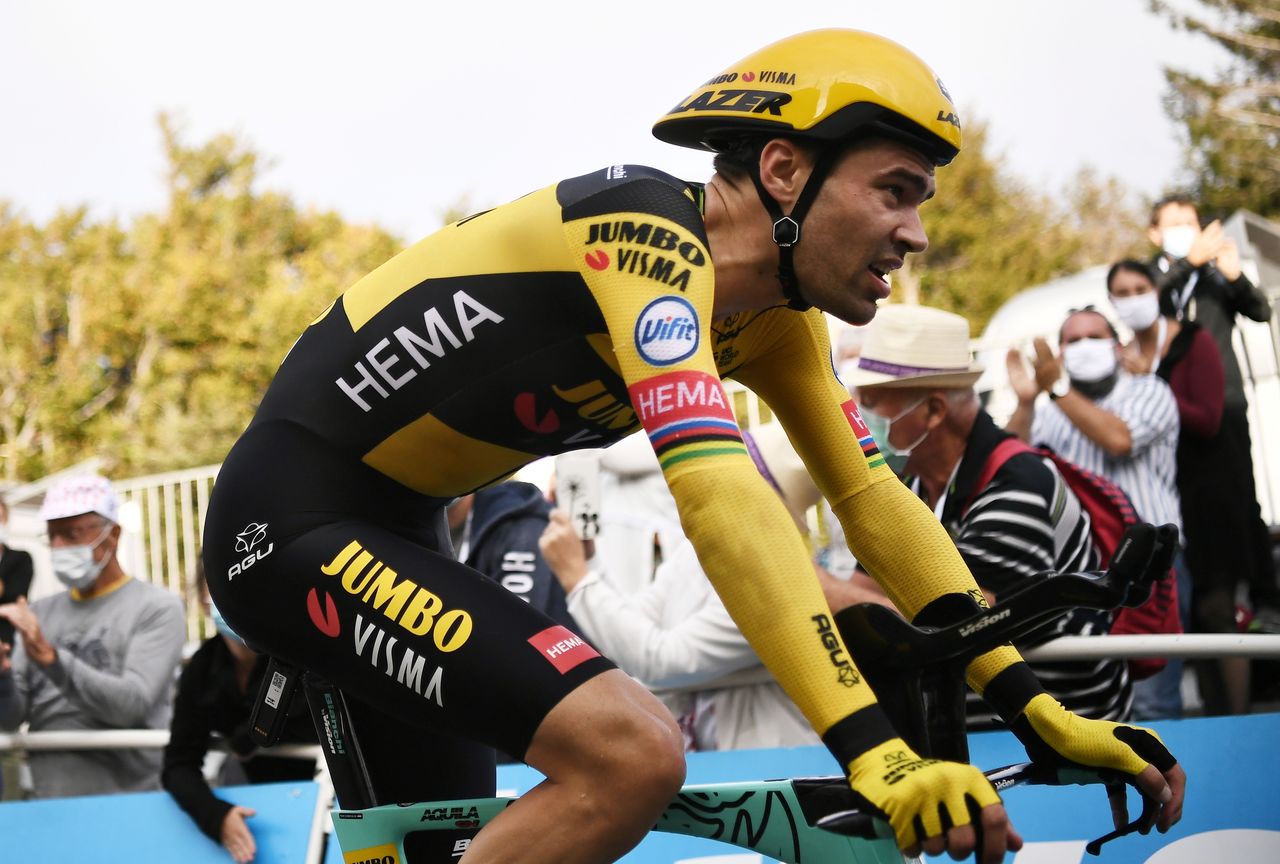 (Reuters) - Dutch rider Tom Dumoulin will miss the rest of the season including this month's world road championships after being struck by a car during training.

Dumoulin, a former road time trial world champion and silver medallist in this year's Tokyo Olympics, suffered a broken bone in his right wrist in the incident and was due to undergo surgery on Friday.

He had been riding part of the course of a sportive named after him in the Ardennes region of the Netherlands - the Tour de Dumoulin - when the crash happened.

The Jumbo-Visma rider had been preparing for the World Championships in Flanders later this month in which he was expected to take a place on the podium.

"This is a big disappointment. My season is finished," Dumoulin, who returned to the sport this year after a five-month break for his mental wellbeing, said in a team statement.

"That's a big disappointment because I just got really good at it again. Also, during the training today I felt really strong. I had a lot of confidence that I could ride a very strong month."

As well as the World Championships, Dumoulin was also looking forward to racing in the Italian Classics finishing with the Monument of Il Lombardia.

"I was really looking forward to that. Those are races that suit me very well, but unfortunately, it won't be for this year," added the 30-year-old.