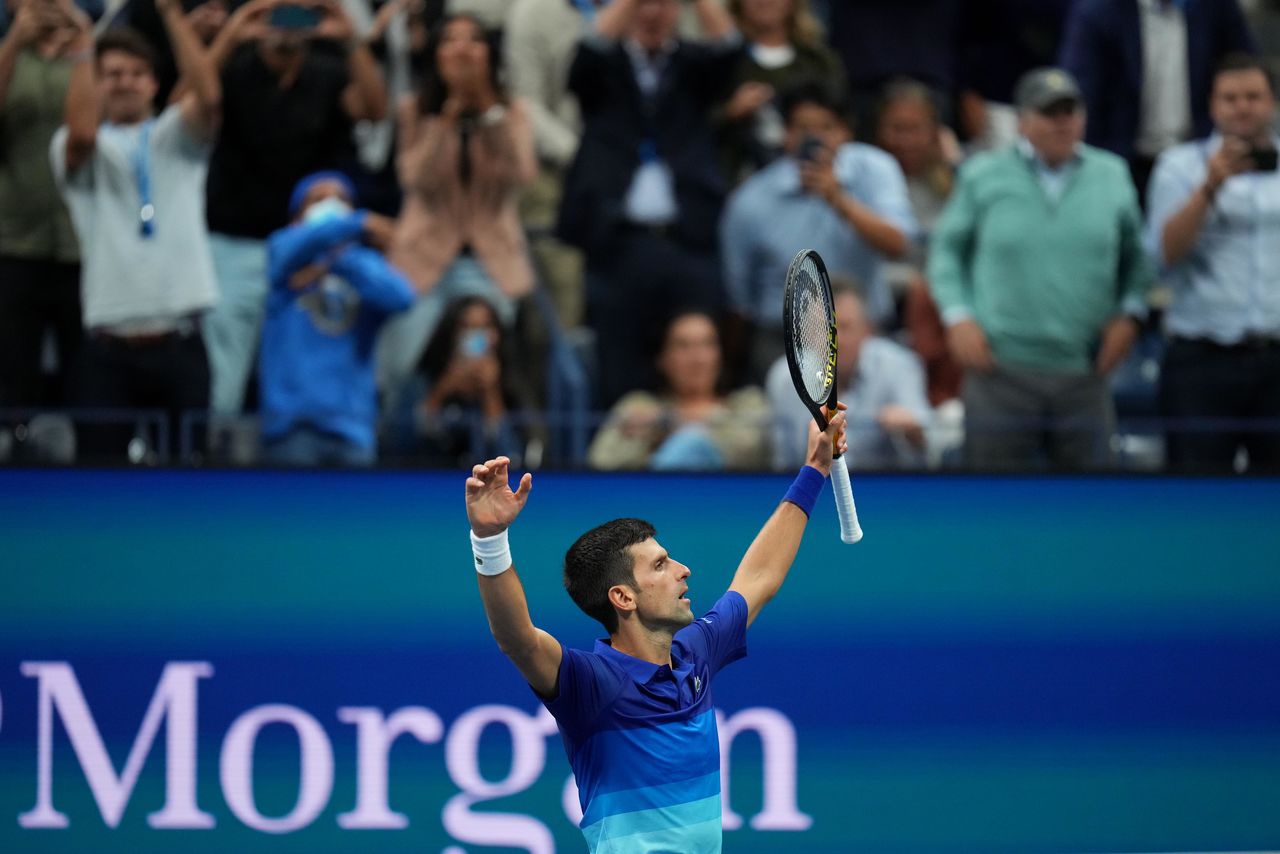 NEW YORK (Reuters) - After clearing 27 hurdles, Novak Djokovic has just one more to get over to complete his quest for a record 21st major title that will earn him entry into tennis's most exclusive club and he said on Friday he will play the U.S. Open final as if it is the last match of his career.

It takes 28 wins (seven for each at the Australian Open, French Open, Wimbledon and U.S. Open) to compete a calendar-year Slam and a victory over second seed Daniil Medvedev on Sunday will earn Djokovic a place at the table alongside the only two men to accomplish the feat - deceased Don Budge and Rod Laver, who was courtside on Friday to watch the Serb move to the brink of history.

Usually thoughtful and introspective discussing his place in the sport, Djokovic has been reluctant to talk about the Grand Slam after the last few matches saying there was nothing more to be said.

"I know that people like to hear me talk about it, but there’s not much to talk about," said the world number one in an on-court interview following his 4-6 6-2 6-4 4-6 6-2 semi-final win over Alexander Zverev. "There’s only one match left.

"I'm going to treat this match as it's my last one because it's arguably the most important one of my career maybe.

"I'm sure he's going to give it all to win it, to win his first slam. On the other side, I'll be giving it all I possibly got in the tank to win this match."

If Djokovic completes the calendar-Slam no one will be able to argue that he did not earn it.

Four consecutive matches, including Friday's, he put himself in an early hole dropping the first set, and each time climbed out to secure a win.

In the quarter-finals he knocked out sixth-seeded Italian Matteo Berrettini, who challenged him in the Wimbledon final.

In the semi-finals it was Zverev, the fourth-seeded German who eliminated him from Tokyo Olympics and went on to take the gold medal.

And now the last man standing between him and history, second seed Medvedev seeking a first major after Djokovic denied him a maiden title in the final of the Australian Open.

"These are the moments we live for and these are the kind of unique opportunities that we dream of everyday when we wake up and trying to find motivation to go out there and do the same things over and over again," said Djokovic.