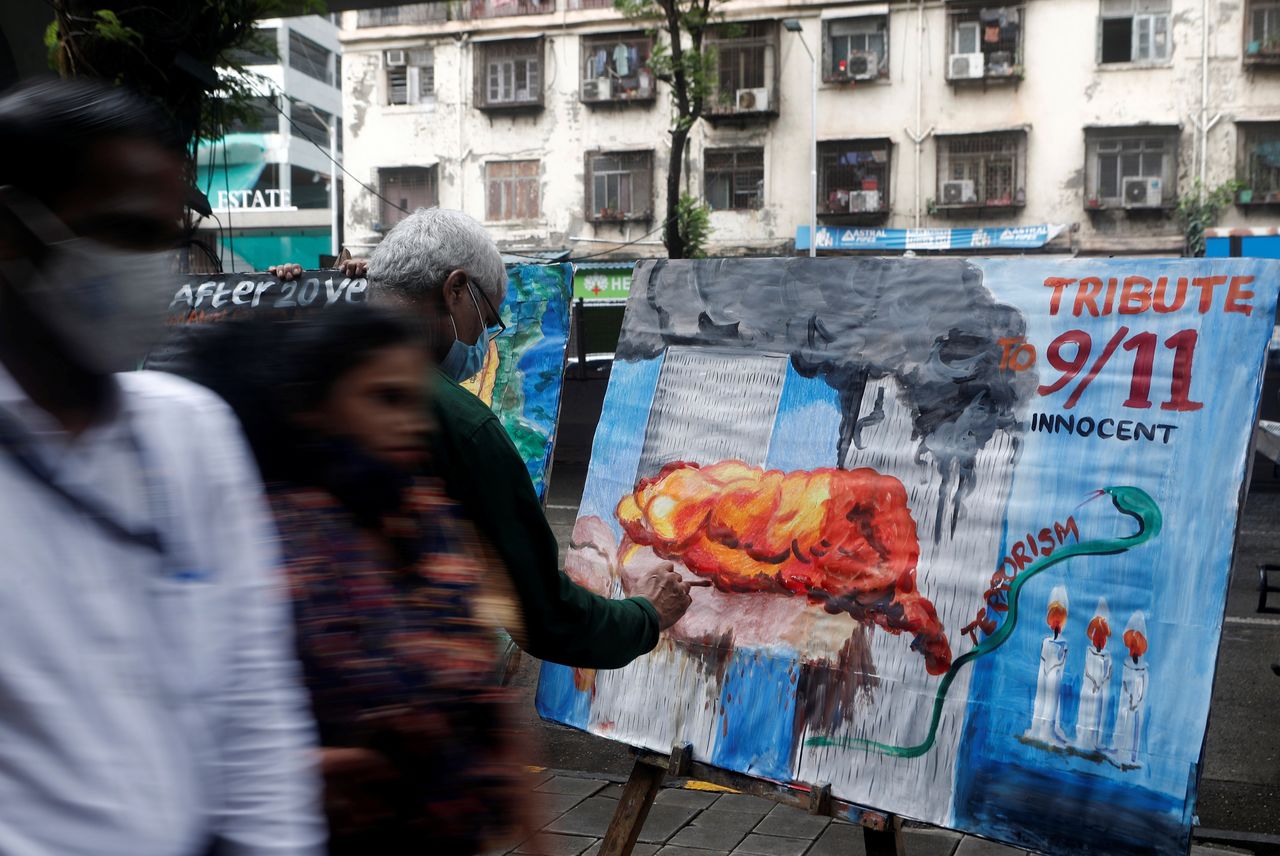 People walk past a 9/11 tribute on the 20th year anniversary outside an art school in Mumbai, India, September 11, 2021. REUTERS/Francis Mascarenhas

By Nidhi Verma and Aftab Ahmed

NEW DELHI (Reuters) - India and Australia vowed on Saturday to deepen their security cooperation, especially following the Taliban takeover in Afghanistan, as the world marks the 20th anniversary of the 9/11 attacks on the United States.

India and Australia, along with the United States and Japan, are members of the Quad, an informal grouping of the four large democracies in the Indo-Pacific region formed primarily to address the challenge of an increasingly powerful China.

Developments in Afghanistan, where the Taliban have seized power following the departure of U.S. and other foreign troops after two decades, were the main topic of talks between Indian and Australian ministers in New Delhi.

"Today is the 20th anniversary of 9/11. It's a reminder of the importance of combating terrorism without compromise," said Indian Foreign Minister S. Jaishankar after discussions with his Australian counterpart Marise Payne.

U.S. forces toppled the Taliban in 2001 as they had given safe haven to Osama bin Laden and other leaders of the al Qaeda network that claimed responsibility for the 9/11 attacks.

"... we have a geo-political environment which is in rapid flux and we must, bilaterally and with other like-minded partners, respond adequately to safeguard our national interests as well as ensure a peaceful, stable, and prosperous Indo-Pacific region," Jaishankar said.

Myanmar and international maritime disputes involving China were among other issues discussed on Saturday in talks that also brought together the defence ministers of India and Australia.

Indian Defence Minister Rajnath Singh said the two countries had decided to expand military engagement and he invited Australia to participate in the production and development of defence equipment in India.