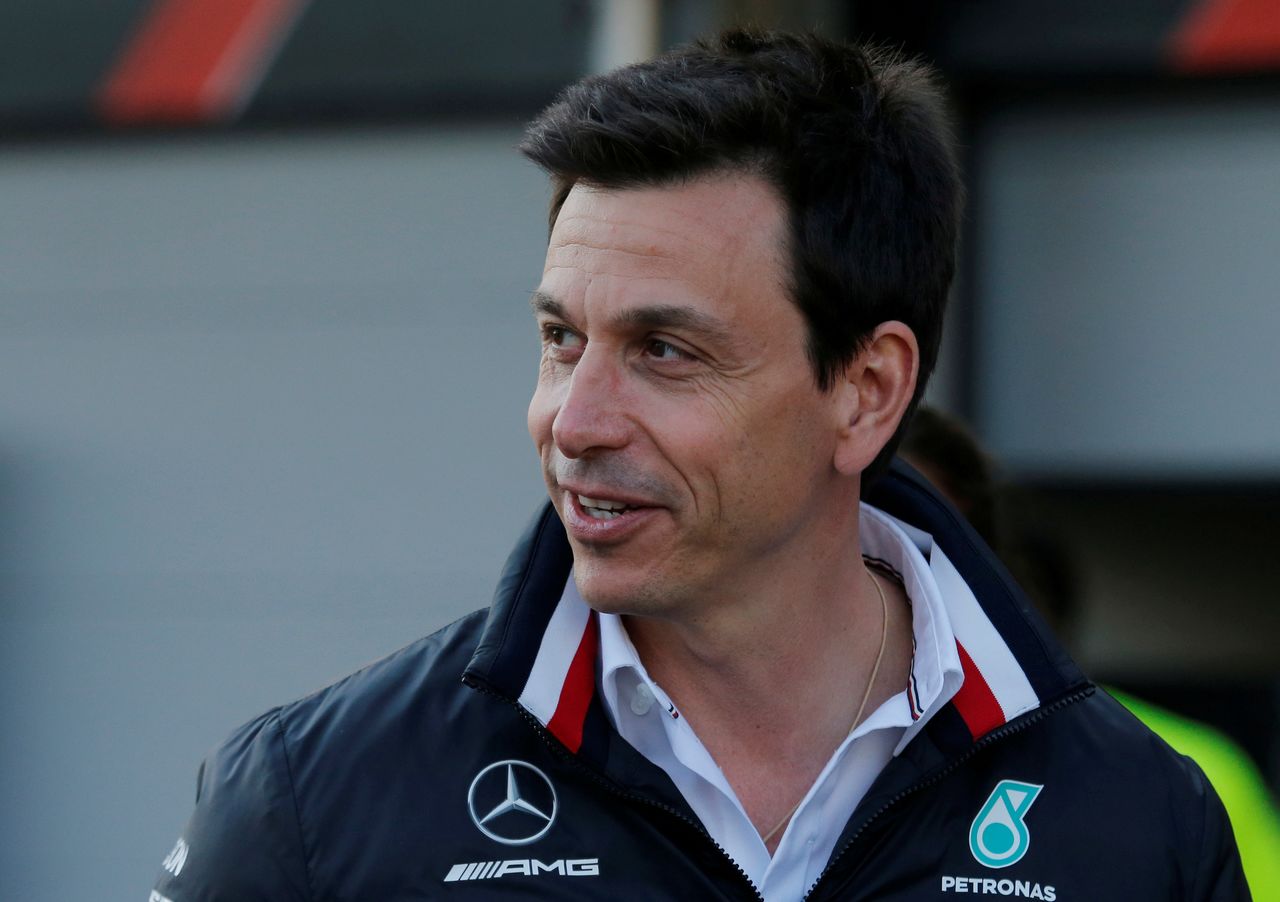 (Reuters) -Mercedes are open to compromise on Formula One's future engine rules to make it easier for the Volkswagen Group to enter the sport, motorsport head and F1 team boss Toto Wolff told reporters at the Italian Grand Prix.

The sport is due to introduce a new engine formula from 2025 and manufacturers are discussing how to make power units simpler, cheaper and more sustainable.

The Volkswagen Group, whose brands include Porsche and Audi, has attended engine manufacturer meetings as an interested party with the latest held on Sunday.

Wolff said Mercedes would be willing to get rid of the MGU-H (Motor Generator Unit-Heat) element, with the new rules possibly delayed to 2026.

The current V6 turbo hybrid power units have two Motor Generator Units, the other being the MGU-K that recovers and supplies kinetic energy from braking. The MGU-H recovers and stores energy from or to the turbocharger.

"The MGU-H is going to be dropped if we can find alignment of many other points," said Wolff.

"I think it's a compromise. I cannot speak for anybody else but at Mercedes we are prepared to...in order to facilitate the entry of the Volkswagen Group.

"But there are several other topics where compromise needs to be found," he added.

"If compromise cannot be found then we will probably revert to the governance and have 2026 regulations that the (governing) FIA and FOM (Formula One Management) are going to come up with."

Formula One said in a statement that Sunday's meeting involved existing and prospective power unit suppliers as well as the FIA and Formula One.

"The discussion was positive and progress was made," it said. Some details remain to be addressed, however, we expect these to be resolved in the coming weeks."

The sport is hoping to attract more engine manufacturers with Honda pulling out at the end of this season and Red Bull taking over the Japanese manufacturer's intellectual property.

Red Bull are keen to simplify the engines and cut out the MGU-H element.

Champions Mercedes supply four of the 10 teams at present and Ferrari three, with Renault providing engines to their own Alpine-branded team. Honda work with Red Bull and sister team AlphaTauri.

Red Bull have worked with the Volkswagen Group in the past, notably in the world rally championship before the German manufacturer withdrew, and there has long been talk of a partnership with Audi or Porsche in Formula One.

Former Volkswagen Motorsport head Jost Capito is now boss of the Mercedes-powered Williams team, who last week announced Red Bull-backed Alex Albon would be racing for them next season.