(Reuters) - With Serena Williams pulling out due to fitness issues even before a ball had been hit and Naomi Osaka and Ash Barty dispatched in the third round, a loss of interest in the women's singles draw at this year's U.S. Open was palpable.

But no one could have predicted that it would be left to two teenagers -- ranked 150th and 73rd in the world -- to create the kind of frenzied hype in women's tennis as seen over the past fortnight with their fascinating journeys to Saturday's final.

The appreciation of fans across the globe was reflected in the mood of the 23,000-strong crowd during Saturday's title clash in the colossal Arthur Ashe Stadium.

"I have never heard a crowd in Grand Slam tennis being this loud, this appreciative of the players and the player responding," said Mats Wilander, a seven-time major champion and Eurosport tennis expert.

While 18-year-old Raducanu bagged the ultimate prize to become the first qualifier to win a Grand Slam title, women's tennis was also a winner.

American Williams, who turns 40 this month, has been one of the biggest draws at Flushing Meadows for the last two decades and her withdrawal would have sent shivers down the spines of organisers hoping to bask in the glory of having full capacity crowd at a major for the first time since the COVID-19 outbreak.

When Fernandez beat two-time U.S. Open winner Osaka in the third round, the mood further dampened as the Japanese player, who has been struggling with mental health issues, left the hardcourt major saying she was unsure when she will compete again.

The following day world number one Barty, who won the Wimbledon title in July, was also ousted.

With Novak Djokovic staying on track to become the first man in 52 years to claim all four major titles in a calendar year, the women's competition in New York was in danger of turning into an undercard during the second week of the Grand Slam.

But Raducanu and Fernandez ensured it did not, keeping the global audience captivated with their scintillating runs from relative obscurity.

Eleven weeks ago, the ever-smiling Raducanu had just completed school when she made her Grand Slam debut at Wimbledon as a 338th-ranked wildcard. The U.S. Open was only her fourth tour-level tournament.

Fernandez played in the main draw at majors for the first time last year and was ranked 73rd at the start of the U.S. Open.

But what would have seemed like an outrageous title clash became a reality when Saturday's final featured two unseeded players for the first time at a major in the Open Era.

While men's tennis has crowned only one new major winner outside the trio of Roger Federer, Rafa Nadal and Djokovic in the last five years, there have been 14 different major champions in women's tennis since the start of the 2017 season.

The depth and unpredictability of women's tennis has been a cause for celebration.

Bianca Andreescu and Iga Swiatek were both 19 when they won the 2019 U.S Open and 2020 French Open respectively, while Osaka and Sofia Kenin have also been among the young women's champions on the biggest stage in recent years.

Add in 17-year-old American Coco Gauff, who has already registered some stunning wins in her fledgling career, to the mix and women's tennis is looking at an exciting future.

"Emma and Leylah represent two of the WTA Tour's very talented group of young prospects and are leading what is sure to be an incredible era of WTA Tennis," WTA chairman and CEO Steve Simon told Reuters a few hours before Saturday's final.

"The final looks to be one of the most exciting sporting events of the year as millions of tennis fans around the world will be inspired by these two incredible young female athletes, as they continue to exude great joy in competing on one of the sports' biggest stages while embodying the true spirit of what it means to be a WTA player, both on and off the court.

"A sports league could not ask for two better role models."

While pundits are cautious about the prospect of either Raducanu or Fernandez dominating the sport like Williams did after winning her maiden slam in New York in 1999, the duo have already established their star power and can expect sponsors and brands queuing up.

Data and analytics company GlobalData predicted Raducanu could earn millions after becoming the first British woman to win a major since Virginia Wade's Wimbledon triumph in 1977.

Their global profile should also be a major draw and prepare fertile ground for new tennis interest and fans for the WTA.

Jorge Fernandez, the father of the 19-year-old Canadian, is from Ecuador while Raducanu's is from Romania.

Raducanu's mother is from China while Fernandez's has Filipino origin.

The British player could potentially tap into the massive market in China the same way Osaka did in her native Japan.

Her recent comments about looking up to China's two-time major winner Li Na while growing up and her message in Mandarin after Saturday's win would surely endear her more to fans in the Asian country.

The teenagers were "fantastic" advertisement for the sport in its bid to boost global footprint, feels Jorge.

"I'm glad that they're touching the Asian community. I think that's a huge opportunity in the women's game just to be able to expand and have a new style," he said this week.

"I'm getting messages about, 'please pass this to Leylah', little girls saying, 'you're making us believe'. This can only be good for the tennis game and the WTA altogether."

(Reporting by Sudipto Ganguly in Mumbai; editing by Pritha Sarkar) 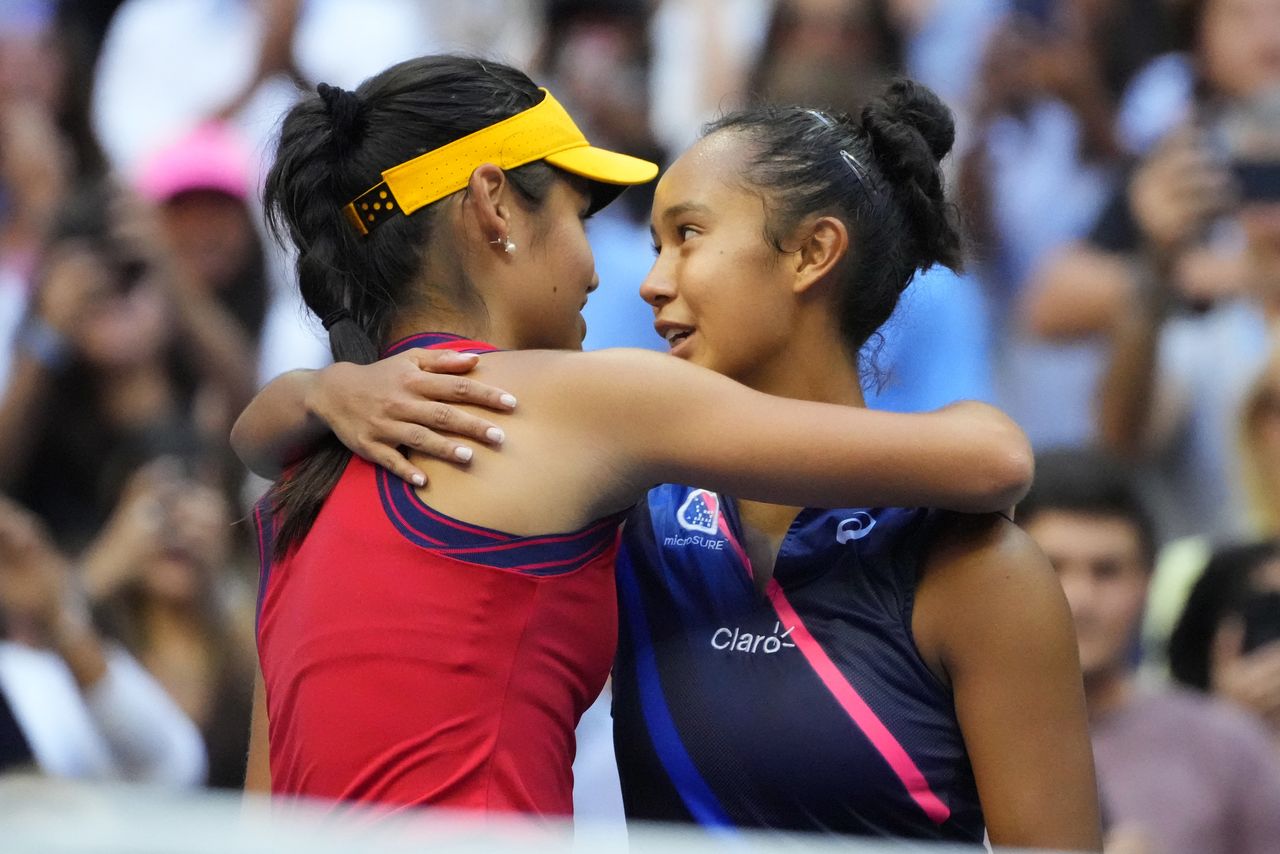 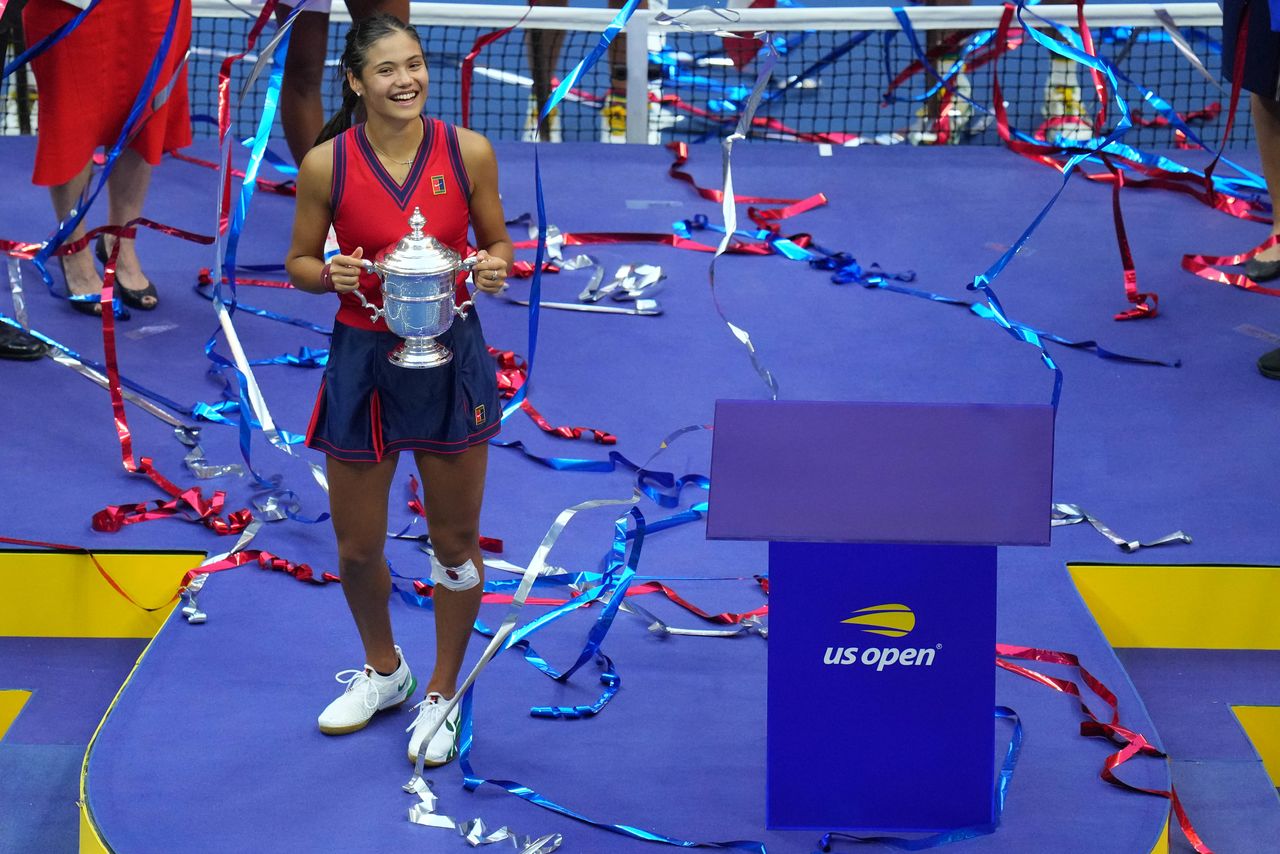 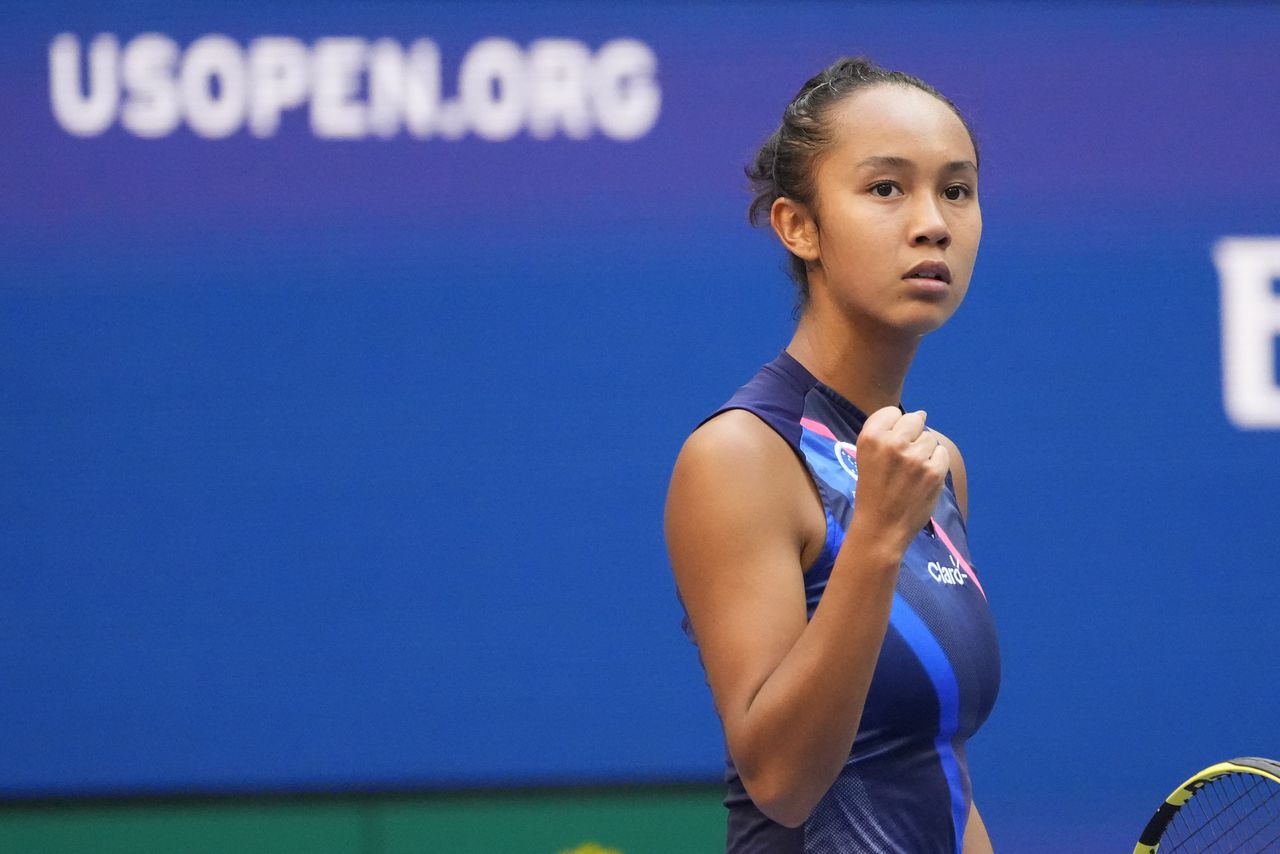