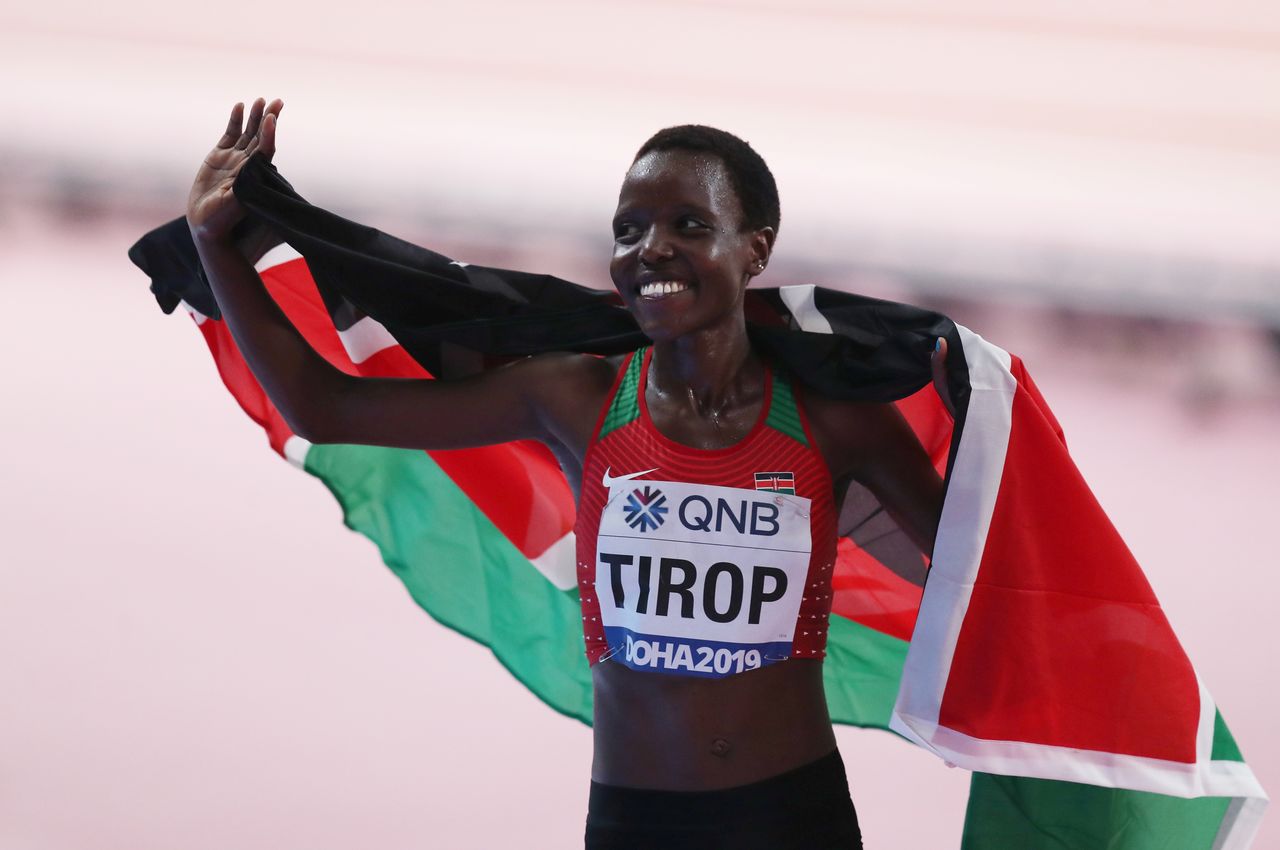 (Reuters) - Two world records tumbled on Saturday when Kenya's Agnes Tirop surged to victory in the 10 km race and Ethiopia's Senbere Teferi triumphed in the 5 km distance at an event in Herzogenaurach, Germany.

Tirop, a twice world 10,000m bronze medallist, won the 10 km event with a time of 30 minutes and one second, finishing ahead of Sheila Chepkirui and shaving 28 seconds off the record previously set by Morocco's Asmae Leghzaoui 19 years ago.

"I'm so happy to have broken the world record," Tirop said. "I felt the pace was good and Sheila assisted me a lot. The course was very good too."

Chepkirui finished with a time of 30:17, also inside the previous record time, but was no match for Tirop, who broke away with two kilometres to go and surged to the finish line.

In the 5 km race, Teferi finished with a time of 14:30, overthrowing the record of 14:44 set by Kenyan Beatrice Chepkoech.

"I'm so happy," said Teferi, who finished sixth in the 5,000m at the Tokyo Olympics. "After the Olympics, I knew I was ready to go after this world record."

(Reporting by Rohith Nair in Bengaluru; Editing by Pravin Char)