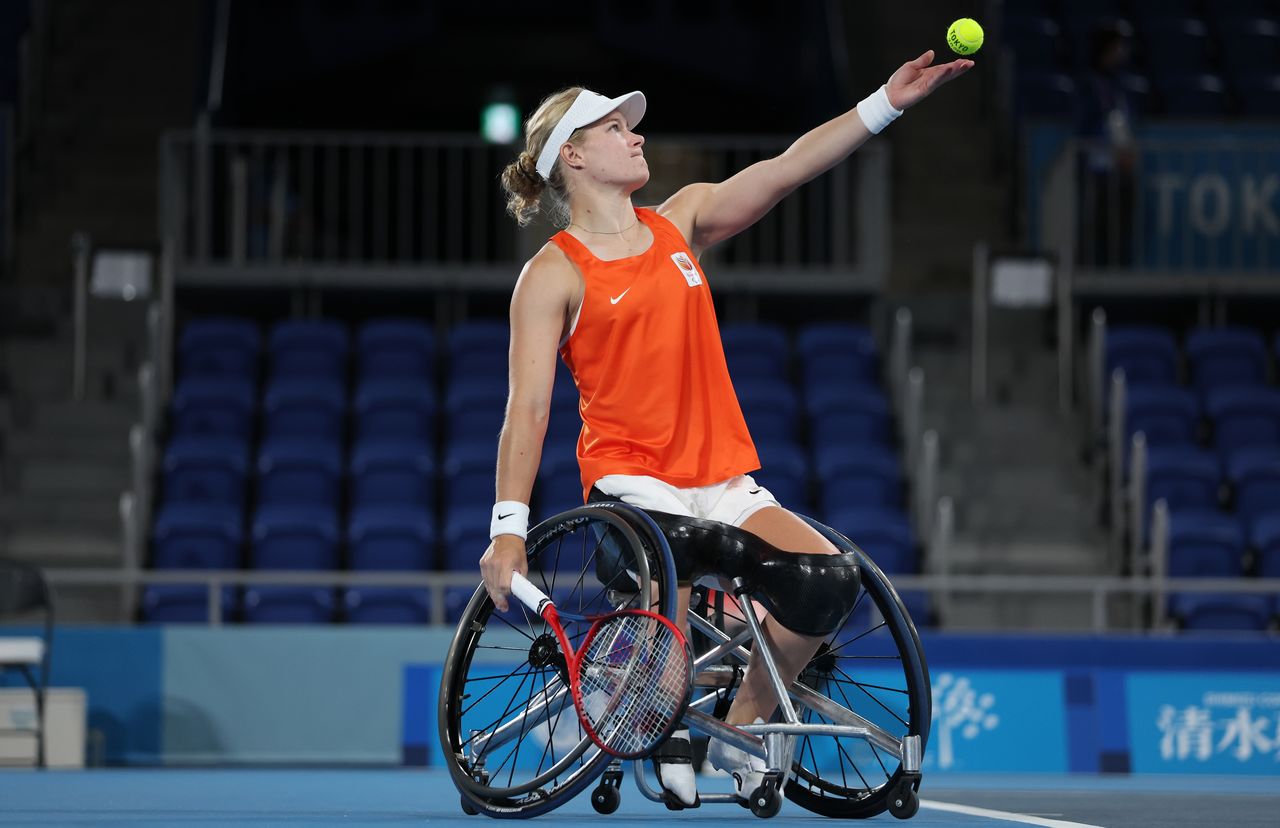 NEW YORK (Reuters) -Diede de Groot became the first player to complete the golden slam in wheelchair tennis after winning all four majors and the Paralympic gold medal, completing the feat by winning the U.S. Open final on Sunday.

The Dutch top seed beat Japan's second seed Yui Kamiji 6-3 6-2 in the women's match at the Louis Armstrong Stadium in what was a repeat of the gold medal match at the Tokyo Paralympic Games earlier this month.

"For a long time it wasn't possible because Wimbledon didn't have a singles event. For a few years now they've had it... it's just great to see the tour and the professionalism going up each year," De Groot told reporters.

"To be the first one to actually get that title is just so special. I don't think I will ever forget that."

Not long after on Sunday, Australian top seed Dylan Alcott also completed a golden slam in his respective event, taking down Dutchman Niels Vink 7-5 6-2 in the wheelchair quad singles final.

Alcott is the first men's wheelchair tennis player to complete a golden slam.

Men's world number one Novak Djokovic will be looking to achieve his calendar-year slam in the final later on Sunday when he takes on Daniil Medvedev in a battle of the top two seeds.

The Serb missed out on the opportunity to win a golden slam when he was knocked out in the Olympic semis by eventual gold medal winner Alexander Zverev before losing the bronze medal match to Pablo Carreno Busta.

(Reporting by Rohith Nair in Bengaluru;Editing by Toby Davis)