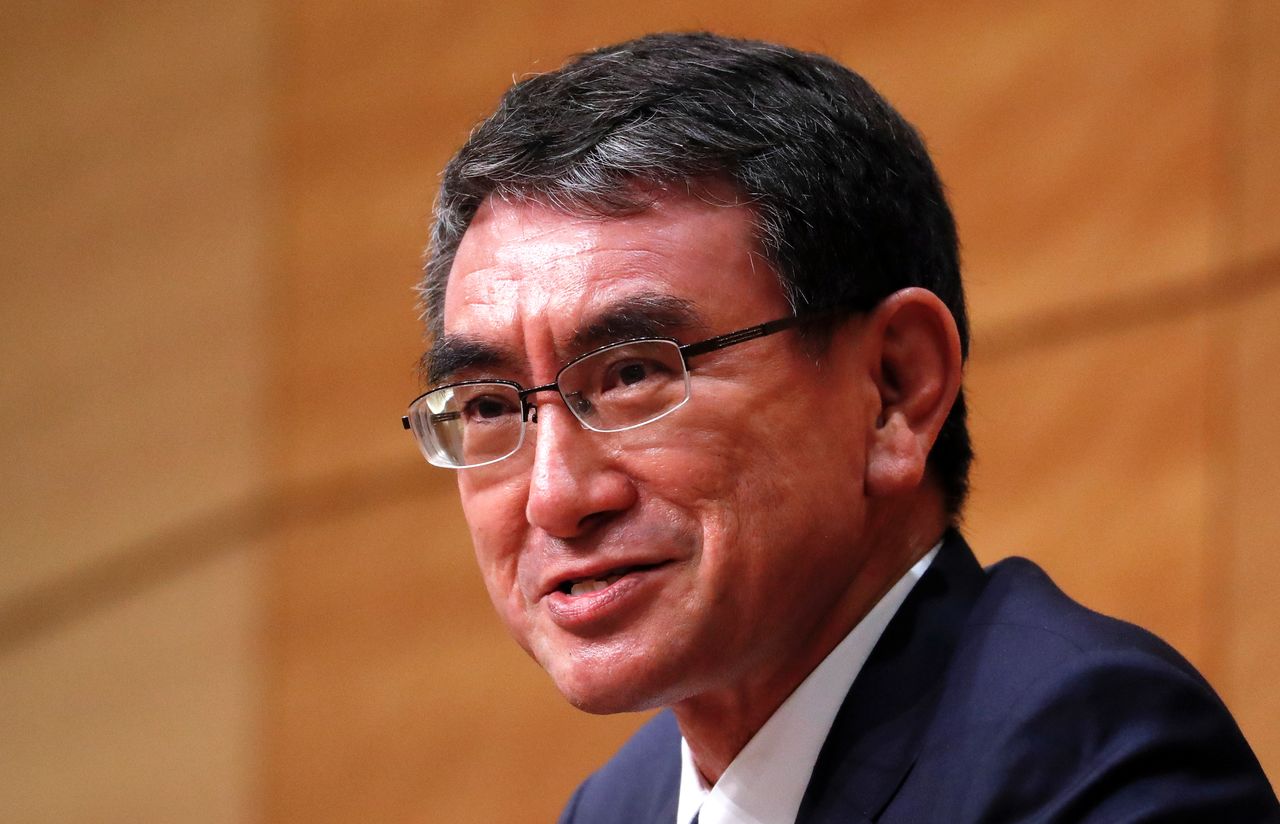 TOKYO (Reuters) - Japan's stock investors have raised bets Taro Kono will become the country's next prime minister, snatching up renewable energy and office technology shares that are expected to benefit under his economic policies.

At the same time, investors are now trimming holdings of some medical service shares that had previously benefited on now fading expectations former foreign minister Fumio Kishida, an advocate of spending in that sector, could succeed outgoing Prime Minister Yoshihide Suga.

Weekend polls showed vaccine minister Kono emerging as a strong favourite to become the next leader of the ruling Liberal Democratic Party, and therefore prime minister, well ahead of Kishida and former defence minister Shigeru Ishiba.

While there are few specific details about each candidate's economic platforms, investors are nonetheless positioning themselves ahead of the Sept. 29 LDP vote.

"Some foreign investors are buying Japanese stocks on Kono hopes," said Hiroyuki Ueno, senior strategist at Sumitomo Mitsui Trust Asset Management. "But his economic policies are still not that clear, including his stance on the Bank of Japan's monetary policy, so there is a risk markets may get disappointed."

Kono is known as a critic of nuclear power and investors expect him to promote a further shift to renewable energy given Japan last year adopted a carbon neutral goal.

His improved political prospects since the start of the month have pushed renewable energy firm Renova up 47% over that period while rival West Holdings has gained 26%, easily beating 6.5% gains in the broad Topix index.

Similarly, Kono, as administrative reform minister, has spearheaded efforts to abolish the use of "hanko" seals, personal signature stamps traditionally used for managerial approval and seen as a symbol of Japanese corporate inefficiency.

Kishida has pledged to expand the country's medical capacity to deal with the COVID-19 outbreak so his candidacy and initially strong support helped shares in that sector.

However, his subsequent loss of momentum has hit those shares with Leoclan, a medical equipment trading firm, shedding some of its gains of more than 20%. MRT, which offers web-based staffing service for doctors and hospitals, also lost steam.