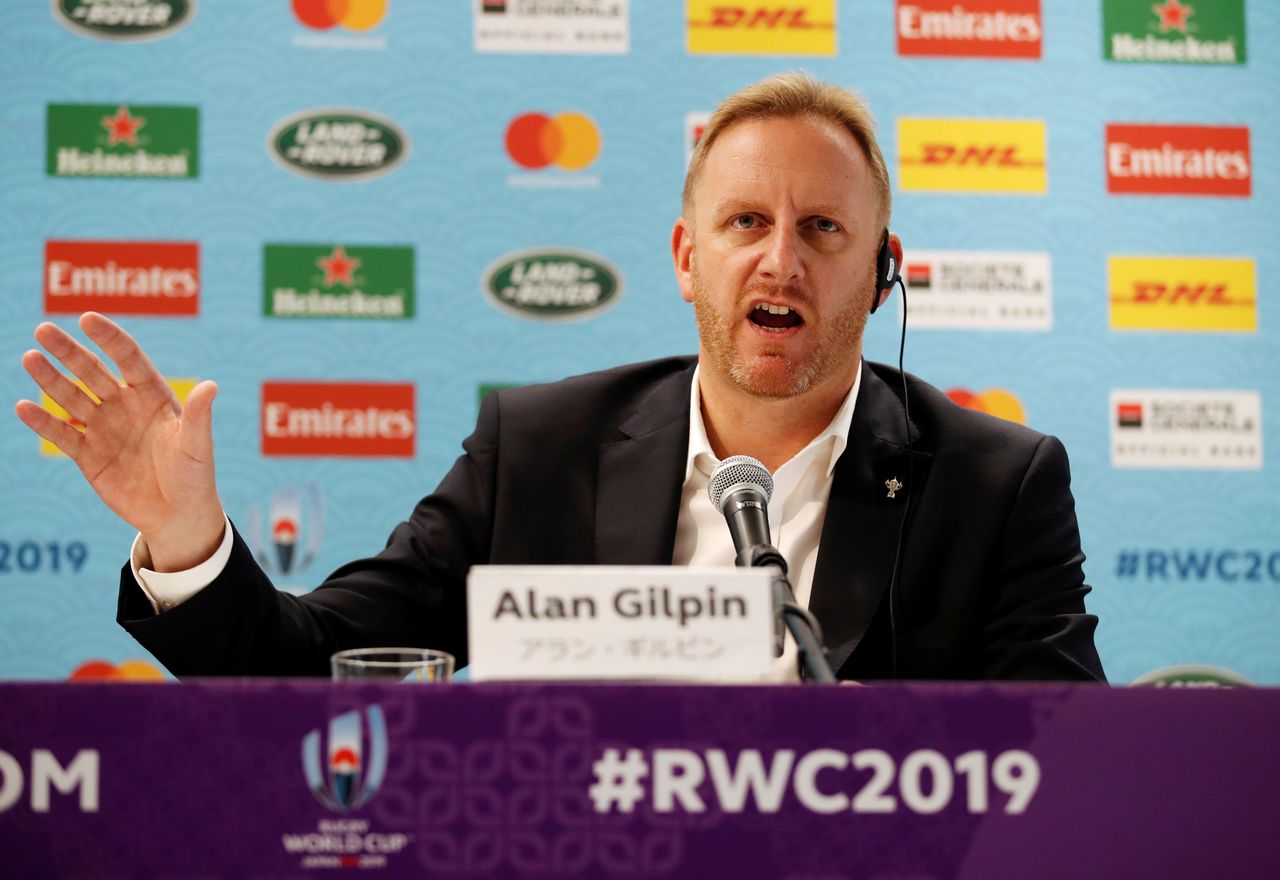 LONDON (Reuters) -World Rugby (WR) Chief Executive Alan Gilpin said staging the Rugby World Cup every two years instead of every four is an "interesting concept" but that all stakeholders would have to be given their say before the idea was even considered.

The comments come after world soccer's governing body floated the idea of a biennial World Cup, with FIFA's congress voting to carry out a feasibility study on the proposal.

Japan hosted the last Rugby World Cup in 2019 and France is set to stage the next edition of the sport's global showpiece event, first held in 1987, in two years' time.

Gilpin, WR Chairman Bill Beaumont and France 2023 director general Claude Atcher met in Paris this week, and although WR said a biennial World Cup was not among items on the agenda and remains unlikely in the near future, it is not being totally dismissed.

"Biennial World Cups have been considered before and they're definitely something that we will continue to consider," Gilpin was quoted as saying by the Telegraph https://www.telegraph.co.uk/rugby-union/2021/09/13/future-rugby-revealed-biennial-world-cup-law-changes-ai-role on Monday.

"It's an interesting concept, especially when you think about the global development of the women's game too.

"But the men's calendar is very congested and complex, with a lot of different stakeholders, and we have to make sure we engage with them all before we consider a World Cup every two years."

With the continuing pressure to ease player workload and reform the sport's calendar - an even hotter topic after the launch last week of a potential new 12-a-side competition, a change from the four-year cycle would seem unlikely any time soon.

Of more pressing concern is the 2023 tournament and improving the chaos surrounding ticket sales. There were widespread problems when it launched its first phase in March and disgruntled fans will be hoping for a better experience when the next tranche goes on sale on Sept. 28.

"No one could have expected the kind of activity we saw," Atcher said of the initial launch. "The first day that we opened, three hours before tickets went on sale, there were already 250,000 people connected to the site.

"The first day we had just seven minutes of breakdown in the system. The second day, we had queuing issues. We had over €7 million worth of tickets bought on fraudulent credit cards, which is unbelievable. When those cards got to the purchasing stage, they were declined and that affected the queue.

"On the third day, there were no issues, and we were selling 4,000 tickets a minute. We are totally confident for the next phase."