BEIJING (Reuters) - Chinese retailer Miniso Group will open a 'flagship' New York store and nearly double its U.S. outlets this year, betting post-pandemic shoppers on a budget will snap up cheap but fun goods for homes and work like $10 soft toy cats and $4 staplers shaped like avocados.

At less than 60 outlets, Miniso's U.S. presence will still be dwarfed by giant low-price retailers like Dollar Tree, as well as its own home Chinese base of nearly 3,000 stores.

But Miniso says it's moving quickly to take advantage of lower rents in the pandemic-hit U.S. economy, and Vincent Huang, a company vice president responsible for overseas business, told Reuters he ultimately sees potential for "thousands" of U.S. stores.

The plan highlights the vaulting ambition of a company founded just eight years ago in Guangzhou that now reels in about $1.41 billion in annual revenue, and is listed in New York with a $4 billion market value. Shares have dropped 2.3% since its October 2020 float, amid a broad COVID-induced retail slump, but it counts the likes of Chinese tech giant Tencent and Hillhouse Capital among investors.

The expansion also comes at a pivotal moment for malls across the United States, with many storied retail names having succumbed to the scything downturn in sales that swiftly followed the first wave of the coronavirus pandemic in 2020.

Among brands that disappeared from the U.S. retail landscape was Flying Tiger Copenhagen, a Danish variety store chain that is a rival to Miniso in many markets around the world, but closed its 13 U.S. outlets in November last year.

With some 4,800 stores around the world in more than 90 countries, Miniso will have 54 outlets in the United States by the end of this year, up from 30 at the start, Huang said.

"We choose to expand our presence in the U.S. now for several reasons, including that the cost of a new store opening following COVID-19 is lower," Huang said in a recent interview.

The new stores include the November opening in the recently launched Tangram mall in Flushing, New York - an area known for a vibrant Asian-American community - of Miniso's first outlet in the city, what Huang called a "flagship" store taking up 3,300 square feet of space, slightly bigger than a tennis court, selling everything from neck pillows to notebooks and make-up.

Expansion costs in the United States had fallen by about 20% mainly due to rental cuts and the pandemic had also made it easier to secure good locations, he said.

"We have always believed that we are an international business and North America is our strategic market," he said.

Miniso describes itself as "a Japanese-inspired lifestyle product retailer", and has in the past been compared to the Muji chain operated by Tokyo-listed Ryohin Keikaku.

But Miniso's busy stores and bargains place it in a segment occupied by Japan's renowned $1 store chain, Daiso Industries - present in the United States since 2005, with a network of nearly 80 stores including a first East Coast branch also in Flushing.

Miniso doesn't disclose exact sales numbers for stores in the United States, where it opened its first outlet in California in 2017, but last month it reported it booked about 20% of its 9.07 billion yuan ($1.41 billion) overall revenue for the fiscal year ended June from its 1,800 overseas stores, in countries such as Mexico, Indonesia and India.

Huang said Miniso's U.S. sales have recovered to pre-COVID-19 levels, with sales in the first half of 2021 seeing a rise of 73% year on the year. "We are more popular than ever since the pandemic," he said.

"Ultimately, consumers do not care whether we are Chinese or Japanese, American or European," said Huang. "What concerns consumers is whether they can buy good value products with the least amount of money." 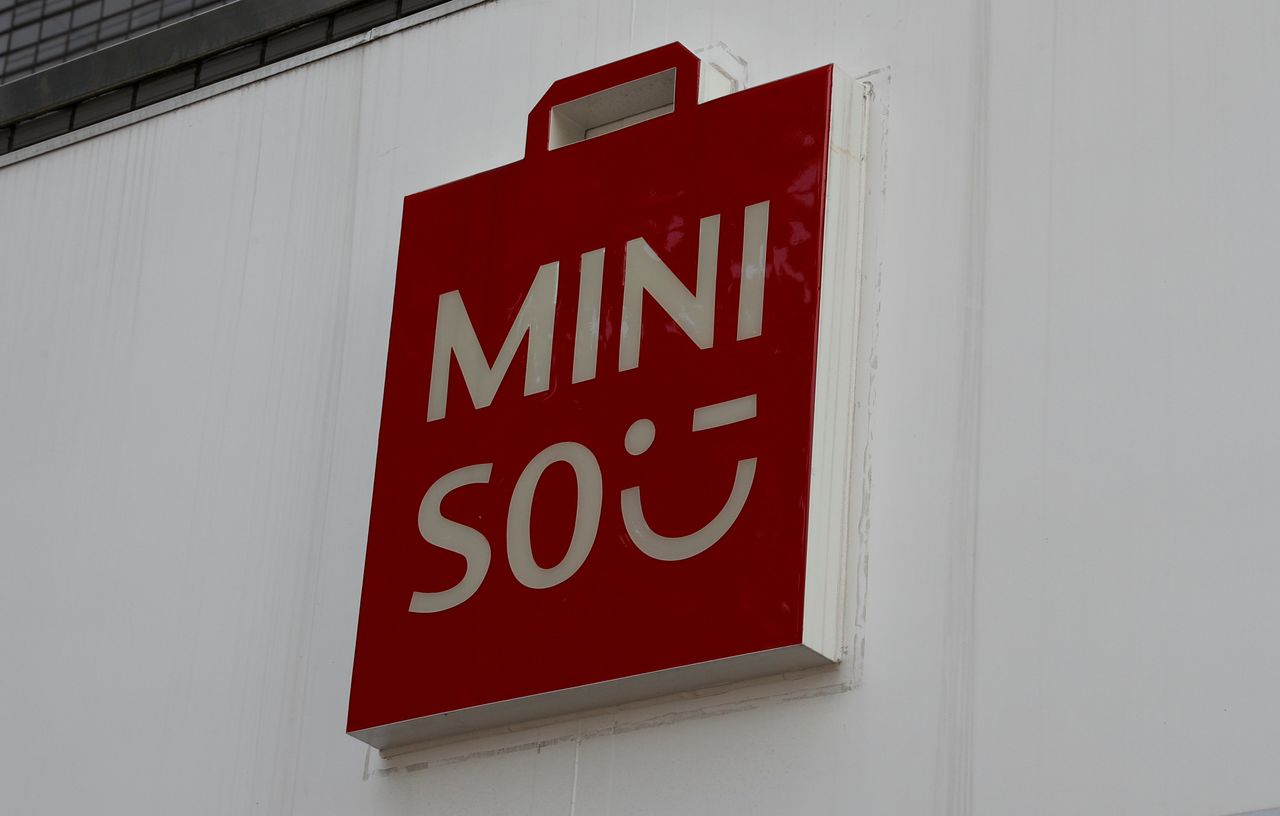 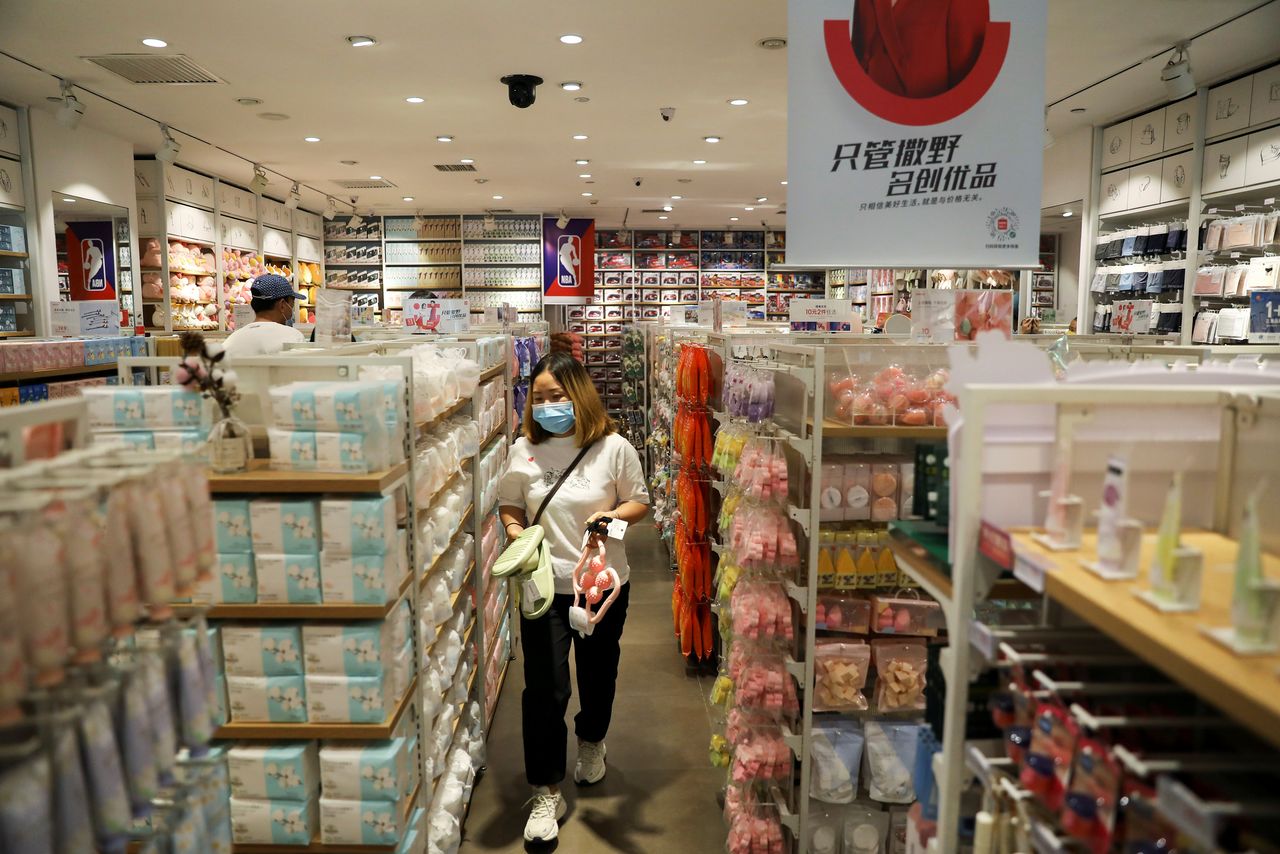 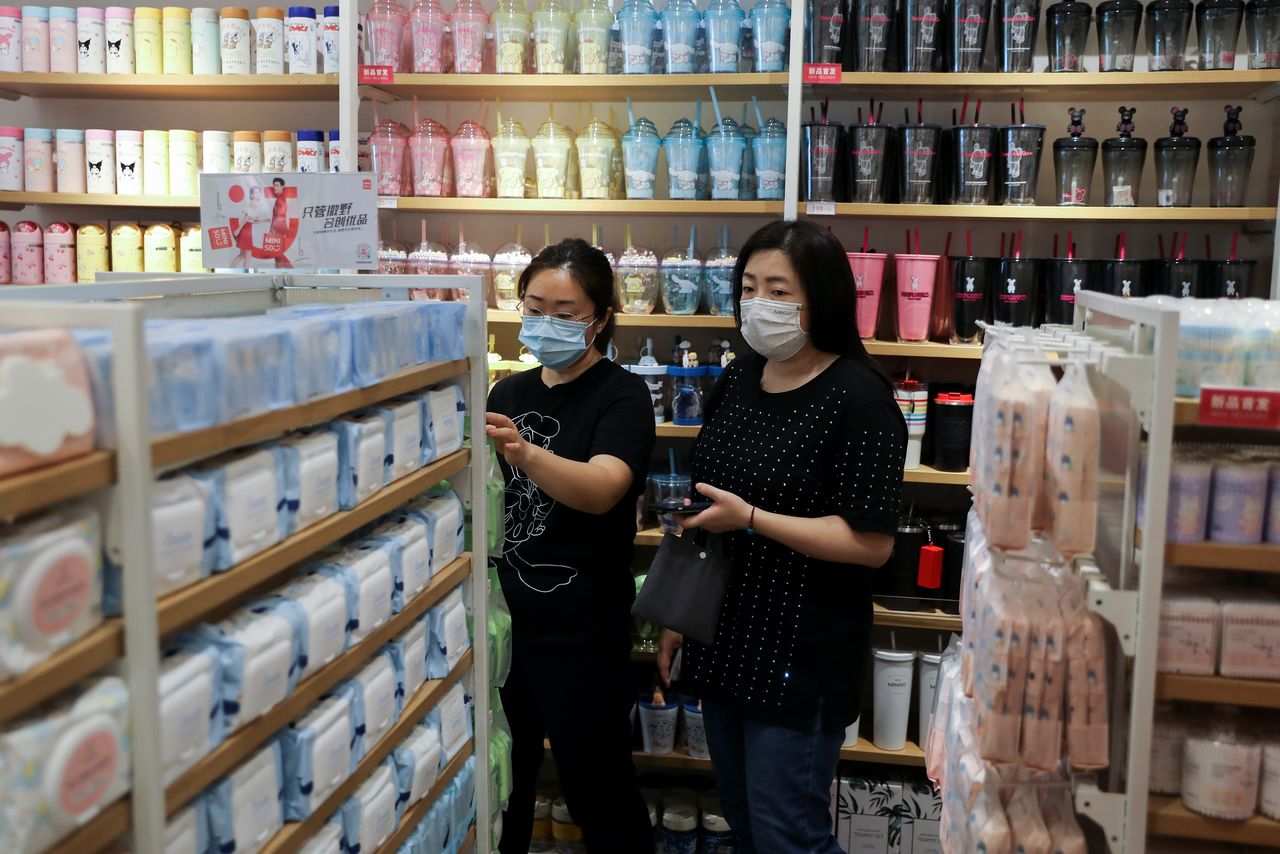 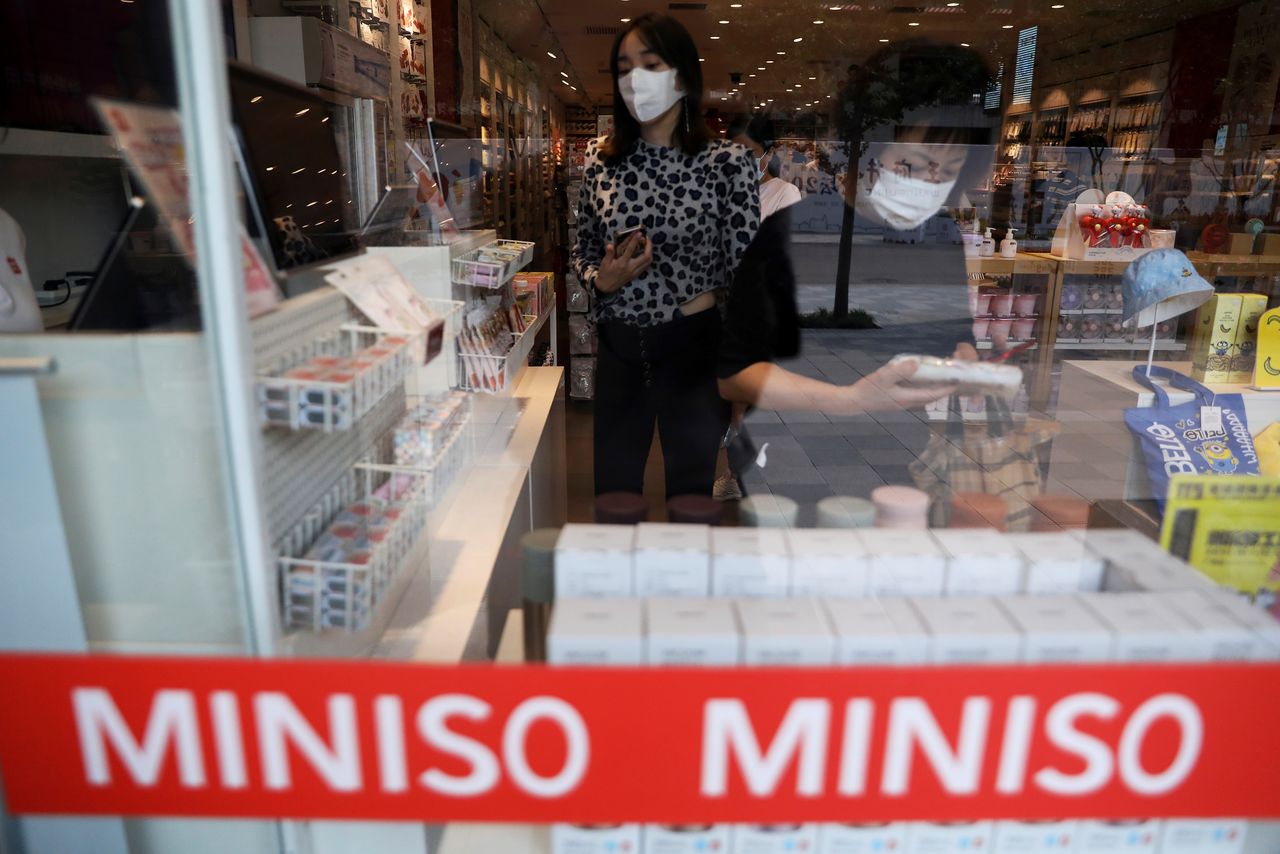 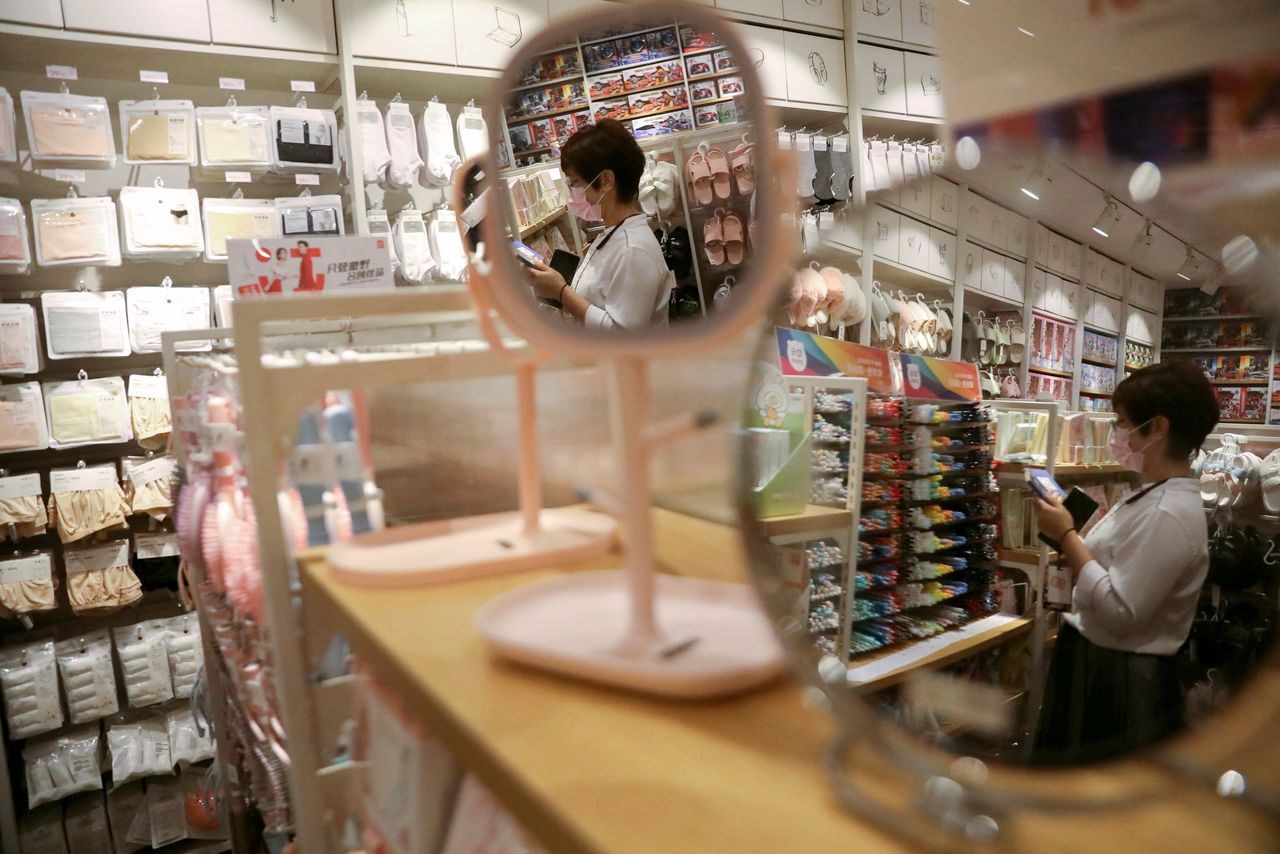