Tennis-Raducanu's toughest challenge is coping with the fame game 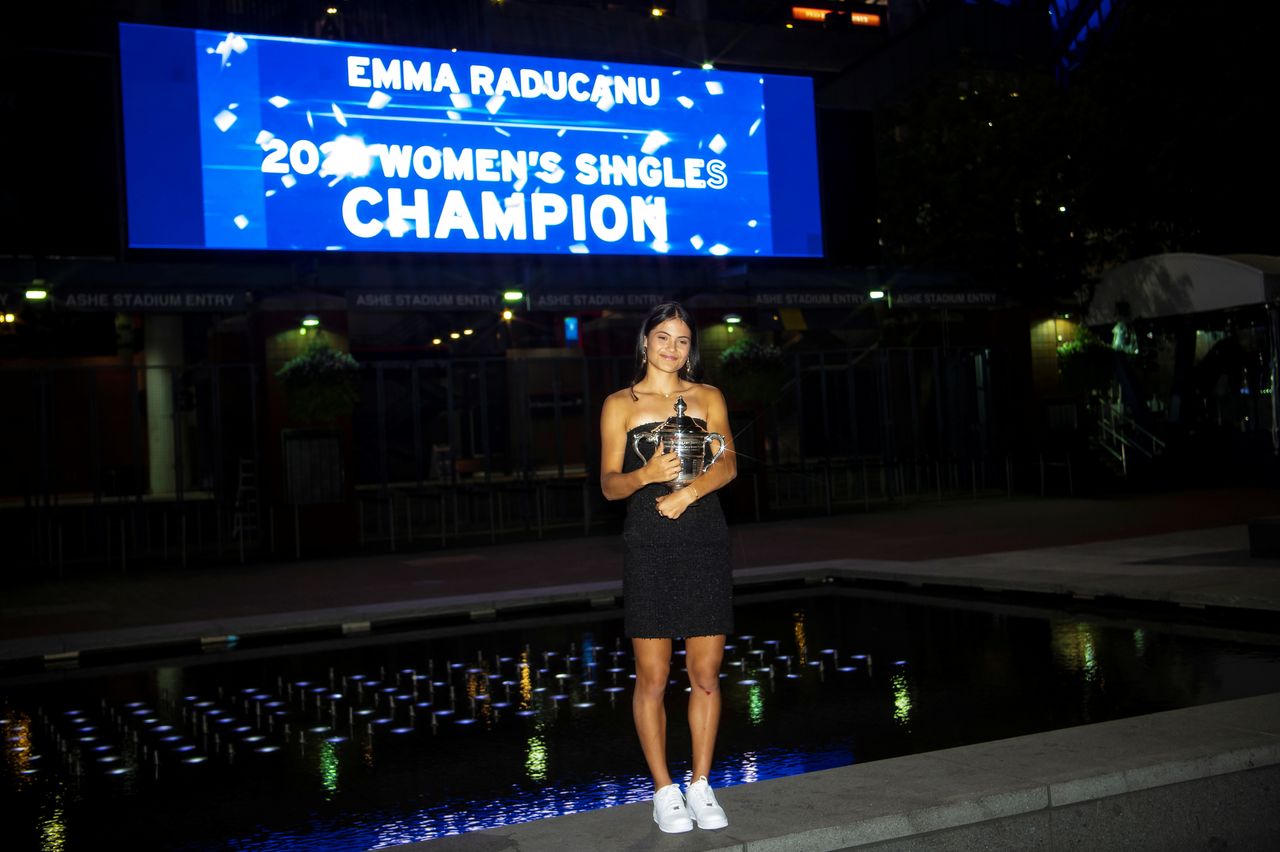 (Reuters) - Emma Raducanu has spent her time hopping from one media interview to another since her fairytale U.S. Open triumph and how she deals with her new-found fame could be as important as her tennis skills for her long-term success.

The 18-year-old Briton stunned the world with her improbable run to the title last week, triggering comparisons with some of the greatest achievements in sport.

Her innocence, youthful exuberance and contagious smile have made Raducanu an instant hit with fans and the media and sports marketing experts believe she could become one of the world's most marketable athletes.

Raducanu is not the first teenager to win a Grand Slam title, of course, and the experiences of other women who have made their breakthroughs on the game's biggest stage in recent years illustrate that sudden fame can be a mixed blessing.

"I often say that we prepare how to deal with a loss but we often don't prepare for success," Daria Abramowicz, a sports psychologist who works with Pole Iga Swiatek who won the French Open at the age of 19 last year, told Reuters.

"The biggest challenge from psychological perspective as we consider high performance sports is to adapt and adjust to this new reality ... in terms of partnership, sponsorship, business side of things."

Swiatek's French Open triumph was almost as stunning as Raducanu's and she said it changed her life overnight, leaving her struggling to adjust to her celebrity status and keep up with the financial and media demands.

The most graphic example is that of Japan's Naomi Osaka, who has been marked as the next dominant player in women's sport since she announced herself on the big stage with her U.S. Open triumph in 2018.

Still only 23, four-times major champion has struggled with mental health issues she thinks were triggered by the massive burden of expectation on her.

Raducanu has experienced help at hand as she is managed by super-agent Max Eisenbud, who turned Maria Sharapova into the highest-earning female athlete after the Russian won Wimbledon aged 17.

Katie Spellman, who represents multiple major winners Simona Halep and Petra Kvitova, said her advice to Raducanu's team would be to focus on quality over quantity in terms of media commitments.

Spellman also suggested professional media training for her and addition of someone to Raducanu's team who could help the teenager manage her social media accounts, which have seen the number of followers rocket in last few days.

It is not just the higher profile that will change things for Raducanu going forward, however, but also the attitude and approach of her opponents on court.

"The other players will be preparing for her game, will try to find her weakness on court, won't be surprised with the level or tactics for example, that's the work that people are doing right now in tennis on a daily basis," Abramowicz added.

That means that achieving more success after the initial breakthrough can take time, if it comes at all.

Swiatek has reached one Grand Slam quarter-final since her Roland Garros triumph, while Jelena Ostapenko has not come anywhere near matching her 2017 French Open success.

Bianca Andreescu's win over Serena Williams in the 2019 U.S. Open final was considered a seismic event in women's tennis, but the Canadian has not won a WTA title since, although injury did wipe out her entire 2020 season.

Even Williams, widely regarded as the greatest women's player ever, took three years to win her second Grand Slam title after her first as a 17-year-old at the 1999 U.S. Open.

"The organisation (WTA) has a lot of experience with a lot of players that have been in similar situation (to Raducanu)," said Abramowicz.

"We should remember that for every single one of them, it's their first time. So if we can share experience and help to educate that probably will be the best."

(Reporting by Sudipto Ganguly in Mumbai; editing by Nick Mulvenney and Ed Osmond)