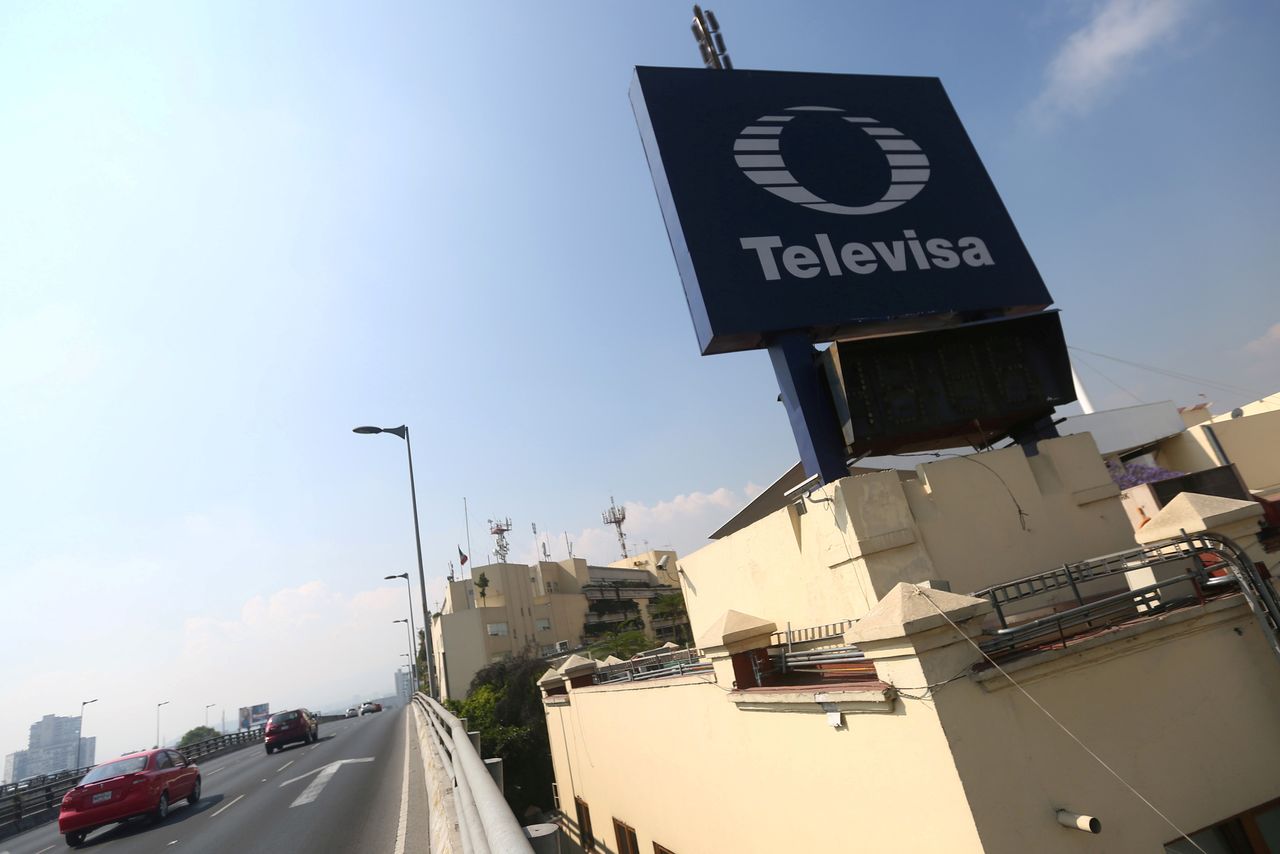 FILE PHOTO: The logo of broadcaster Televisa is seen outside its headquarters in Mexico City, Mexico, March 9, 2017. REUTERS/Edgard Garrido/File Photo

MEXICO CITY (Reuters) -Mexico's telecommunications regulator IFT said on Tuesday it had authorized the plan for U.S.-based Spanish-language broadcaster Univision to acquire the content business of Mexico's Grupo Televisa in a deal to create a new company.

The two companies in April announced a plan to create a new firm called Televisa-Univision https://www.reuters.com/business/media-telecom/mexicos-televisa-says-merge-content-with-univision-new-media-company-2021-04-13, which will feature Spanish-language video content from both broadcasters, including soap operas known as telenovelas, sports and movies.

The IFT said in a statement its analysis did not find anti-competitive effects.

The transaction, partially financed by a $1 billion Series C preferred investment led by the SoftBank Latin American Fund, with participation from ForgeLight, Google and The Raine Group, is expected to close this year.

The deal is subject to regulatory approvals in the United States and Mexico, as well as Televisa shareholder approval.

A spokesperson for Televisa and a media representative for Univision both declined to comment.

Televisa-Univision is planning to launch a global streaming platform to serve Spanish speakers, which will take on established rivals including Netflix Inc and Disney Plus.

The streaming service will first launch in the United States and Mexico before expanding elsewhere in Latin America and Europe https://www.reuters.com/business/media-telecom/televisa-univision-venture-aims-global-spanish-streaming-service-2021-04-14, company officials said.

Televisa has previously said it will hold a 45% equity stake in Televisa-Univision. It will also continue to own and operate izzi Telecom, Sky Mexico, and other businesses, as well as its main real estate production facilities, the broadcasting licenses and transmission infrastructure in Mexico.

(Reporting by Cassandra GarrisonEditing by Alistair Bell and Mark Potter)