SEOUL (Reuters) - North Korea and South Korea test fired ballistic missiles on Wednesday, the latest volley in an arms race https://www.reuters.com/article/us-northkorea-missiles-southkorea-analys-idUSKBN2BM0G8 in which both nations have developed increasingly sophisticated weapons while efforts prove fruitless to get talks going on defusing tensions.

North Korea fired a pair of ballistic missiles that landed in the sea off its east coast, according South Korean and Japanese officials, just days after it tested a cruise missile https://www.reuters.com/world/asia-pacific/nkorea-test-fires-long-range-cruise-missile-kcna-2021-09-12 that analysts said could have nuclear capabilities. Japan's defence ministry said the missiles landed inside Japan's exclusive economic zone (EEZ), contradicting earlier comments that they fell outside its waters.

North Korea has been steadily developing its weapons systems amid a stand-off over talks aimed at dismantling its nuclear and ballistic missile arsenals in return for U.S. sanctions relief. The negotiations, initiated between former U.S. President Donald Trump and North Korean leader Kim Jong Un in 2018, have stalled since 2019.

The U.S. military's Indo-Pacific Command said the North Korean launches did not pose an immediate threat to U.S. personnel, territory or allies, but highlighted the destabilising impact of its illicit weapons programme.

Japanese Prime Minister Yoshihide Suga called them "outrageous" and a threat to peace and security in the region.

The latest launches came as the foreign ministers of South Korea and China held talks in Seoul https://www.reuters.com/world/asia-pacific/skorea-china-hold-talks-over-nkorea-missile-test-stalled-diplomacy-2021-09-15 amid concern over North Korea's tests and the stalled denuclearisation negotiations.

Chinese Foreign Minister Wang Yi, when asked about the cruise missile tests, said all parties should work to promote peace and stability on the Korean peninsula.

"Not only North Korea but other countries are carrying out military activity," he told reporters.

In a meeting with Wang on Wednesday, Moon asked for China's support to restart dialogue, saying North Korea has not been responding to South Korean and U.S. offers for talks or engagement such as humanitarian aid, Moon's spokesperson said.

Moon cited nuclear-armed North Korea's "asymmetric capabilities" as a reason for South Korea, which is not a nuclear power, to develop better missiles.

South Korea has been pursuing a range of new military systems, including ballistic missiles, submarines and its first aircraft carrier. It has a stated policy of non-proliferation of nuclear weapons and a nuclear-free Korean peninsula.

"Enhancing our missile capability is exactly what's needed as deterrence against North Korea's provocation," Moon said, while stressing that the SLBM test was pre-planned and not a response to North Korean launches.

The arms race has accelerated under Moon for a number of reasons, including his push for more foreign policy autonomy, wariness of relying on the United States after Trump's presidency and military developments in both North Korea and China, said Ramon Pacheco Pardo, a Korea expert at King's College London.

"South Korea would face many political and legal obstacles to develop nuclear weapons, both internal and external," he said. "So it will develop all other capabilities to deter North Korea and show who the strongest Korea is."

Without mentioning the latest launches by North Korea, she called its activities routine defensive measures, while saying that inter-Korean ties could break down if Moon continues to "slander" Pyongyang.

She said it is "illogical" and "foolish" to portray South Korean behaviour as a legitimate action to support peace and North Korea's actions as a threat. 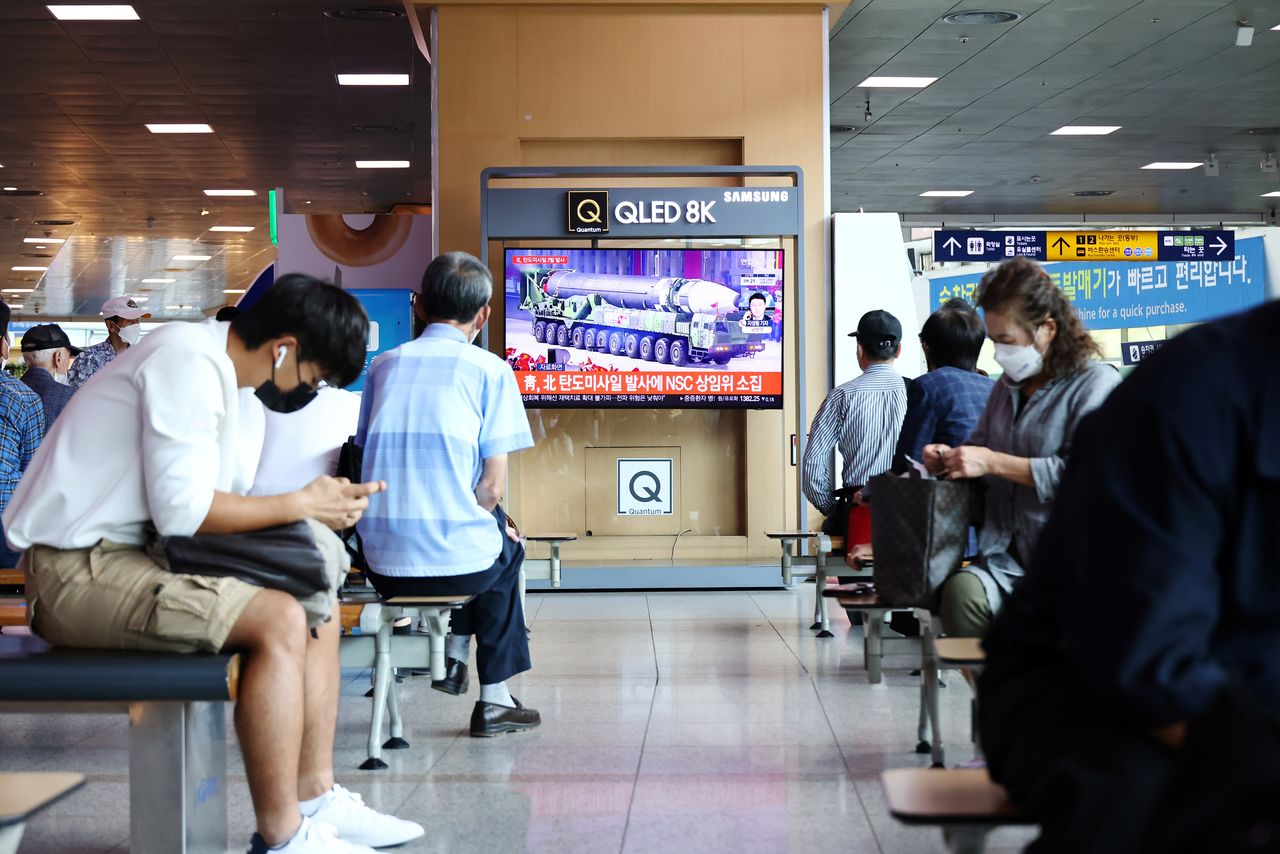 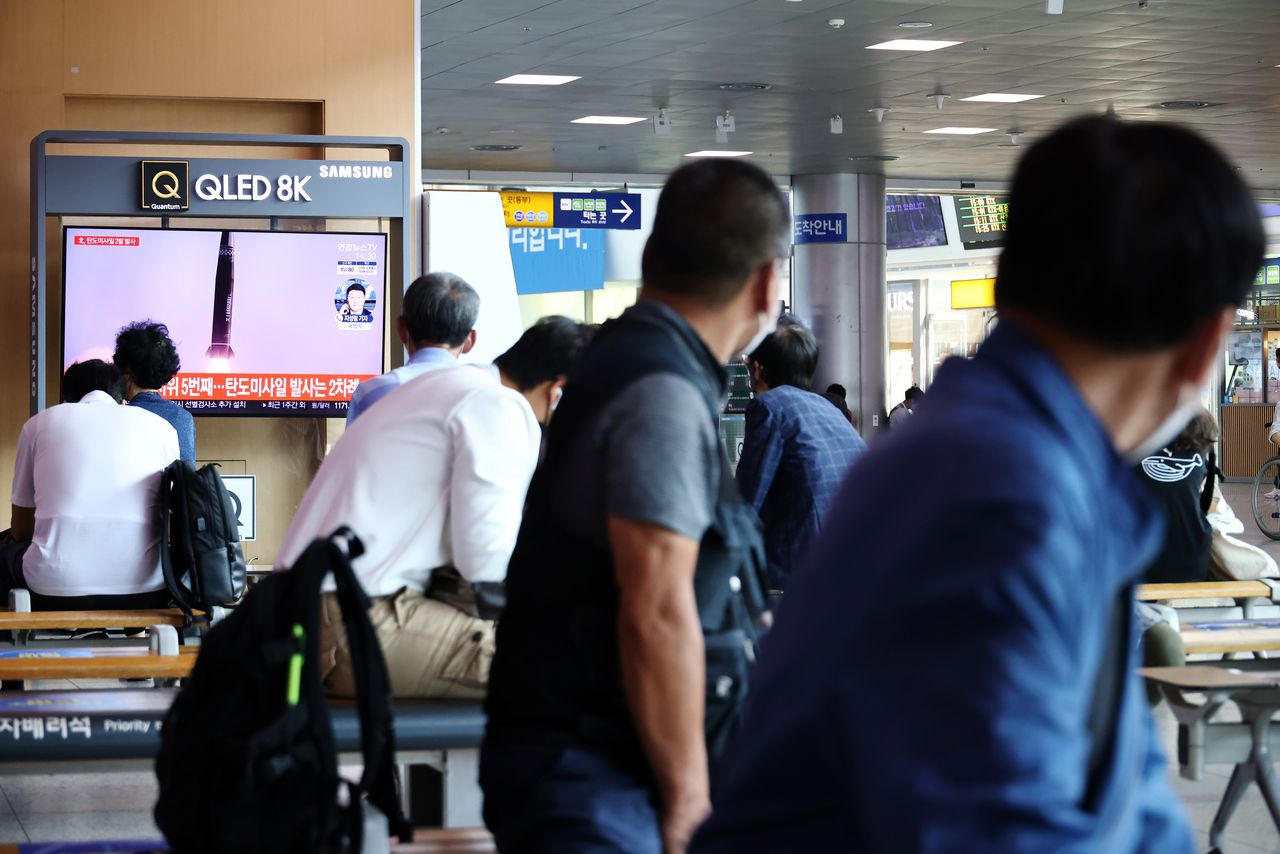