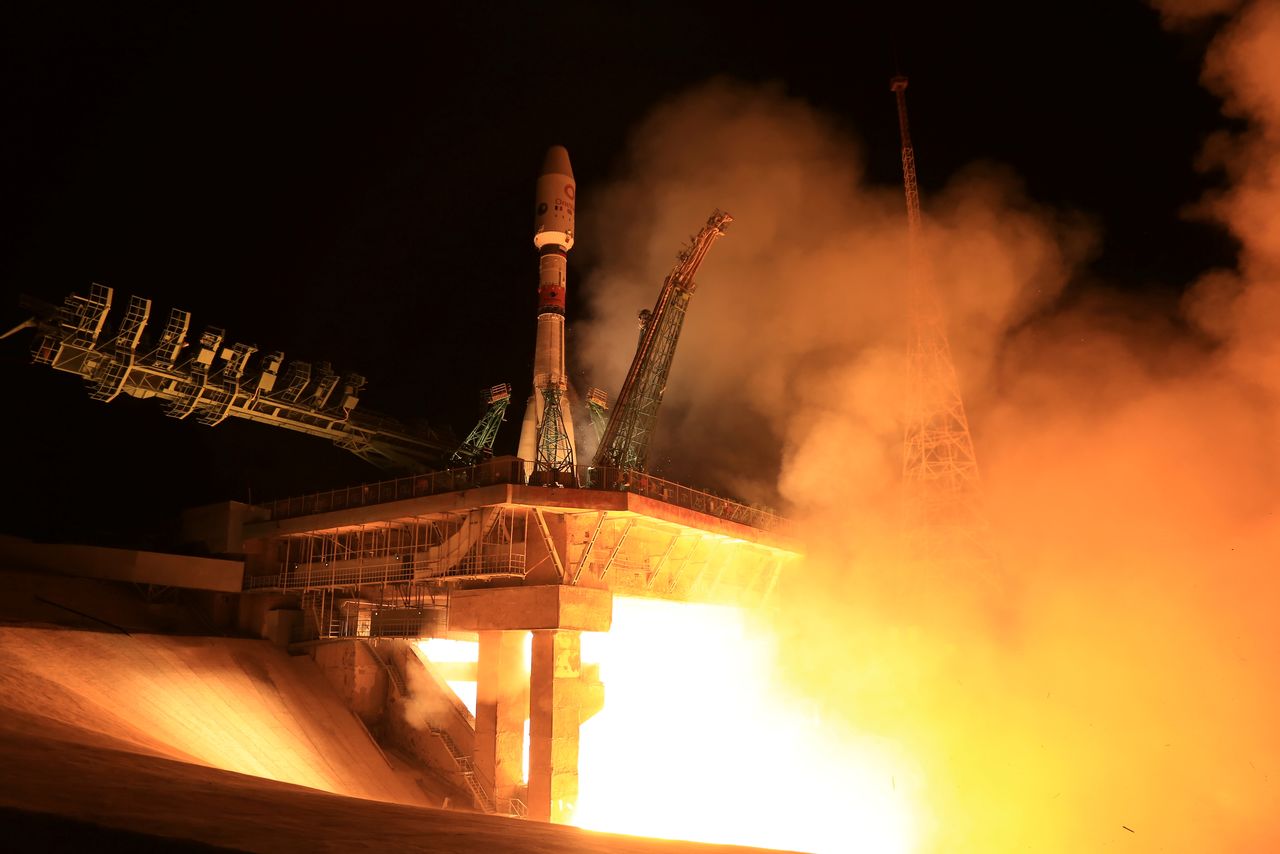 A Soyuz-2.1b rocket booster with a Fregat upper stage and satellites of British firm OneWeb blasts off from a launchpad at the Baikonur Cosmodrome, Kazakhstan September 14, 2021. Roscosmos/Handout via REUTERS

MOSCOW (Reuters) - British-based firm OneWeb launched 34 satellites into orbit from a cosmodrome in Kazakhstan, expanding its in-orbit constellation to 322 satellites, it said on Wednesday.

The satellites lifted off from Kazakhstan's Baikonur cosmodrome at 1807 GMT on Tuesday, it said in a statement.

OneWeb plans to launch a total of 648 low earth orbit satellites to roll out a high-speed global internet connection including to the most remote corners of the world.

The launch, carried out by Arianespace, keeps OneWeb on track to start a service in swathes of the northern hemisphere this year and to deliver a global service next year, it said.

OneWeb resumed satellite launches in December after emerging from bankruptcy protection with $1 billion in equity investment from a consortium of the British government and India's Bharti Enterprises.

It has received further financing from Bharti as well as investment from Eutelsat Communications and Japan's Softbank.