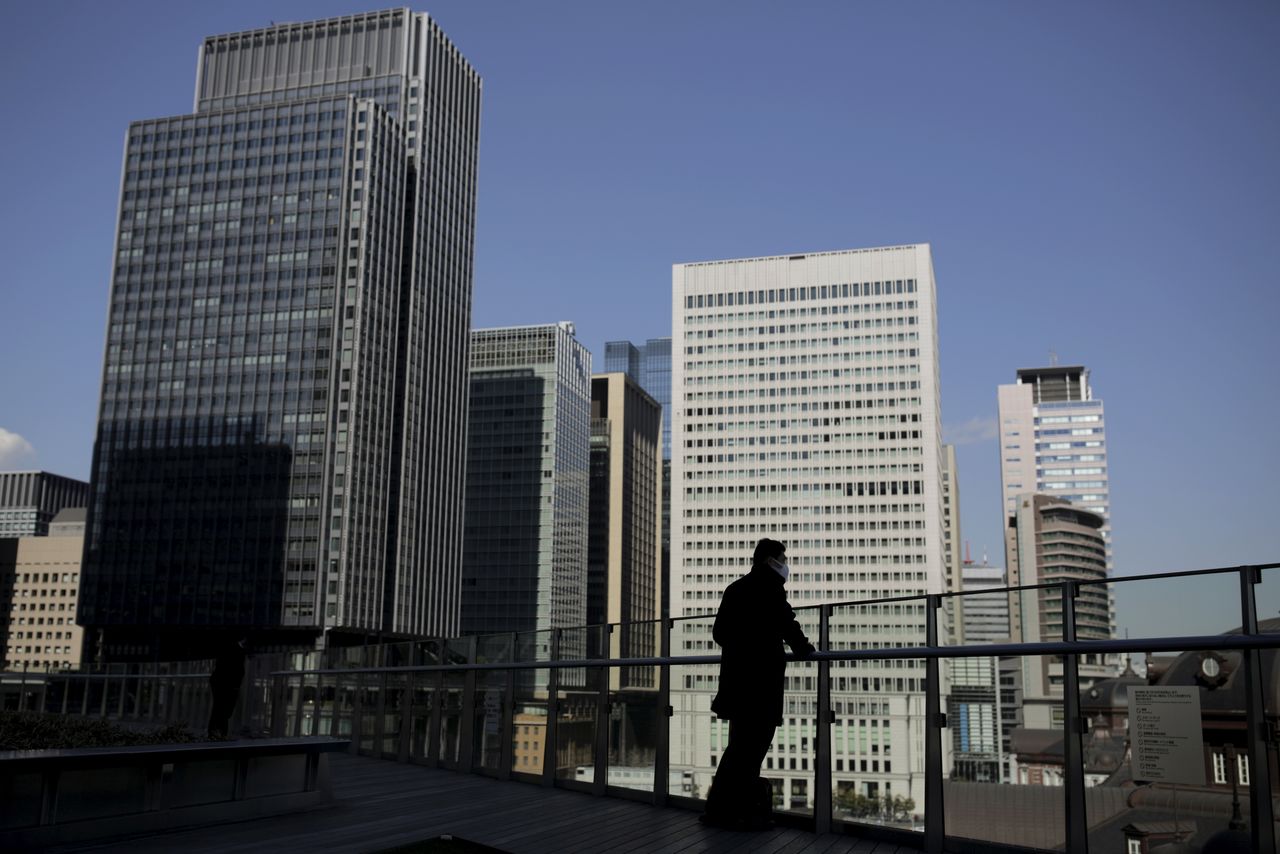 TOKYO (Reuters) - A majority of Japanese firms say the world's third-largest economy will recover to pre-pandemic levels in fiscal 2022, a Reuters poll showed, with many anticipating they will continue to face COVID pains until next year or later.

The Corporate Survey results underscored a cautious view of Japan Inc on the economy, which stood in contrast with the government's optimistic estimate that gross domestic product (GDP) will return to pre-COVID levels later this year.

Revised government data last week showed Japan's economy grew 1.9% in April-June, backed by solid capital spending, but economists say a resurgence in the pandemic will put a drag on the pace of recovery in the coming quarters.

"There will be a repeat of the vicious circle of variants and resurgence," a manager of a ceramics maker wrote in the survey on condition of anonymity. "It will take time to contain the pandemic thoroughly."

The manager added that the economy will return to pre-COVID levels in fiscal 2024.

About 16% saw the economy's return to pre-pandemic levels to happen in 2024 or later.

The Sept. 1-10 poll canvassed 500 large and midsize non-financial Japanese corporations, conducted for Reuters by Nikkei Research. About 260 companies responded to the survey.

In the survey, three-quarters of Japanese firms said they were negatively hit by the pandemic while 11% were affected positively. Nearly 60% said negative impacts will disappear in fiscal 2022. About 21% said such effects will fade away this fiscal year and the rest saw it disappearing after fiscal 2022.

Further clouding the outlook, half of Japanese firms said they were being affected by a global chip shortage, which six out of 10 firms said will be resolved next fiscal year.

About 20% said the chip shortage has caused or will cause downward revision to their output and sales plan in fiscal 2021.

Asked which activity they will focus on in a post-pandemic economy, many firms said changes in lifestyle and consumer behaviour as well as digital transformation and decarbonisation.