Suga's abrupt decision two weeks ago to step down set off a flurry of campaigning among senior figures of his Liberal Democratic Party (LDP).

Noda's candidacy, announced on Thursday evening, could mean no single candidate wins on the first round and the election goes to a run-off. That would favour Kishida because grassroots party members are unable to vote in subsequent rounds and factional politics would come to the fore.

Kono, 58, who has regularly topped opinion polls for who Japanese want as prime minister, on Wednesday gained the backing of LDP heavyweight Shigeru Ishiba.

In a group interview, Kono declined to say how much spending would be appropriate, saying the government must lay out targeted areas before debating how big the package should be.

"There shouldn't be a predetermined size of the stimulus package," Kono said. "There needs to be a list of priorities, such as steps to promote renewable energy and expand 5G networks nationwide."

With the COVID-19 pandemic still ravaging the economy, it was "hard to abruptly change" the Bank of Japan's ultra-loose policy, Kono said, adding the central bank must clearly communicate its policy intentions to markets.

Japan has failed to make much headway in its growth strategy, a key element of former premier Shinzo Abe's "Abenomics" stimulus policies, Kono said, signalling that structural reforms would be among his priorities in putting the economy on a solid recovery path.

"It's clear companies' ample internal reserves did not translate into higher wages. We need to make clear that what we'll aim for is higher wages," he said.

Kono, U.S. educated and fluent in English, hopes to parlay a combination of self-belief, strategy and stubbornness into becoming prime minister.

The former defence and foreign minister said every effort must be made to hold talks with North Korean leader Kim Jong-Un but Japan also needed to improve its intelligence-gathering capability.

Kono said he would work for a solution to the issue of Japanese kidnapped by North Korea decades ago, which has long been a Japanese condition for improving diplomatic and economic ties with Pyongyang.

Noting that he had held discussions on the issue with North Korean officials as foreign minister, he also said the only way forward would be talking to Kim.

"I would like to take every possible diplomatic measure to carry this out," he said.

Abe and Suga have both said they were willing to meet Kim without conditions, but the last time Japanese and North Korean leaders met was in 2004, when Junichiro Koizumi met Kim's late father, Kim Jong-il.

Kono veered from mainstream thinking in the conservative LDP, though, by saying he favours same-sex marriage.

"I agree with both," he said of same-sex marriage and allowing husbands and wives to have separate surnames, both of which are not possible in Japan - although some municipalities now issue same-sex partnership certificates.

"When questioning these sorts of values, broad discussion should be held in parliament without being bound by party restraints," he added. 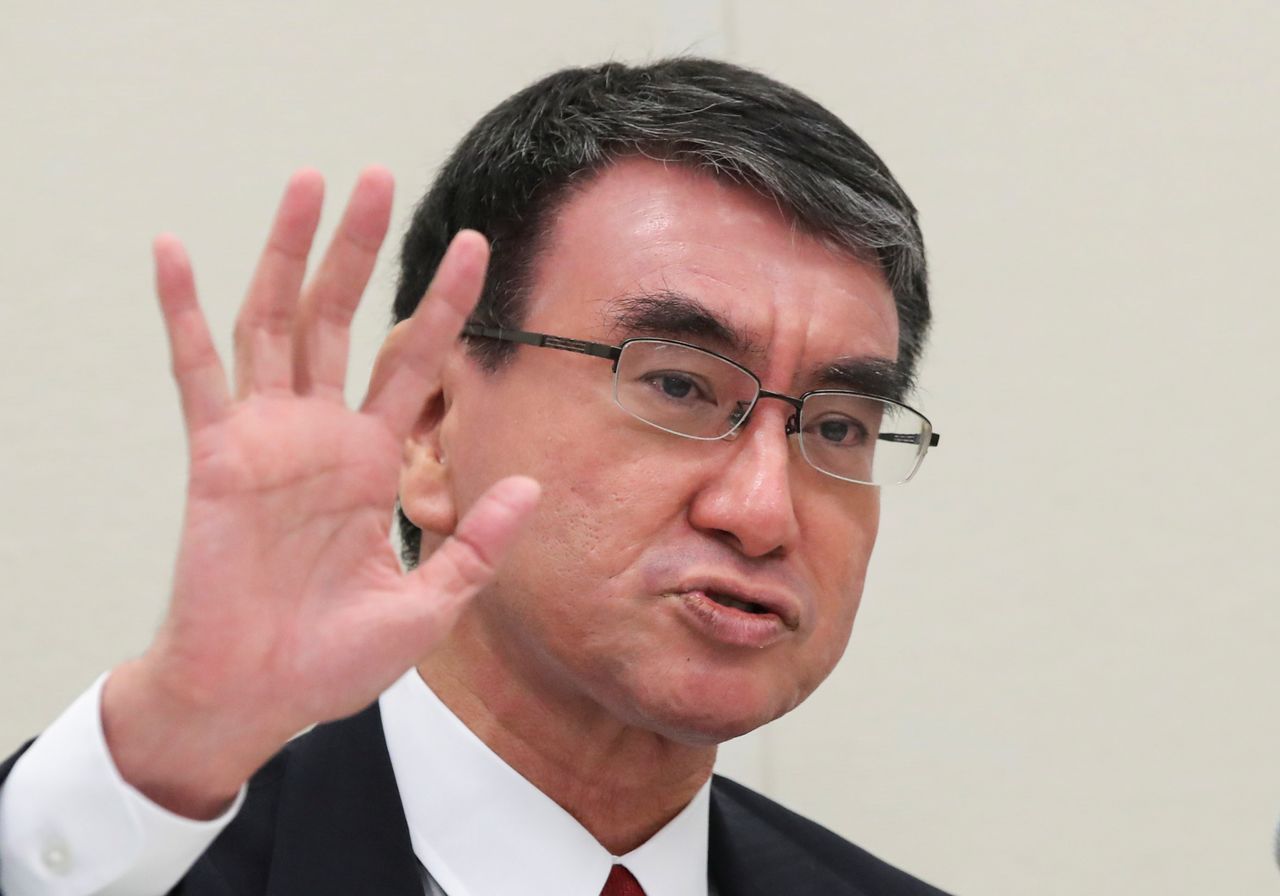 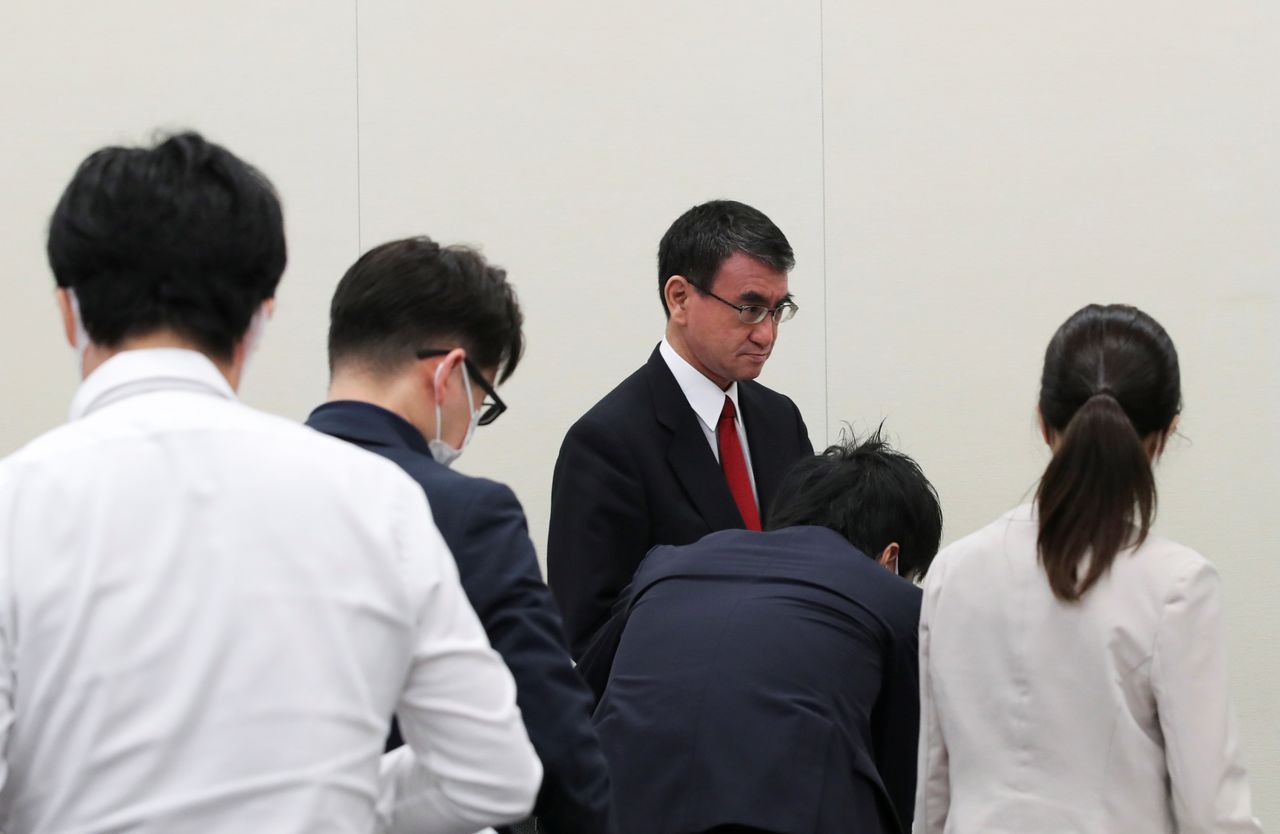 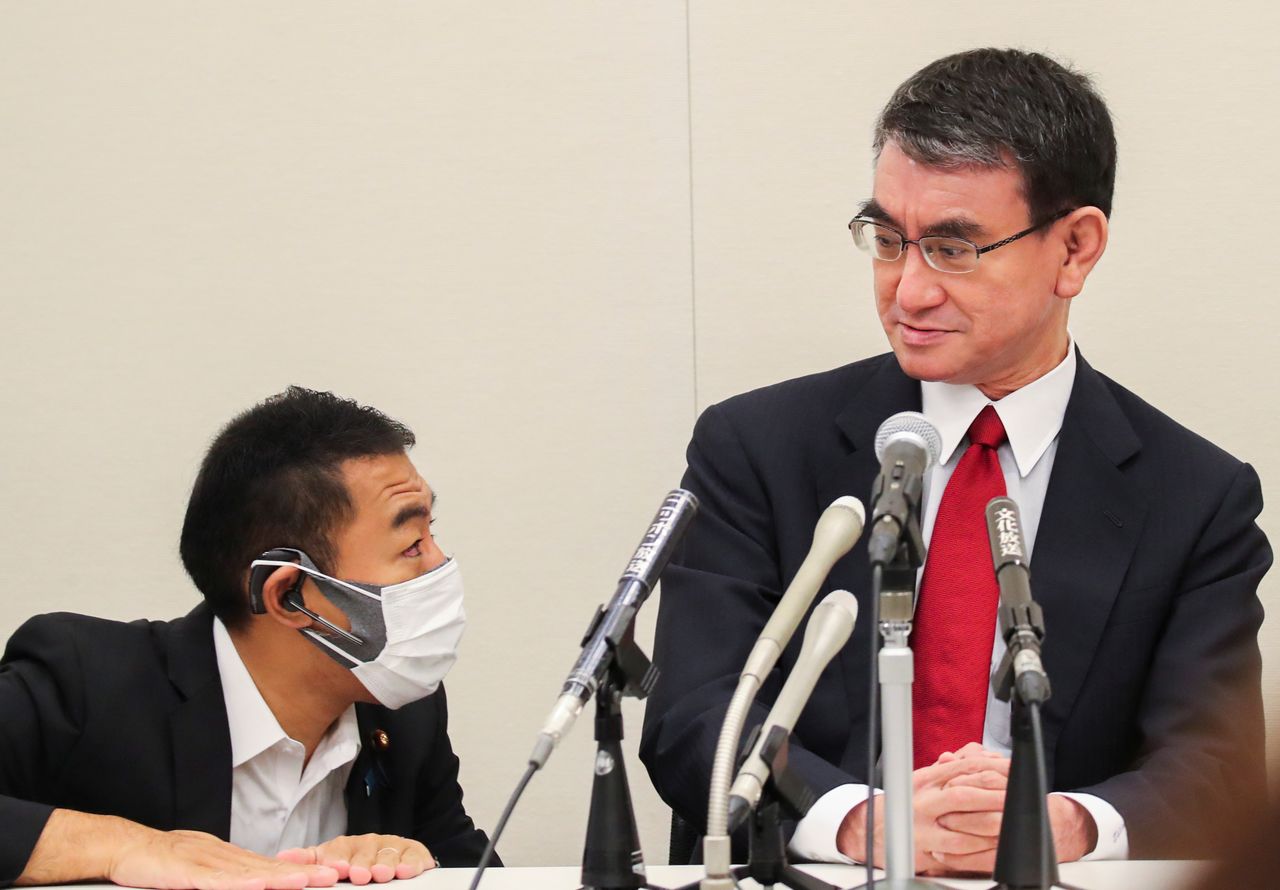 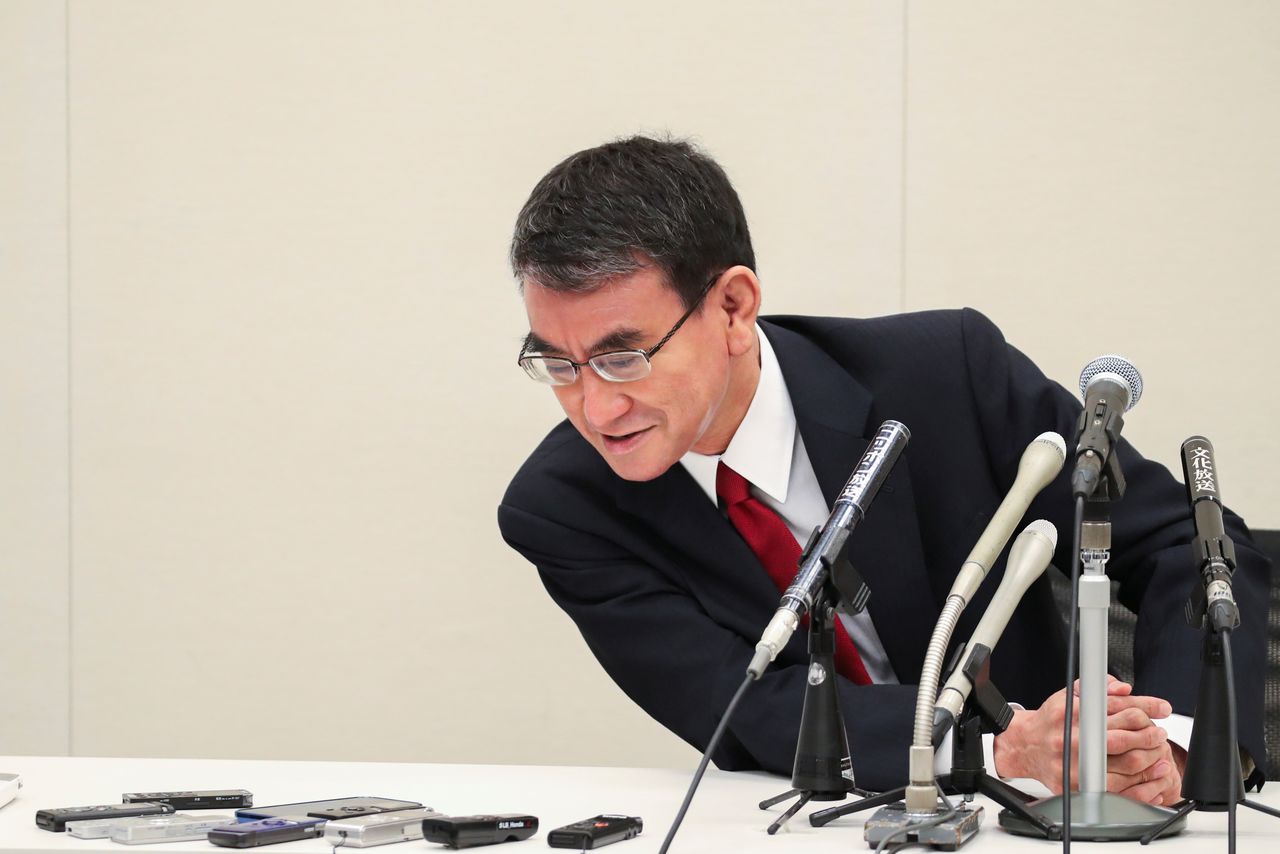