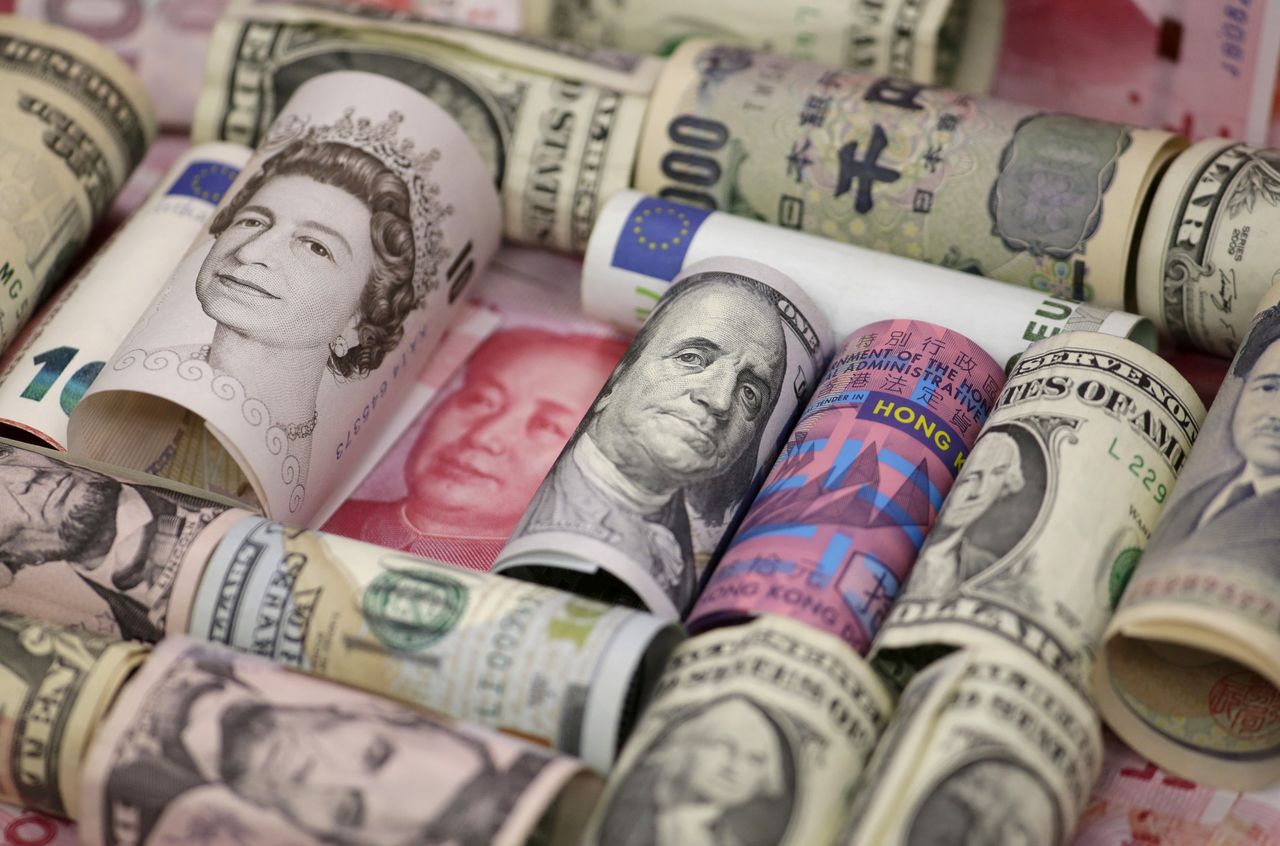 NEW YORK (Reuters) - The dollar rose and hit its highest level in nearly three weeks against a basket of currencies on Thursday after data showed U.S. retail sales unexpectedly increased in August, easing some concerns about a sharp slowdown in economic growth.

The dollar index, which measures the U.S. currency against six others, added to gains following the report and was last up 0.5% at 92.866. It hit its highest level since Aug. 27.

Retail sales rose 0.7% last month, boosted in part by back-to-school shopping and child tax credit payments, while data for July was revised down.

A separate report showed U.S. initial claims for state unemployment benefits increased 20,000 to a seasonally adjusted 332,000 for the week ended Sept. 11. Economists had forecast 330,000 applications for the latest week.

"If you look at the retail sales number, it's quite constructive even with the revisions, so we are seeing the dollar benefit from that, particularly against the funding currencies like the euro, Swiss and the yen," said Bipan Rai, North American head of FX strategy for CIBC Capital Markets in Toronto.

The news could bolster investor expectations for next week's Federal Reserve policy meeting and how soon the U.S central bank will start to taper stimulus.

"It feels like whatever lingering concerns there were with the underlying economy ... that was kind of washed away a little bit. So as we move towards the Fed next week, the evidence backs up the idea that we're going to get a taper signal from the Fed at the meeting," he said.

On Tuesday, the dollar index fell to a one-week low of 92.321 after a softer-than-expected inflation report. Its low for the month was 91.941, on Sept. 3, when payrolls data disappointed.

Investors are looking for clarity on the outlook for both tapering and interest rates at the Fed's two-day policy meeting that ends next Wednesday.

Tapering typically lifts the dollar as it suggests the Fed is one step closer to tighter monetary policy.

It also means the central bank will be buying fewer debt assets, in effect reducing the amount of dollars in circulation, which in turn lifts the currency's value.

The Swiss franc also fell against the dollar and was last at 0.9263 franc per dollar.

Earlier, data showed the country's jobless rate unexpectedly fell to 4.5%, but the statistics bureau said the change reflected a drop in the participation rate rather than a strengthening of the labor market.

AMC Entertainment Holdings Inc boss Adam Aron said in a tweet this week that the theater chain would accept ether, bitcoin cash and litecoin alongside bitcoin for ticket purchases.