SYDNEY (Reuters) - Australia will build eight nuclear-powered submarines under an Indo-Pacific security partnership with the United States and Britain that analysts say will likely rile China, which denounced the creation of blocs intent on harming others.

Australia will be only the second country after Britain in 1958 to be given access to U.S. nuclear technology to build nuclear-powered submarines.

"To meet these challenges, to help deliver the security and stability our region needs, we must now take our partnership to a new level."

In announcing the new security group on Wednesday, the leaders of the United States, Australia and Britain did not mention China, but Washington and its allies are seeking to push back against its growing power and influence, particularly its military buildup, pressure on Taiwan and deployments in the contested South China Sea.

China's U.S. embassy said that countries "should not build exclusionary blocs targeting or harming the interests of third parties".

"In particular, they should shake off their Cold-War mentality and ideological prejudice," it said.

"China will see the suit of announcements today as further evidence of a strengthening coalition to balance its power. It will object, but its own assertive and uncompromising behaviour is driving these new alignments."

New Zealand Prime Minister Jacinda Ardern welcomed the focus on the Indo-Pacific but said Australia's new nuclear-powered submarines would not be allowed in its territorial waters under a long-standing nuclear free policy.

"I am pleased to see that the eye has been turned to our region from partners we work closely with. It's a contested region and there is a role that others can play in taking an interest in our region," Ardern said at a news conference.

Singapore said Prime Minister Lee Hsien Loong told Morrison in a phone call that Singapore had long-standing relations with Australia, Britain and the United States, and hoped the new grouping "would contribute constructively to the peace and stability of the region and complement the regional architecture".

Japanese Chief Cabinet Secretary Katsunobu Kato said Japan would cooperate with the Quad grouping of the United States, Australia and India, as well as Southeast Asia's ASEAN grouping and Europe, to achieve a free and open Indo-Pacific.

"The strengthening of security and defence cooperation among the United States, Britain and Australia is important for the peace and security of the Indo-Pacific region," he said in a regular news conference.

Morrison said Australia would scrap a $40 billion deal with France to develop conventional submarines to replace its ageing Collins-class fleet and negotiate over 18 months with the United States and Britain to build eight nuclear powered submarines.

"Australia has no plans to acquire nuclear weapons and this proposal will remain consistent with Australia’s longstanding commitment to nuclear non-proliferation," he said.

"Like the recently announced plan to acquire long-range anti-ship missiles, this move is intended to deter hostile maritime forces from approaching Australia. China is currently the only country that could pose that kind of threat to Australia," Gill said.

The submarine decision "reflects growing concern in the government about China's military build-up, future intentions in the region and willingness to use coercion", said Maude.

The trilateral security pact could worsen Australia's strained trade ties with its biggest export customer China but its insatiable appetite for resources may limit its punitive responses, say analysts.

China has in recent years imposed hefty tariffs and restrictions on Australian exports of items including wine, beef and barley, and outright banned coal imports to express its anger over Australia's foreign policies.

Morrison will travel to Washington this month to meet leaders of the Quad, a group that has also been criticised by China, to discuss security. 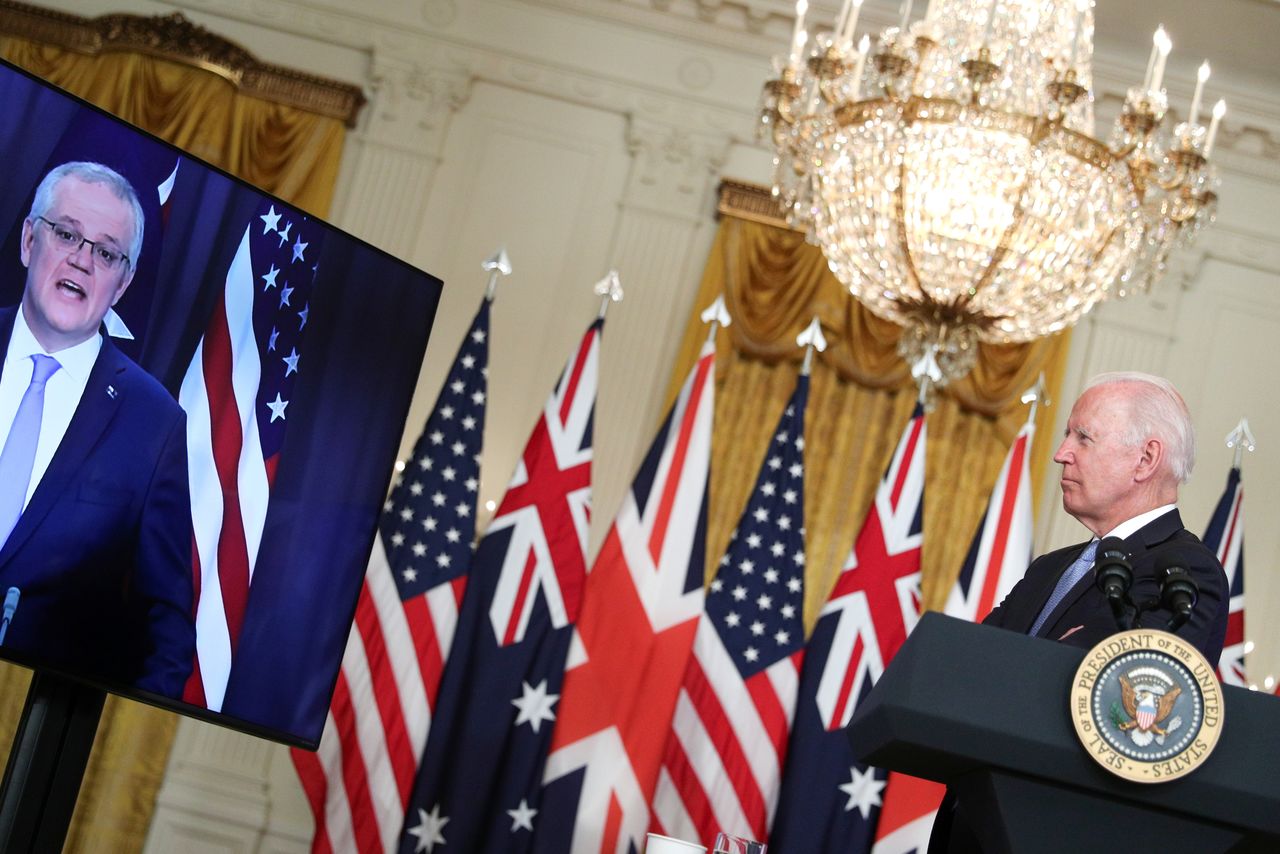 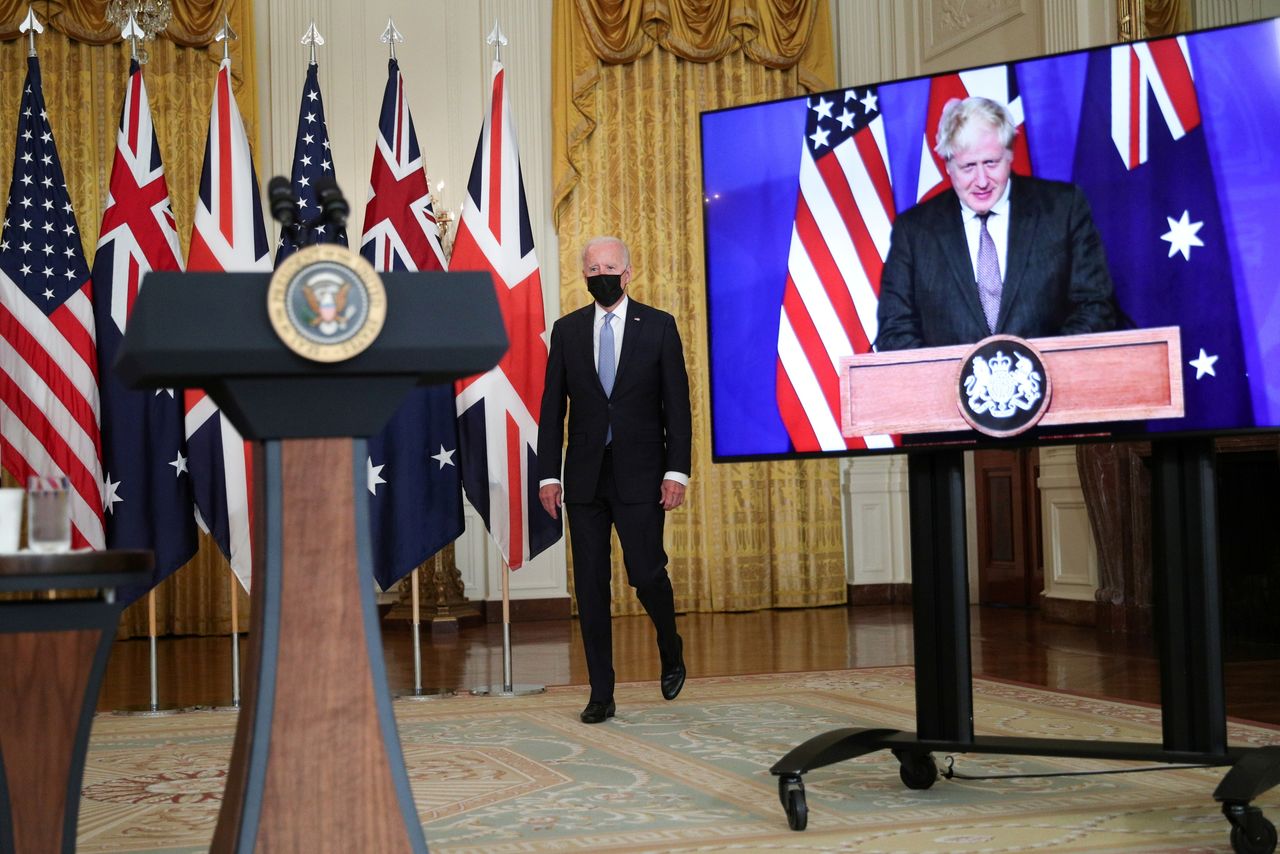 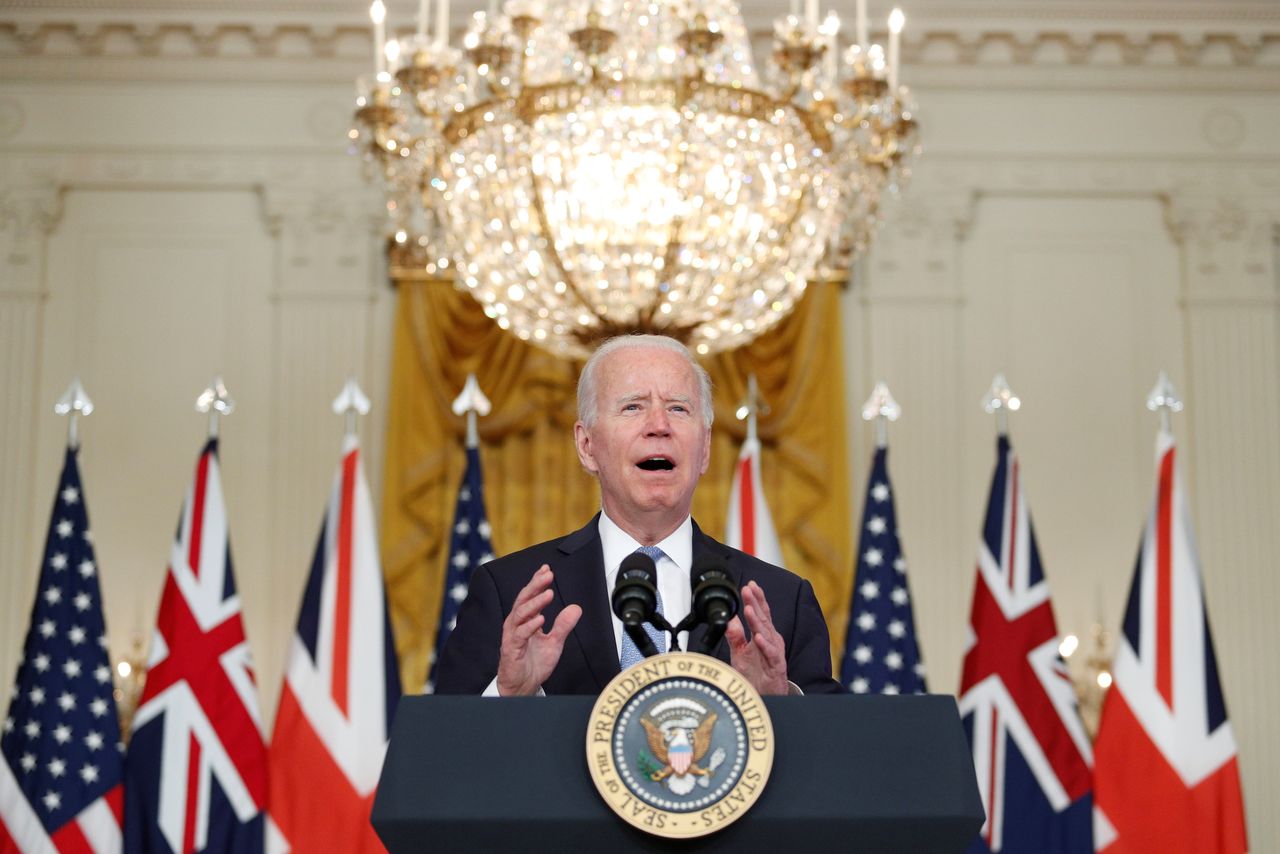