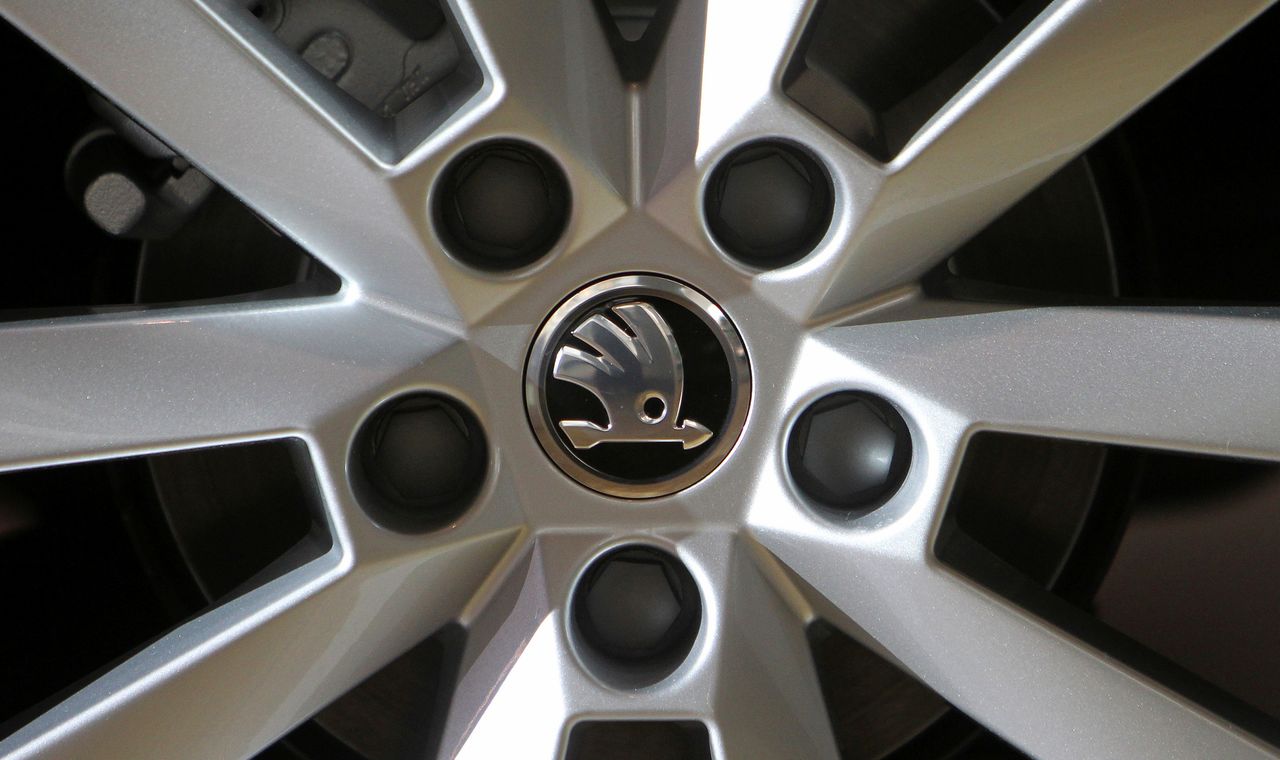 FILE PHOTO: A logo is seen on a wheel of a Skoda Octavia car after a presentation of the company's annual results in Mlada Boleslav March 20, 2013. REUTERS/David W Cerny/File Photo

PRAGUE (Reuters) -Czech carmaker Skoda Auto, part of the Volkswagen group, will halt production at two domestic plants for a week at the end of September due to chip shortages, the company said on Thursday.

From delayed car deliveries to a supply shortfall in home appliances and smartphones, businesses and consumers across the world have been facing the consequences of an unprecedented shortage https://www.reuters.com/business/autos-transportation/when-chips-are-down-global-shortage-keep-crimping-carmakers-2021-08-03 in semiconductor microchips.

In the Czech Republic, production has been hit in the auto sector, a key driver of the economy. Skoda has thousands of cars unfinished as it waits for chips.

"Recent COVID-19 outbreaks in Asia, for example in Malaysia, are forcing semiconductor manufacturers to close their factories again. This has resulted in industry-wide adjustments to car production, and SKODA AUTO is also affected," the company said in an emailed response to Reuters questions.

"We will therefore stop our production lines in the Mladá Boleslav and Kvasiny plant in calendar week 39."

It did comment on any impact on its third Czech site, components factory at Vrchlabi.

The head of Skoda's union, Jaroslav Povsik, had earlier told a union newsletter that cancelled shifts would be added to planned holidays on Sept. 27-28 to mark a state holiday.

Skoda said it expected semiconductor production to be ramped up in the fourth quarter.

"We expect the overall supply situation to ease by the end of the year," it said.

Skoda is one of three carmakers in the central European country. The other two are South Korea's Hyundai Motor Co and Japan's Toyota Motor Corp.

Toyota has also been forced to halt production at its Czech plant for periods in the past few months.

While manufacturers have had to grapple with global supply and transport bottlenecks caused by the COVID-19 pandemic, the Czech economy has returned to solid growth after a massive contraction in 2020.

Manufacturing sentiment has also stayed strong, but has slipped from records seen in earlier this year.

Volkswagen's Spanish unit SEAT plans to extend partial car assembly suspensions at its plants near Barcelona well into 2022 because of the chip shortage.