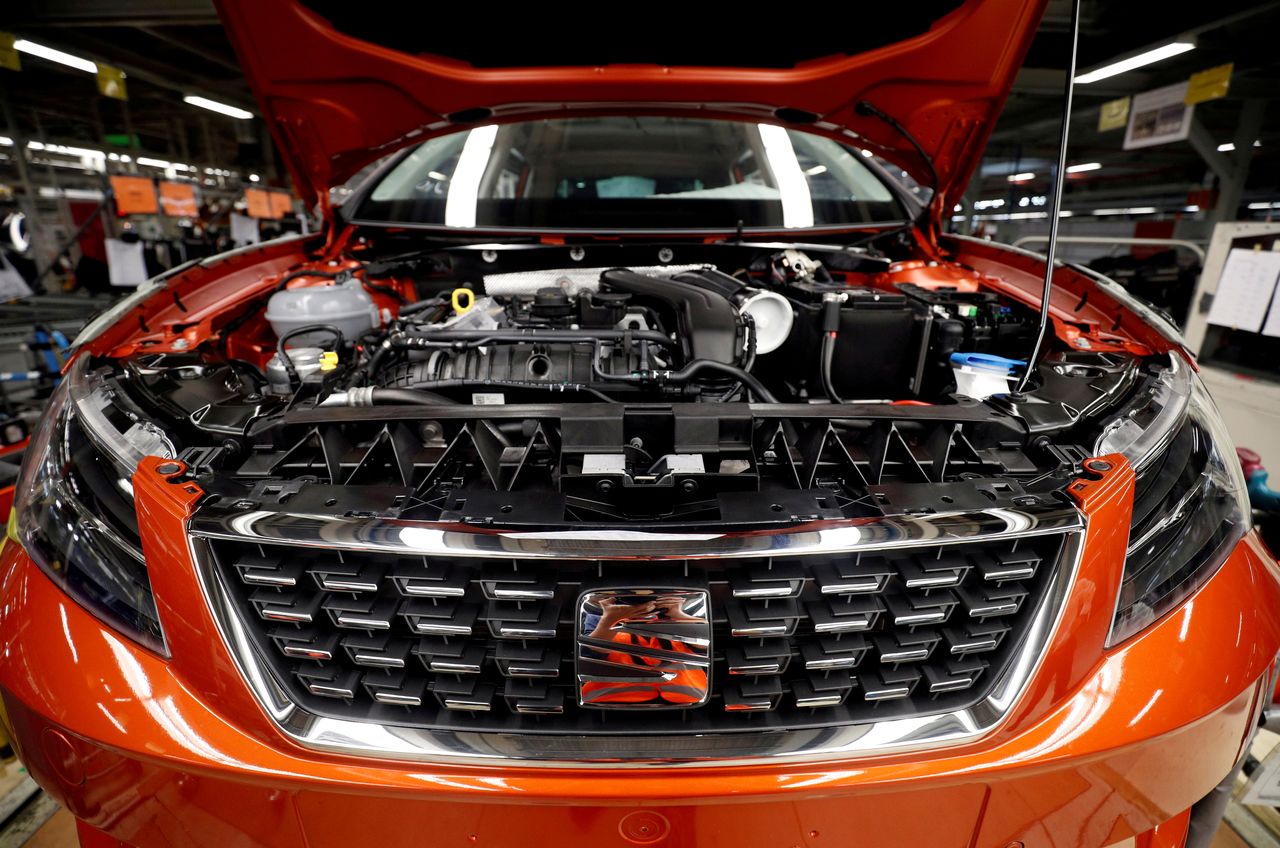 MADRID (Reuters) - Volkswagen's Spanish unit SEAT plans to extend partial car assembly suspensions at its plants near Barcelona well into 2022 because of global semiconductor supply bottlenecks, the company said in a statement.

"The deterioration in the supply of semiconductors now requires reorganizing, planning and adopting new labour protocols," SEAT said, adding it had started negotiating a furlough plan with local unions to cancel some working shifts between Sept. 27 and June 30, 2022.

The chip supply disruptions come as demand for the SEAT and CUPRA brands is back at pre-pandemic levels, Xavier Ros, the company's vice president for human resources, said.

The company slowed production in the first half of the year, then exceptionally opened the factories in August to offset the shortfall, but was eventually forced to idle part of its operation in late August.

Carmakers around the world have been forced to reduce the pace of production in recent months due to a lack of chips, caused by pandemic-related supply shocks, lockdowns in key production hubs and high demand in the consumer electronics industry.

Volkswagen said last month it expected the situation to improve by the end of this year and aimed to make up for production shortfalls in the second half as far as possible, but the chips crunch is not abating.