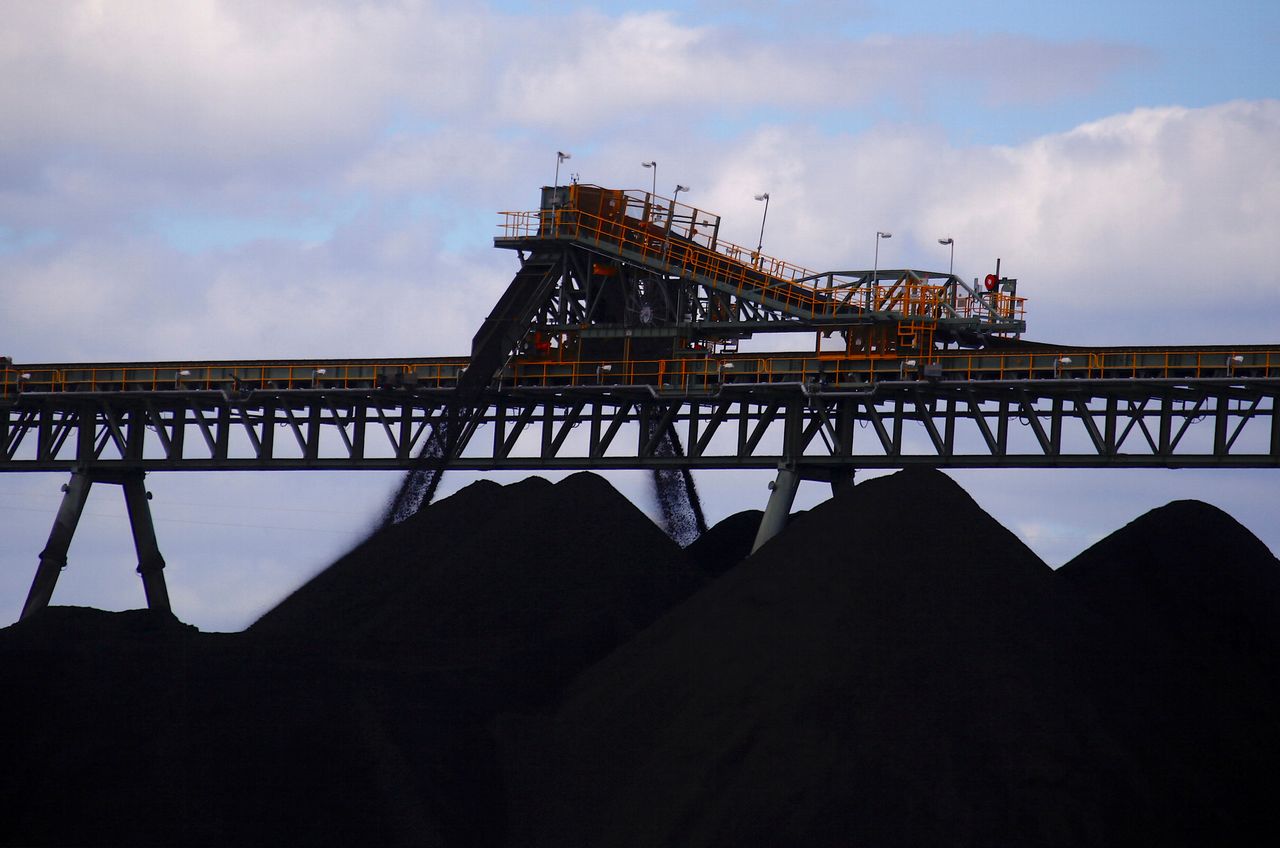 MELBOURNE (Reuters) - Australia's coal mines are at risk of becoming stranded assets under three out of four scenarios that consider how the global energy transition will unfold, according to a report by the country's central bank.

Australia is the world's biggest exporter of coal and liquefied natural gas, with fossil fuels accounting for around a quarter of its total exports, worth A$71 billion ($51.9 billion) in the last financial year according to government figures.

Around two-thirds of the country's fossil fuel exports are shipped to three big customers, Japan, China and South Korea, all of which have set net zero emissions targets; Japan and South Korea by 2050 and China a decade later.

The Reserve Bank of Australia (RBA) considered the impact of efforts to cut emissions on the country's fossil fuel industries under four climate scenarios, which have been created by the Network for Greening the Financial System (NFGS), a consortium of central banks dedicated to improving climate risk management.

Under the fourth scenario, which incorporates only current government policies with limited progress in reducing emissions, coal exports increase gradually to be 17% higher in 2050.

Countries are unlikely to materially alter their energy mix in the near term and demand for coal will likely remain robust this decade, the RBA found.

"However, as global appetite for coal tapers off from 2030... Australian coal-related investments are at risk of becoming ‘stranded assets’ as lower export volumes and prices weigh on firm profitability," it said in its report.

Coal reserves at operating Australian mines already exceed projected export demand to 2050 under the Net Zero and Below 2°C scenarios; this suggests there is potential for ‘stranding’ even if there is no investment into new mines, it added.