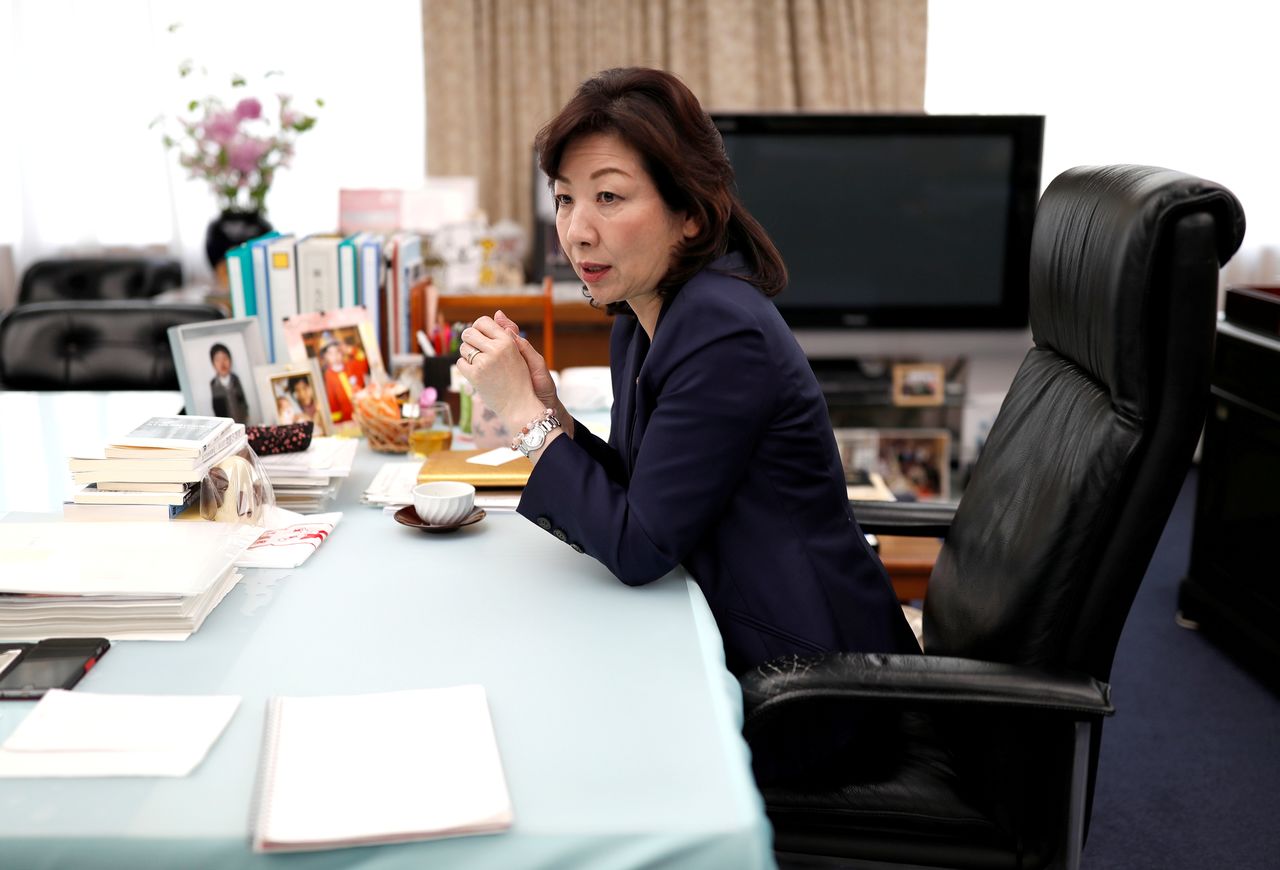 FILE PHOTO: Japan's Internal Affairs and Communications Minister Seiko Noda, who is also minister in charge of women's empowerment, speaks during an interview with Reuters in Tokyo, Japan May 11, 2018. Picture taken May 11, 2018. REUTERS/Issei Kato/File Photo

Noda, considered a long shot, has been a consistent voice urging Japan to address its declining birthrate and fast-ageing population, while advocating women's empowerment.

"I would like to create a politics for the next Japan so women, children, the elderly and disabled people who have not been leading actors, can feel life is worth living in this society," Noda, 61, told reporters.

A critic of conservative former prime minister Shinzo Abe, Noda wanted to challenge him for the leadership of the ruling Liberal Democratic Party (LDP) in 2015 but fell short of the 20 backers needed to run. This time, she cleared the line the day before official registration.

The LDP president becomes Japan's prime minister because of the party's majority in the lower house of parliament.