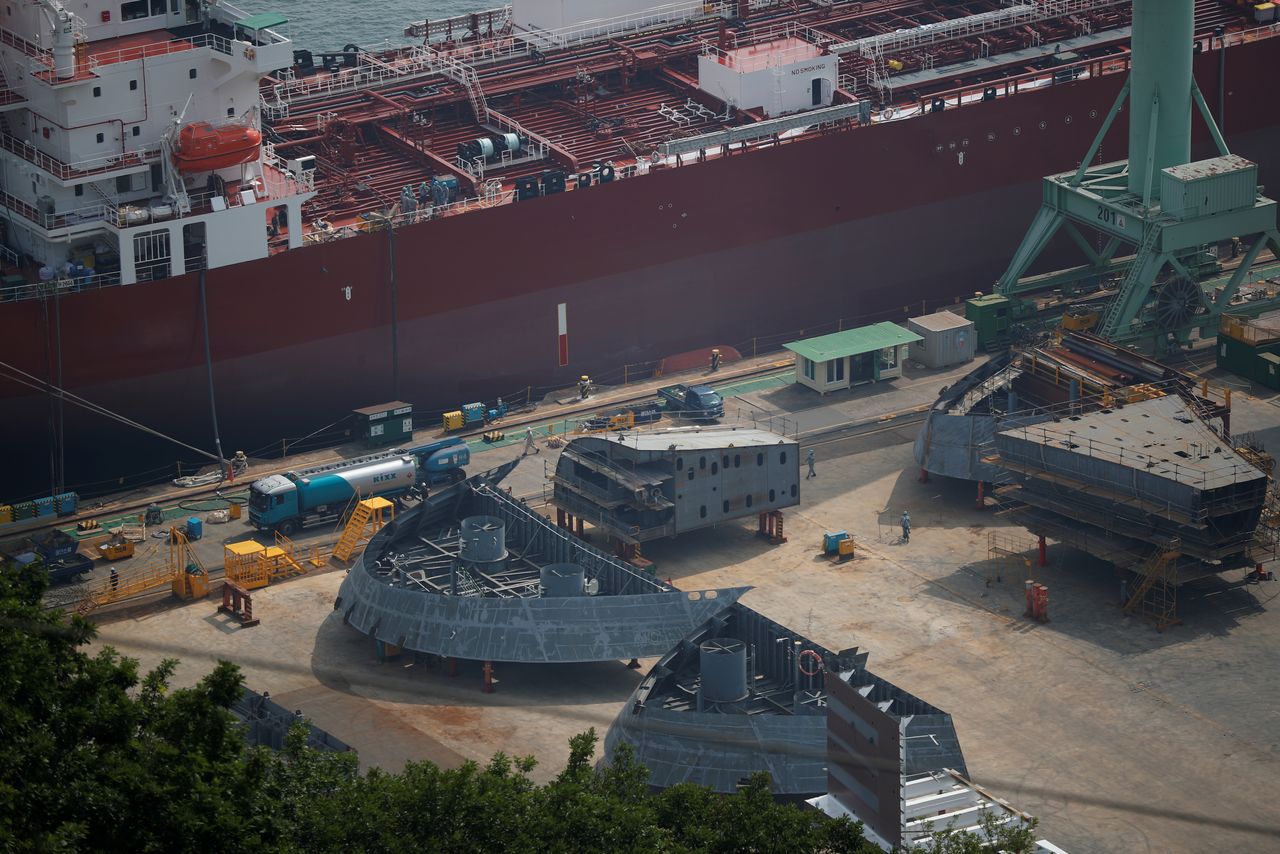 FILE PHOTO: Parts of the structure of a ship are seen at Hyundai Heavy Industries' Shipyar in Ulsan, South Korea, May 29, 2018. REUTERS/Kim Hong-Ji

By Joyce Lee and Jihoon Lee

The shipbuilder, one of the largest in the world, raised $935 million from its IPO, with much of the proceeds set to fund investments in new technology.

The institutional book for the IPO had been 1,836 times covered - the second-largest for an IPO in South Korea after SKIET earlier this year.

"If stronger green regulations and testing of new fuels lead to increased demand for eco-friendly ships that replace older fleets, Hyundai, which makes both ships and engines, is well-placed to be competitive."

Hyundai Heavy plans to use about 760 billion won of the proceeds to invest in future technologies, including eco-friendly ships and digital ship technology, smart shipyards and hydrogen infrastructure.

Hyundai Heavy Industries Group is still awaiting regulatory approvals from South Korea, Japan and the European Union for its planned acquisition of rival Daewoo Shipbuilding, after the deal was announced in 2019.