NEW YORK (Reuters) - World shares fell on Friday after a week of mixed economic data and fears over the stability of growth and Asian markets put the focus on the U.S. Federal Reserve's timeline for tapering asset purchases.

The 10-year U.S. Treasury note yield briefly touched 1.3855%, its highest level since July 14, while the dollar hit a three-week high.

MSCI's gauge of stocks across the globe shed 0.71%, while the pan-European STOXX 600 index closed down 0.9% for a third-straight week of losses. So far this month, the STOXX is down about 2%.

Investors hope the Fed's meeting next week will yield more clarity on its plan to slow down asset purchases, and when it might raise interest rates.

Concerns grew that a potential U.S. corporate tax hike could erode earnings as leading Democrats and President Joe Biden sought to raise the top tax rate on corporations to 26.5% from the current 21%.

"Fear seems to be creeping back into the market, and that can be a healthy dynamic, said Callie Cox, Ally Invest senior investment strategist. "We wouldn't be surprised to see a pullback here."

The yield on Germany's 10-year government bond, the benchmark for the euro zone, was at -0.280% after rising as much as 3.5 basis points to a two-month high of -0.277%, after a Financial Times report suggested the European Central Bank expects to hit its 2% inflation target by 2025.

Stronger-than-expected U.S. retail sales data on Thursday boosted the dollar, which held steady near the previous day's three-week high against an index of currencies.

The dollar index, a gauge of the greenback's value against six major currencies, rose 0.387%, its highest since late August. 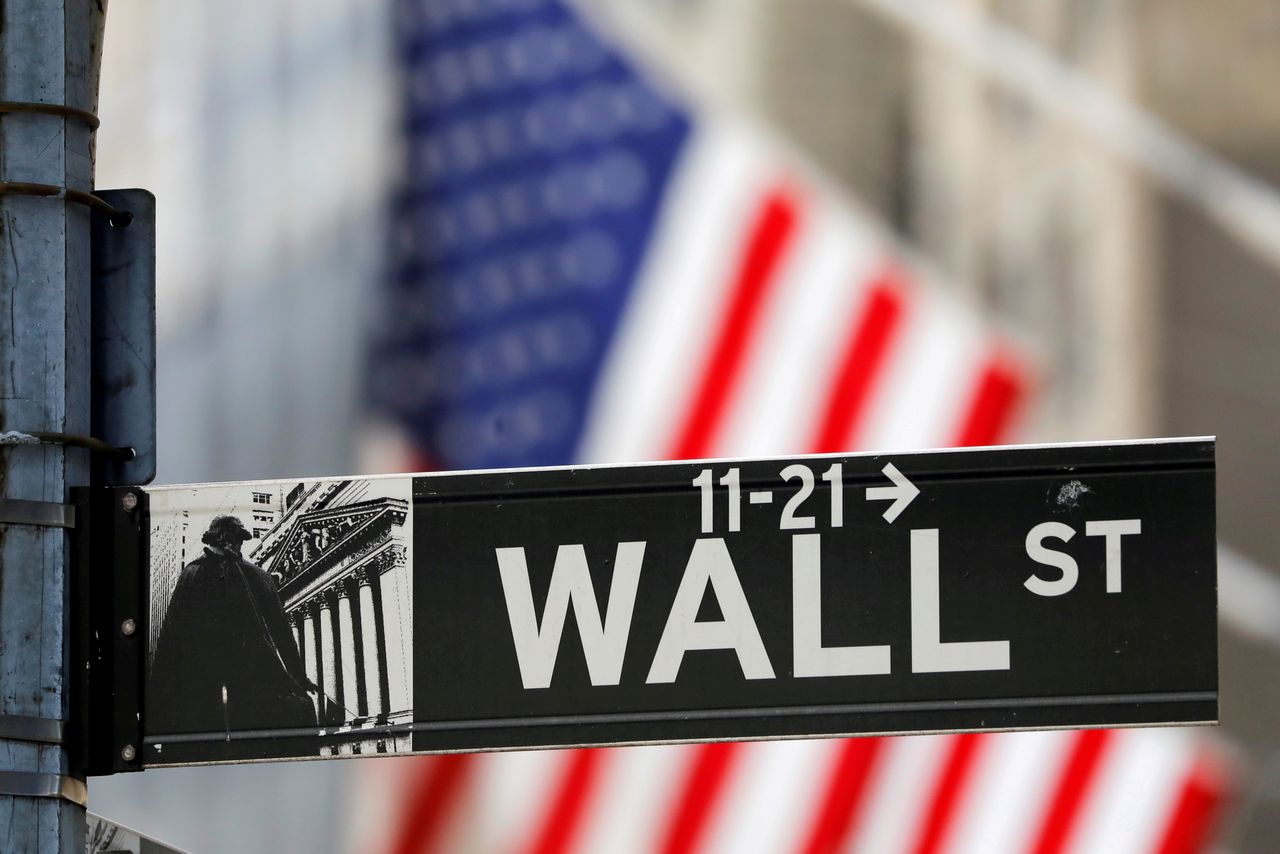 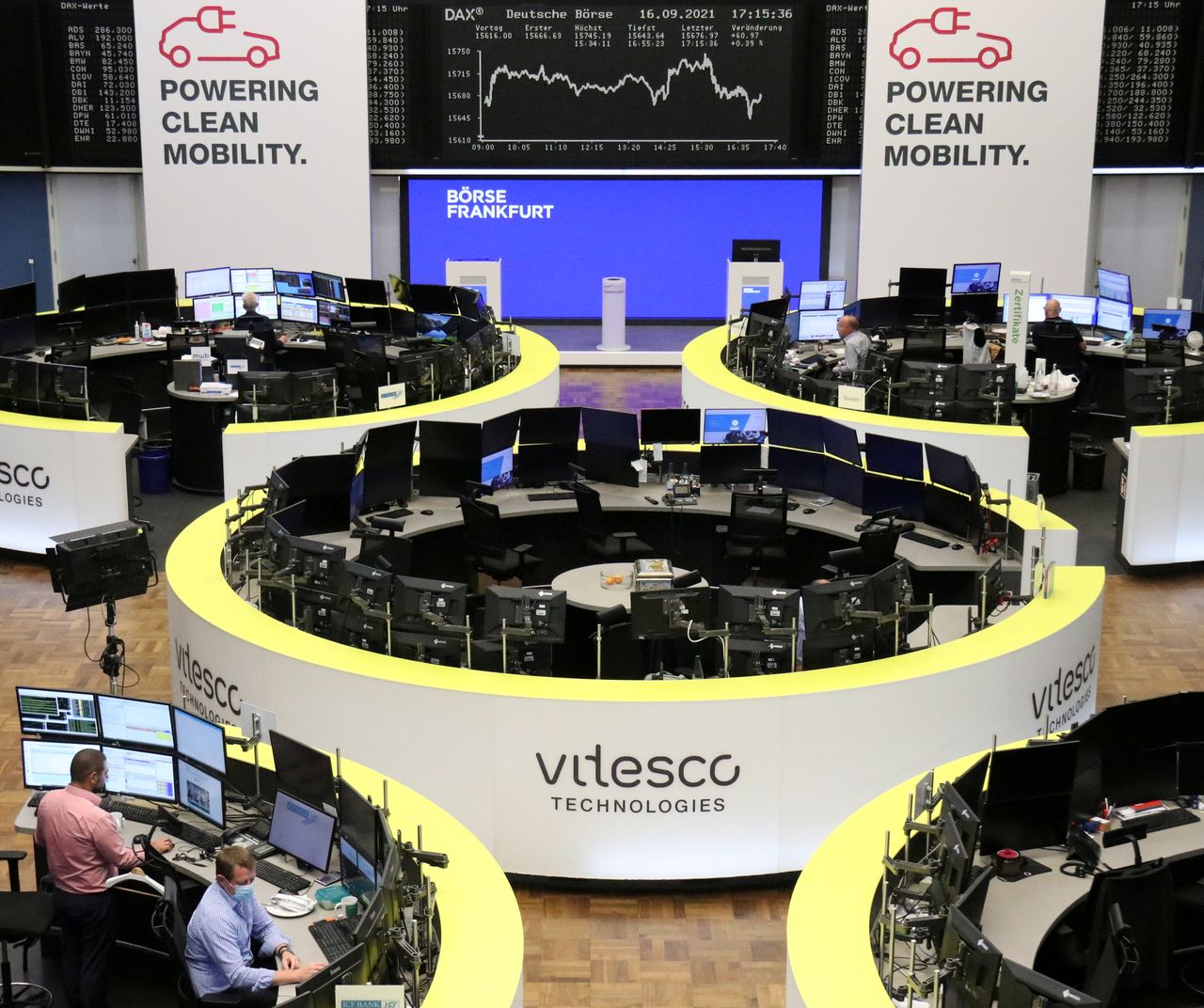 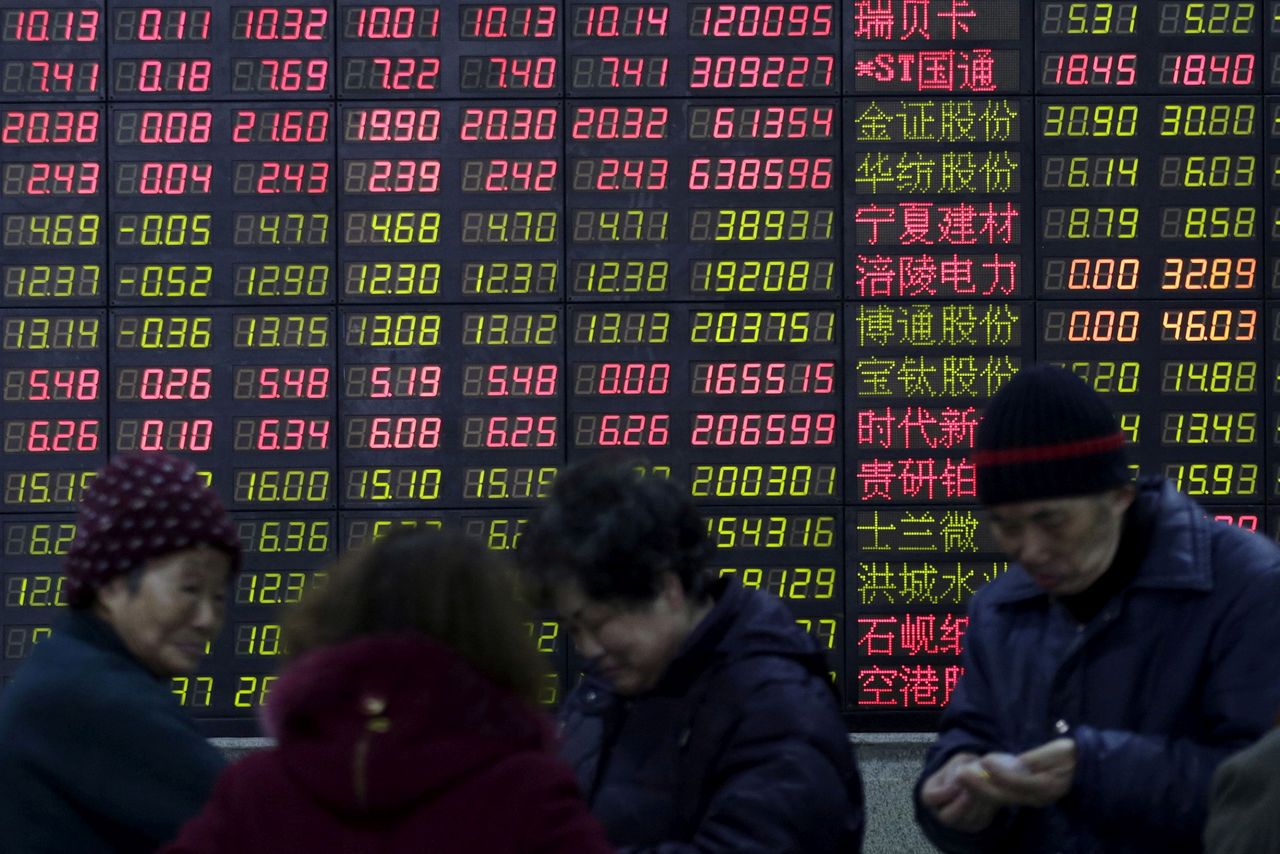 FILE PHOTO: Investors stand in front of an electronic board showing stock information on the first trading day after the week-long Lunar New Year holiday at a brokerage house in Shanghai, China, February 15, 2016. REUTERS/Aly Song//File Photo