By Tom Allard and Wayan Sukarda

JAKARTA/DENPASAR (Reuters) - Ni Kadek Suriani was looking forward to starting her second year of junior high school last year, before the coronavirus pandemic hit. Then her parents lost their jobs and she was forced to help scratch a living on Indonesia's holiday island of Bali.

"I had time selling tissues at traffic lights," the 13-year-old, wearing a black Metallica T-shirt, recalled at the headquarters of local charity Bali Street Mums, which now sponsors her studies.

Experts say a pandemic-induced economic shock and closing of schools for more than a year has been devastating blow for many of Indonesia's 68 million students.

It also threatens to undermine Indonesian President Joko Widodo's plan to create a top-five global economy by 2045 driven by a skilled workforce.

"Indonesia had a major learning crisis prior to the pandemic, and our model indicates that it has gotten much worse," Noah Yarrow, an education specialist at the World Bank and co-author of a report released on Friday, told Reuters.

"Children are learning much less than they should for a competitive globalised economy."

Highlighting Indonesia's shift from bad education outcomes to dreadful ones, a World Bank report released on Friday calculated the pandemic will leave more than 80% of 15-year-olds below the minimum reading proficiency level identified by the Organisation for Economic Cooperation and Development.

That's a sharp rise from the 70% of students who could not reach the basic literacy benchmark in testing by the OECD's Programme for International Student Assessment (PISA) in 2018, which put Indonesia in the bottom 8% of 77 participating nations.

Before the pandemic, and despite going to school for more than 12 years, the average Indonesian student had effective learning for only 7.8 years, the World Bank said. That fell to 6.9 years by July this year according to the Bank's most optimistic modelling.

The loss of learning during the pandemic will cost students at least $253 billion in lifetime earnings, the report estimated.

"It is a global phenomenon, not only in Indonesia," it said in a statement. "We are currently encouraging schools to start a limited face-to-face learning so that children will get back to school, interact with their teachers and friends, and have their spirit of learning rebuilt."

Indonesian schools were closed for 55 weeks to August 4, compared with 25 weeks in Vietnam, 37 weeks in Japan and 57 weeks in the Philippines, according to World Bank data. Many schools remain closed in Indonesia, with the remainder open for limited hours.

With schools shut, Indonesia developed an emergency, simplified curriculum and set up online lessons along with internet credits to help families defray the costs of distance learning. Educational TV and radio programmes augmented the distance learning.

But the World Bank study found, on average, students only learned for 2.2 to 2.7 hours per day. Less than half of students did any online lessons, although more than 90% received assignments, often sent by teachers via messaging apps.

Researchers and social workers told Reuters the assignments were often rudimentary at best.

Indonesia has widespread internet coverage but Florischa Ayu Tresnatri, a researcher at the Jakarta-based SMERU Institute, said access to online lessons was plagued by patchy connectivity. Many families only had one basic smartphone, often needed by a parent for work, she added.

Teacher absenteeism and the ongoing cost of school fees and supplies were other reasons for students struggling to learn, or opting out of classes altogether during the pandemic, experts said.

Tresnatri said the learning deficit was concerning for elementary school students, and the future prosperity of Indonesia.

Indonesia has one of the youngest populations in the world. By 2035, 64% will be of working age, providing Indonesia with a natural economic advantage.

But many risk not being well educated enough to be part of the highly skilled workforce the Indonesian government wants for a modern, top-tier economy, says Tresnatri.

"The demographic dividend that we used to proudly claim, it would turn out to be a demographic curse if we don't do something to mitigate this learning loss," she said.

Indonesia has more than doubled education spending in real terms in the past two decades. While there has been a rise in students continuing to secondary schools, there has been almost no improvement in the country's average PISA scores over the same period, the World Bank said in a 2020 study.

A skills certification programme doubled the salaries of teachers more than a decade ago but, said Yarrow, there was "absolutely no effect on student learning outcomes". Almost 25% of teachers didn't turn up to lessons on any given day, according to a 2019 survey.

"It's not just about recapturing what was lost during the pandemic but actually improving on the learning outcomes pre-pandemic." 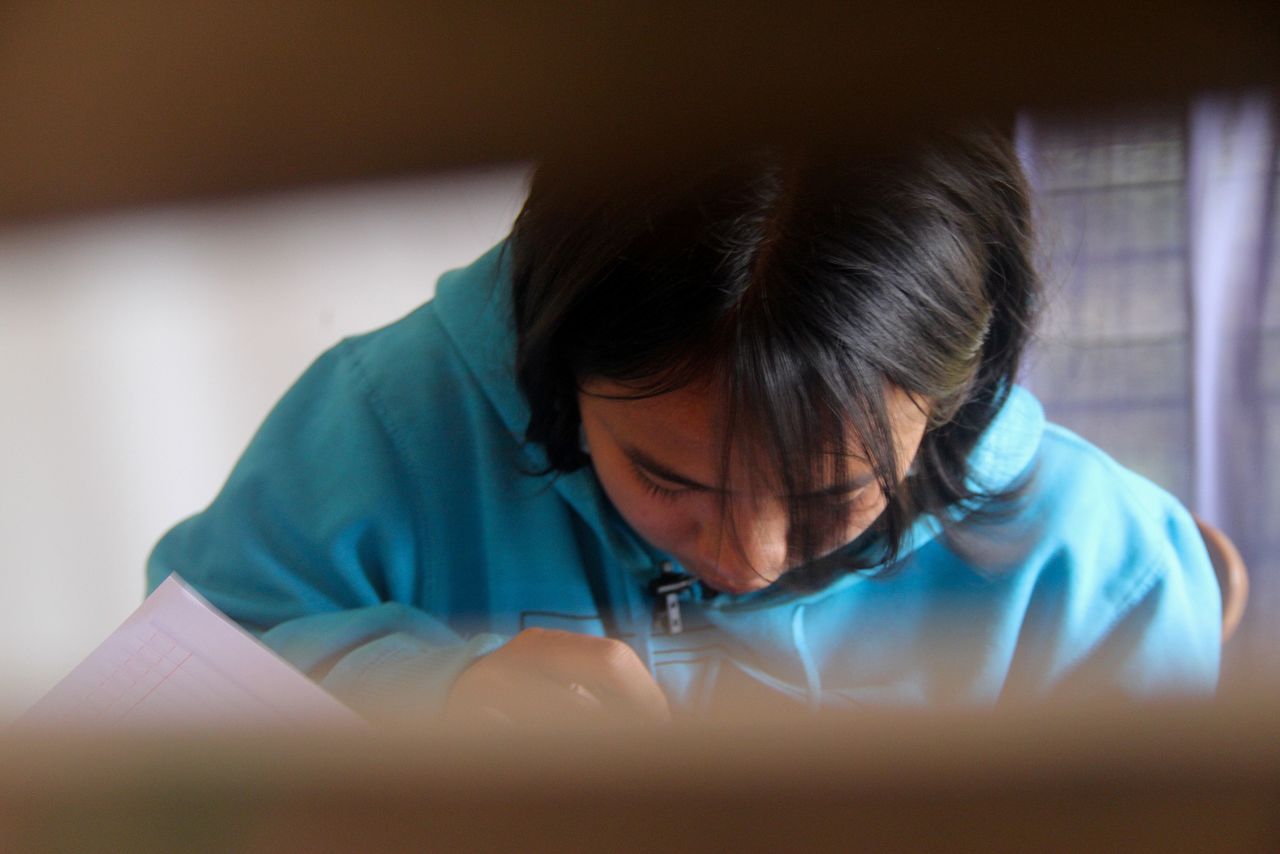 Ni Luh Nael, 13-years-old, writes in a book while studying at Bali Street Mums and Kids shelter, after dropping out of school during the coronavirus disease (COVID-19) pandemic, in Denpasar, Bali, Indonesia, September 10, 2021. REUTERS/Wayan Sukarda 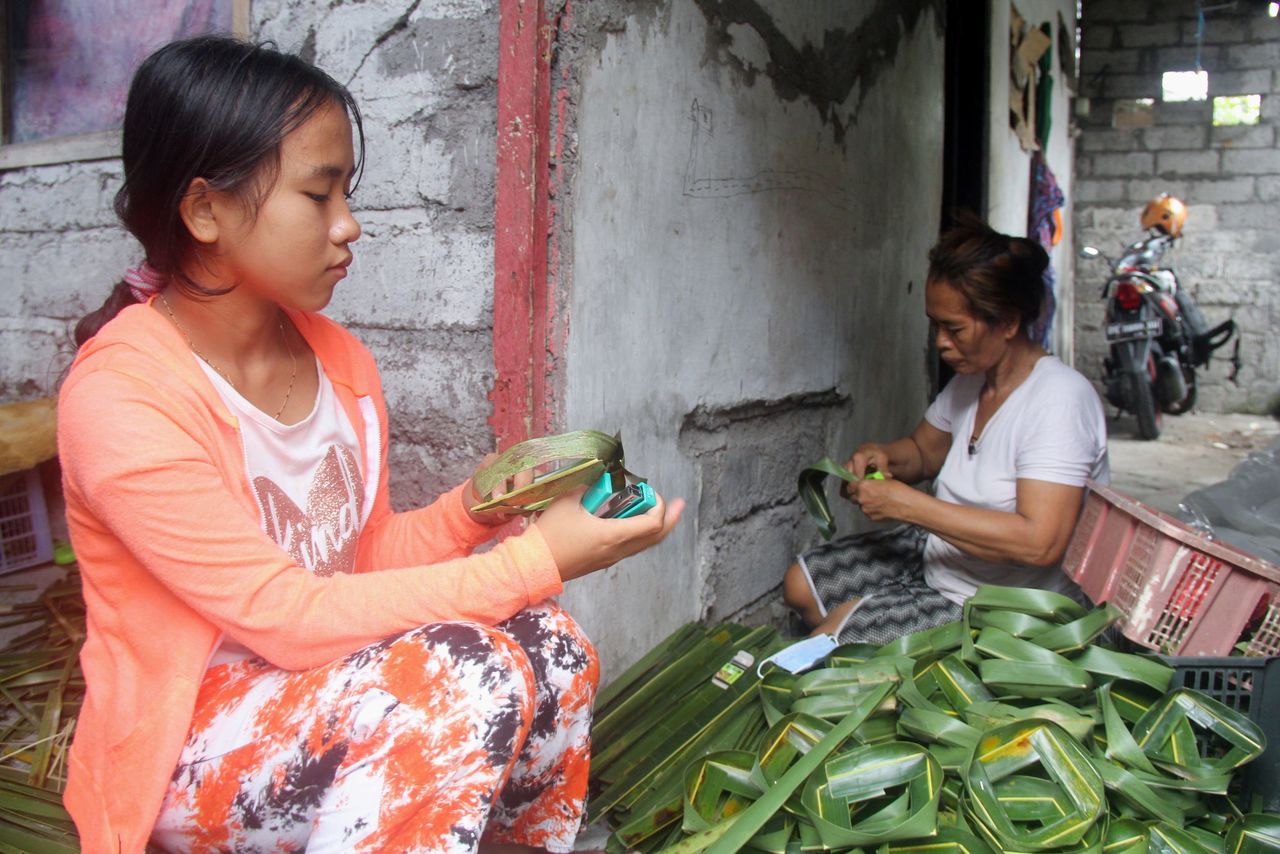 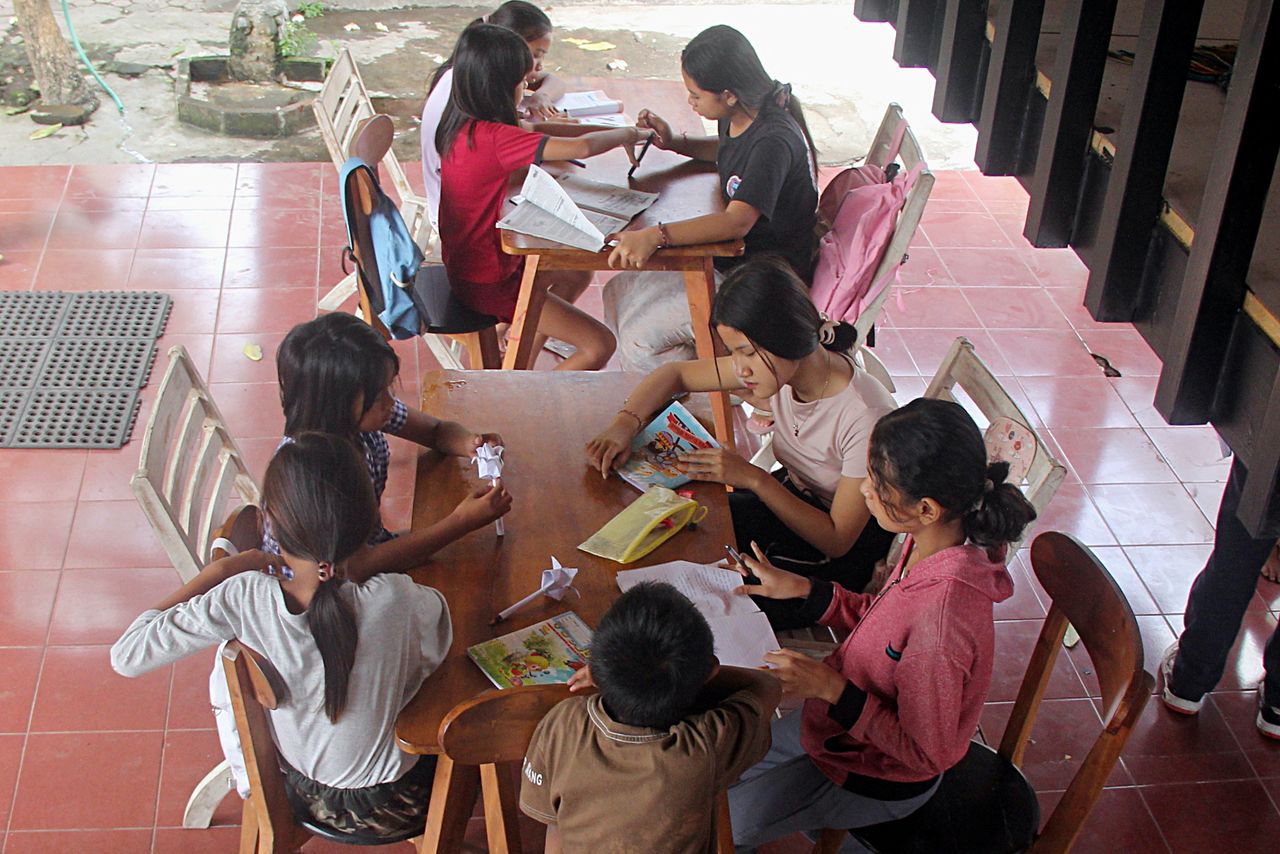