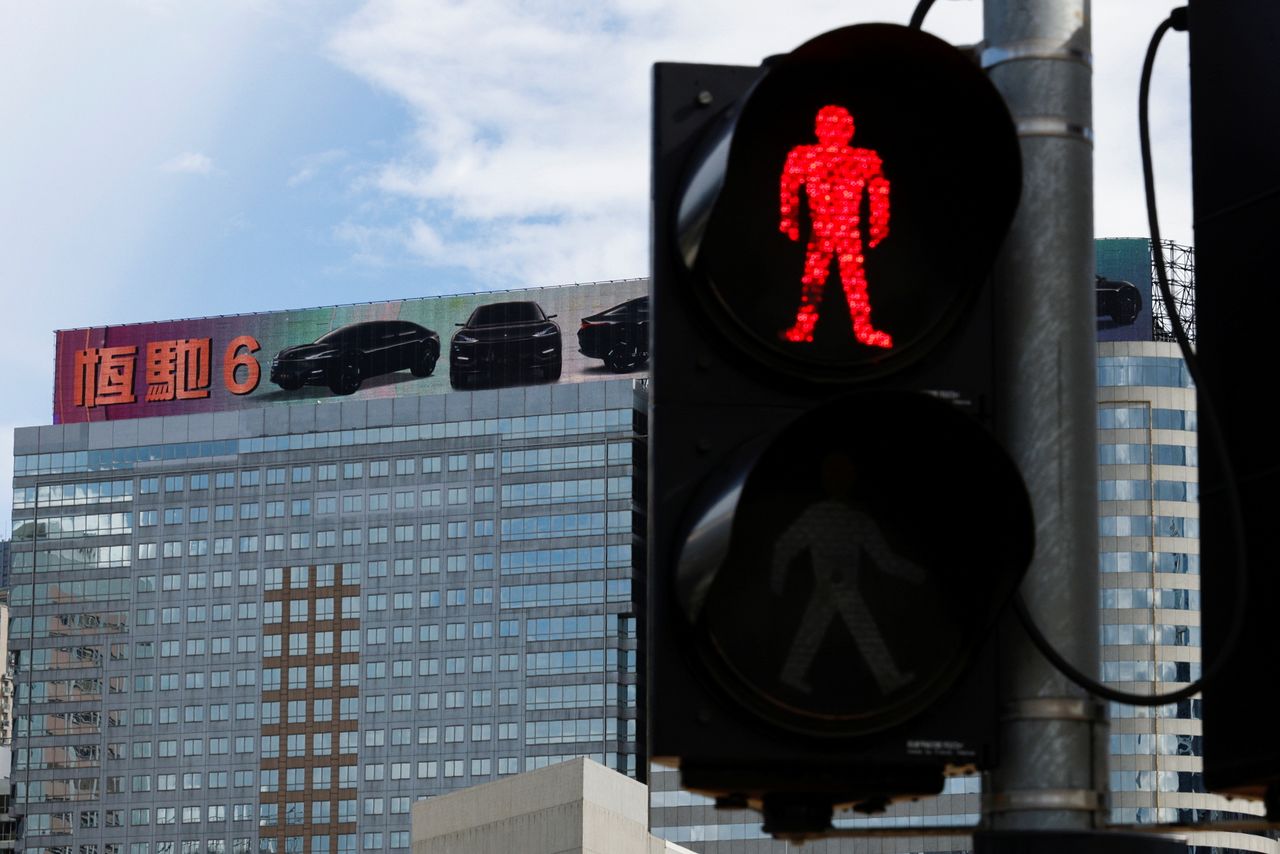 A look at the day ahead from Tommy Wilkes.

The troubles of over-indebted property giant China Evergrande may have been brewing for a long time but the muted reaction in markets internationally to the dramatic downturn in its fortunes has surprised some.

Investors, for now at least, seem to believe the fallout from Evergrande likely missing an $80 million bond coupon payment due next week can be contained, although bankers say things could get messy as the state steps in to sell assets.

Evergrande's shares are down 35% this week but underlying the limited impact there were gains elsewhere in China on Friday, including in technology stocks.

The previously bruised Hang Seng Tech Index enjoyed its best day in three-and-a-half weeks, while broader Asian indexes are ending the week where they started.

Wider stock markets are more nervous about the economic outlook and, with a series of central bank meetings next week including from the Federal Reserve and the Bank of Japan, trying to figure out when policymakers will press reverse on pandemic-era stimulus pedals.

The focus on the policy outlook and general nervousness about whether this year's stock market rally has further to run may be why Evergrande has so far proven somewhat of a sideshow for investors.

Weak Chinese data suggesting a slowdown in the world's second-largest economy seems to be of greater concern for now.

On Friday, European and U.S. shares are set to open higher after a mixed week -- the MSCI World index is now down just 0.2% for the week but remains more than 1% off record highs after last week's jitters.

European shares look set for their third week of losses, so there is clearly nervousness out there, but the selling has been far from widespread.

Elsewhere, the dollar held near three-week gains after Thursday's surprisingly good retail sales numbers in the United Steates boosted bets that the Fed will tighten sooner rather than later.

Oil prices dipped as more supply came back online in the U.S. Gulf of Mexico following two hurricanes but prices remain up for the week.

Key developments that should provide more direction to markets on Friday: