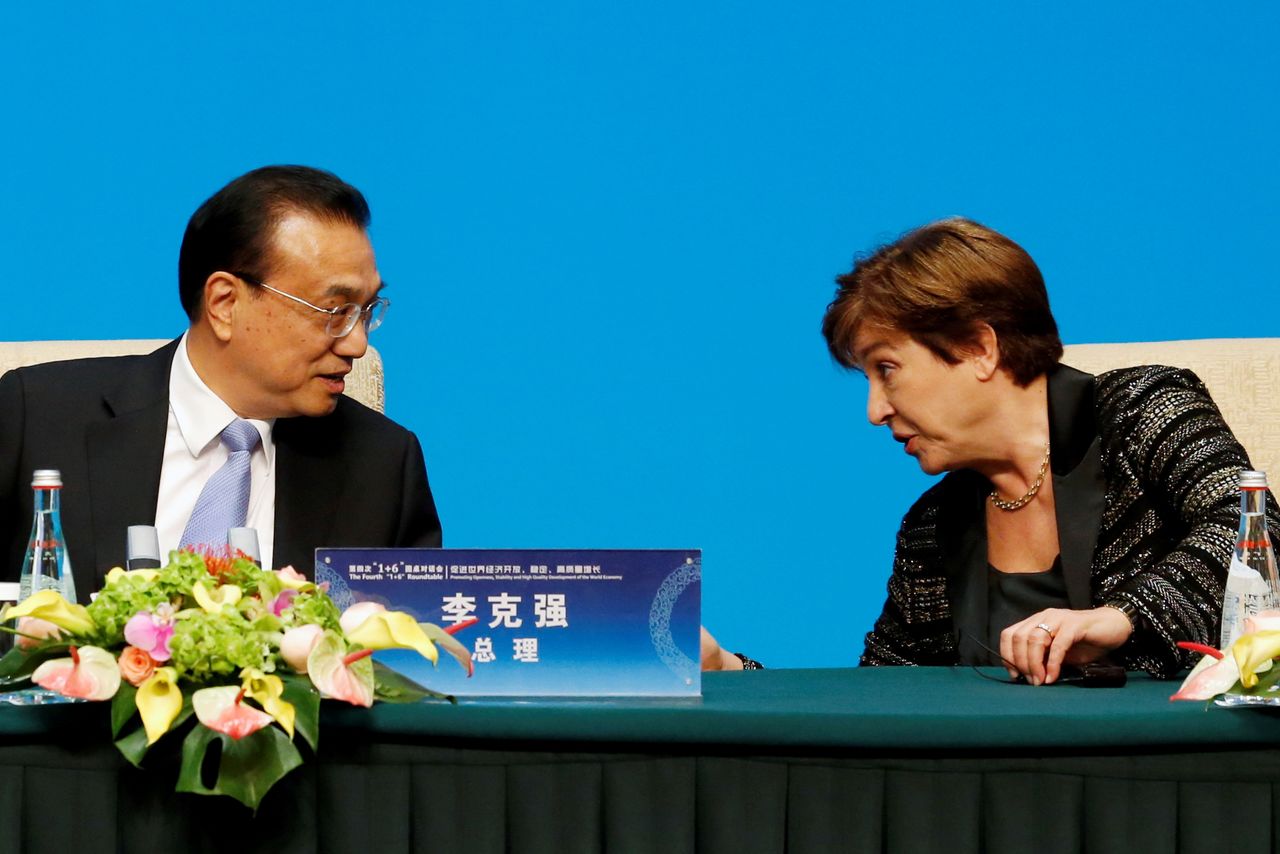 By Andrea Shalal and David Lawder

WASHINGTON (Reuters) -International Monetary Fund chief Kristalina Georgieva on Friday denied allegations that she pressured World Bank staff to alter data to favor China during her time as World Bank CEO, as the IMF's executive board launched a formal review of the matter.

"Let me put it very simply to you. Not true. Neither in this case, nor before or after, I have put pressure on staff to manipulate data," Georgieva told IMF staff, according to a transcript of the meeting provided to Reuters.

Her remarks went further than she did in a statement issued on Thursday https://www.reuters.com/business/sustainable-business/world-bank-kills-business-climate-report-after-ethics-probe-cites-undue-pressure-2021-09-16 that said she fundamentally disagreed with the findings of the report, prepared by the law firm WilmerHale at the request of the World Bank's ethics committee.

The report found that Georgieva and other senior World Bank officials applied "undue pressure" on staff https://www.reuters.com/business/sustainable-business/world-bank-kills-business-climate-report-after-ethics-probe-cites-undue-pressure-2021-09-16 to boost China's ranking in terms of business climate.

Georgieva told IMF staff that she highly values data and analysis and does not pressure staff to change it, according to the transcript.

WilmerHale said it is working on a second report that will address "potential misconduct of staff members" in connection with the data irregularities.

The IMF's executive board ethics committee is reviewing the report, IMF spokesman Gerry Rice said on Friday. Georgieva briefed the board on the World Bank allegations on Thursday.

"As part of the regular procedure in such matters, the ethics committee will report to the board," Rice added, but gave no timetable for any conclusions.

The World Bank, a Washington-based multilateral lender, was seeking China's support for a big capital increase at the time - an effort that Georgieva, as its CEO, and World Bank President Jim Yong Kim were overseeing.

Georgieva has led the IMF and its roughly 2,500 staff since October 2019, playing a key role in the global response to the COVID-19 pandemic while securing support for a $650 billion distribution of IMF monetary reserves to the Fund's 190 member countries.

Some IMF member countries, which fund its emergency lending and other projects aimed at alleviating poverty and bolstering global financial stability, voiced concern and said they are reviewing the ethics report. These included the United States, France, Britain and Japan.

The World Bank said on Thursday it would cancel the "Doing Business" report series, which has run since 2003 - dismaying investors who rely on it to help them assess country risk while handing a victory to civil society groups that saw it as a troubled and politicized instrument that worsened inequality.

The cancellation and allegations were felt on Wall Street and Washington.

"Those complicit should be held accountable, and free nations need to seriously re-evaluate the role we allow Beijing to play in global institutions," Senator Marco Rubio of Florida said in a statement to Reuters.

Senator Bill Hagerty, the top Republican on the Senate Banking Committee's international trade and finance subcommittee, asked for "restoration of this valuable report under conditions we can trust rather than its cancellation."

Discontinuing these annual reports could make it harder for investors to assess where to put their money, some investors told Reuters https://www.reuters.com/business/finance/bad-business-world-bank-china-rigging-scandal-rattles-investors-2021-09-17.

Paul Romer, a former World Bank chief economist, said Georgieva "sidelined" him from making the improvements for which he was hired to the bank's research integrity. Romer told Reuters that Georgieva "whitewashed" his concerns about the "Doing Business" report's data for Chile, which he said may have shown bias against a former socialist government.

Romer, a Nobel laureate economist at New York University, left the bank over the controversy in 2018.

"There was a willingness to do whatever worked or whatever seemed appropriate at any point without any guiding principles," Romer said of Georgieva.

A World Bank spokesman declined to comment on Romer's remarks.

The news and any fallout is likely to dominate the IMF and World Bank annual meetings that are held concurrently in Washington the second week of October.

(Reporting by Andrea Shalal in Washington and Leigh Thomas in Paris; Additional reporting by David Lawder; Writing by Carmel Crimmins; Editing by Catherine Evans, Will Dunham and Heather Timmons)