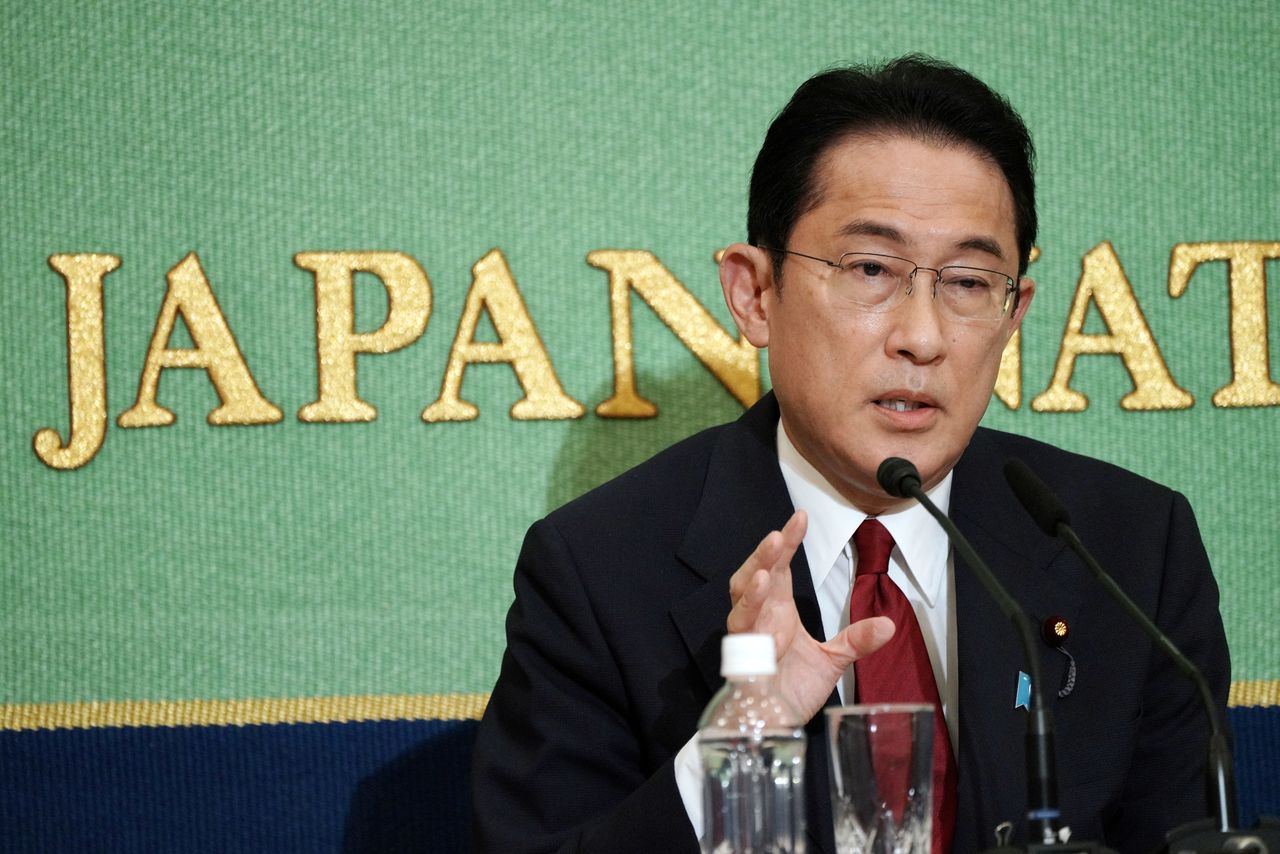 Japan's former Minister for Foreign Affairs Fumio Kishida, one of the candidates for the presidential election of the ruling Liberal Democratic Party (LPD), speaks during a debate session held by Japan National Press club, in Tokyo, Japan, September 18, 2021. Eugene Hoshiko/Pool via Reuters

TOKYO (Reuters) - Japan will not raise the sales tax for about a decade as imposing a higher levy on households at this time would cripple the pandemic-hit economy, Fumio Kishida, a key contender running in the ruling party leadership race, said on Saturday.

"We won't raise the sales tax rate for about a decade," Kishida said in a televised debate with three other candidates to lead the ruling Liberal Democratic Party (LDP).

While Japan must keep a pledge to pursue fiscal reform, it must prioritise cushioning the blow from the pandemic and create a cycle in which strong growth brings wealth to broader sectors of the economy, he said.