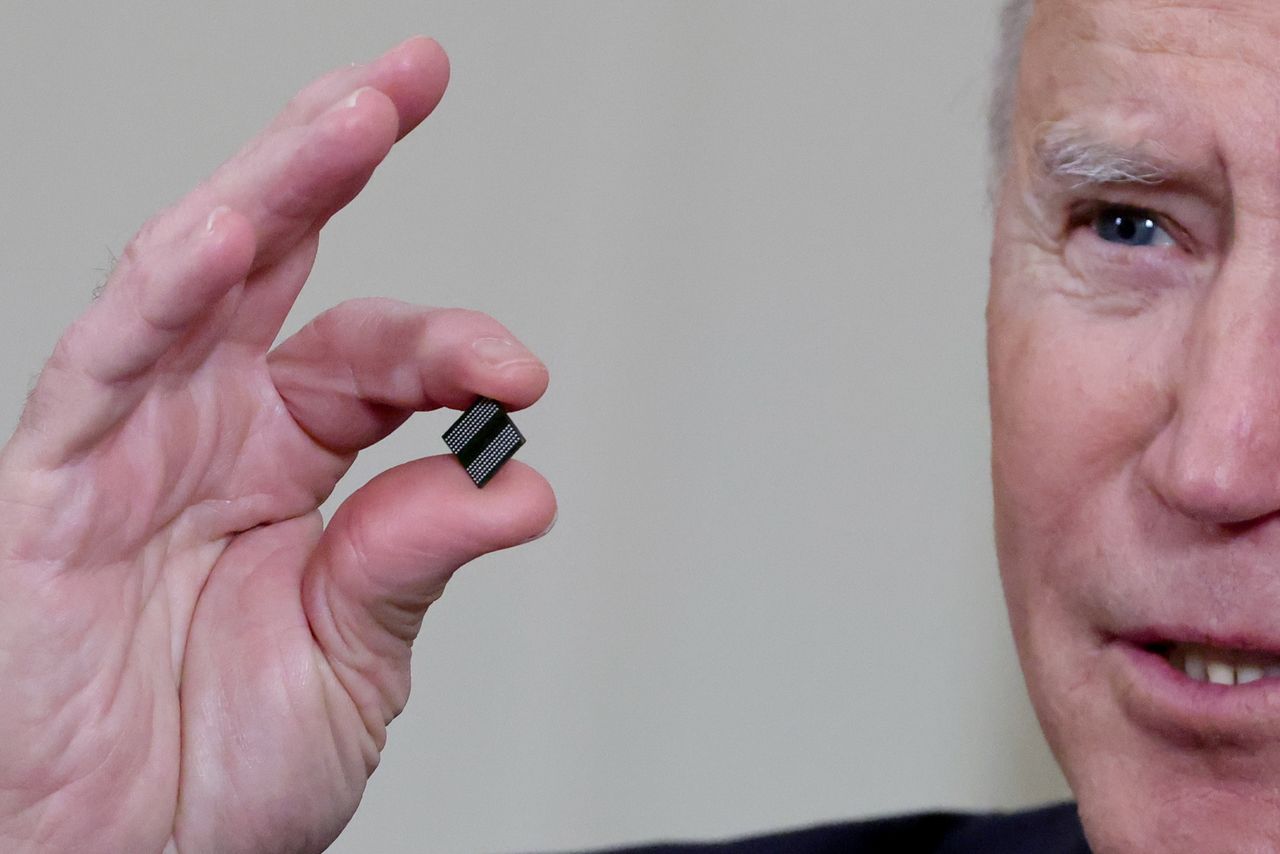 TOKYO (Reuters) - Leaders of the United States, Japan, India and Australia will agree to take steps to build secure semiconductor supply chains when they meet in Washington next week, the Nikkei business daily said on Saturday, citing a draft of the joint statement.

U.S. President Joe Biden will host a first in-person summit of leaders of the "Quad" countries, which have sought to boost co-operation to push back against China's growing assertiveness.

The draft says that in order to create robust supply chains, the four countries will ascertain their semiconductor supply capacities and identify vulnerability, the Nikkei said, without unveiling how it had obtained the document.

The statement also says the use of advanced technologies should be based on the rule of respecting human rights, the newspaper said on its web site.

The draft does not name China, but the move is aimed at preventing China's way of utilising technologies for maintaining an authoritarian regime from spreading to the rest of the world, the Nikkei said.

The United States and China are at odds over issues across the board, including trade and technology, while Biden said in April his country and Japan, a U.S. ally, will invest together in areas such as 5G and semiconductor supply chains.

No officials were immediately available for comment at the Japanese foreign ministry.