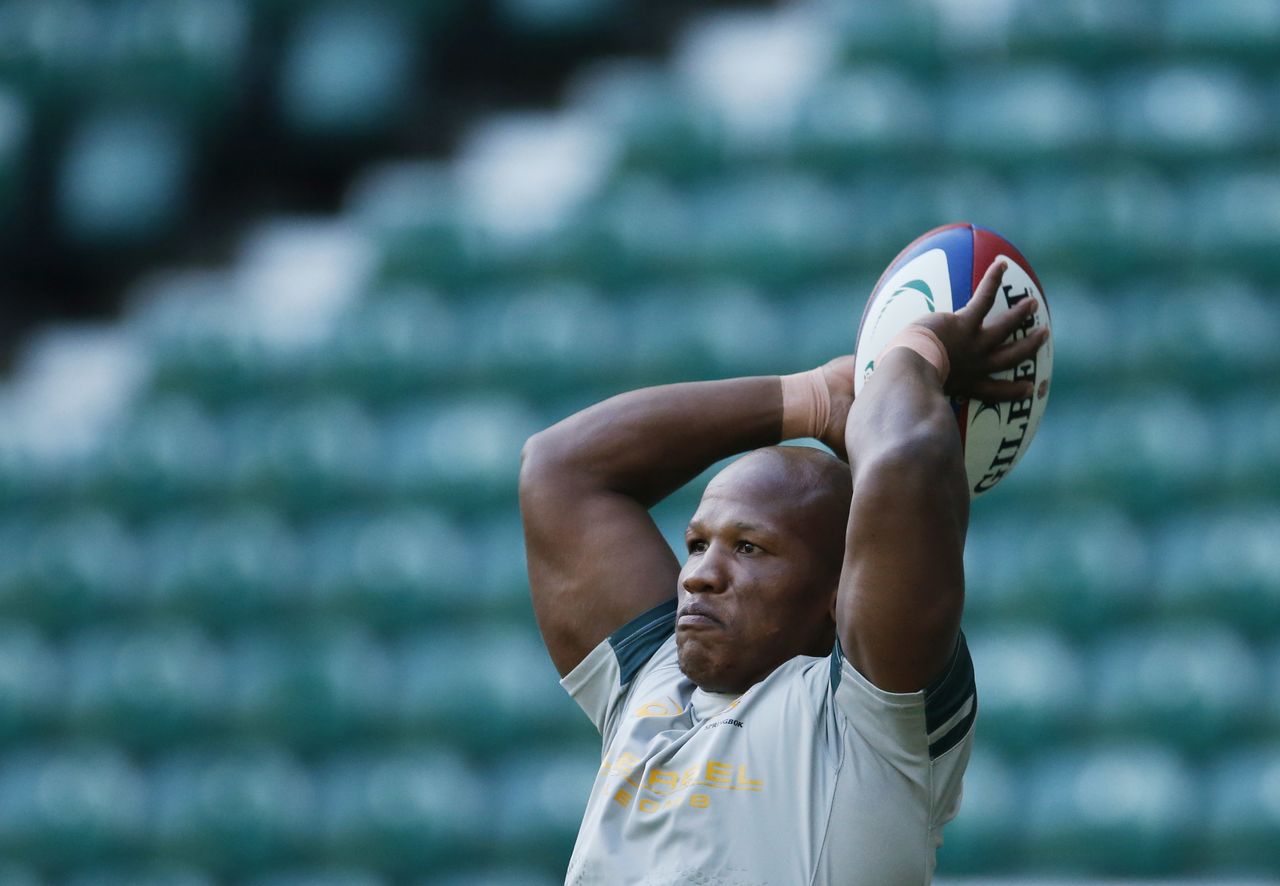 (Reuters) - Hooker Bongi Mbonambi says South Africa have pinpointed where they fell short in the demoralising 30-17 defeat by Australia this past weekend and are determined to bounce back in the Rugby Championship clash with old foes New Zealand on Saturday.

The match in the neutral Australian city of Townsville will be the 100th between the Springboks and All Blacks since their first in 1921, and the Boks will go in as underdogs despite their status as world champions.

This is after back-to-back losses to Australia, the second of which on Saturday was arguably their poorest display in years as the players appeared mentally fatigued and were beaten in every facet of the game by the Wallabies.

"We have gone through the game, we recognise our mistakes and that there is room for improvement. Every player is professional here and they know where the errors were made," Mbonambi told reporters on Monday.

"It is a new week and a new challenge ahead; the mistakes are very fixable and that is what we will be working on this week."

The Boks and the All Blacks have enjoyed an intense rivalry over the last century and met previously at the 2019 Rugby World Cup in Japan, where New Zealand ran out comfortable 23-13 winners, though it was South Africa who went on to lift the trophy.

The team have mostly been in COVID-19 bubbles for the last 15 weeks with a one-off test against Georgia followed by a 2-1 series victory over the British & Irish Lions, and then straight into the Rugby Championship the following weekend.

But Mbomambi believes they will lift themselves for the battle with their old enemy.

"When it comes to the All Blacks, they present a different challenge, but we are just going to focus on ourselves and the training we need to put in this week to make sure we pitch up on Saturday," Mbonambi said.

"The rivalry between South Africa and New Zealand will always be massive. But we must focus on ourselves and carry on with the processes we have been doing."

South Africa should have key lock Lood de Jager back after he missed this past weekend due to concussion protocols, but wing Cheslin Kolbe remains a doubt with a leg injury.