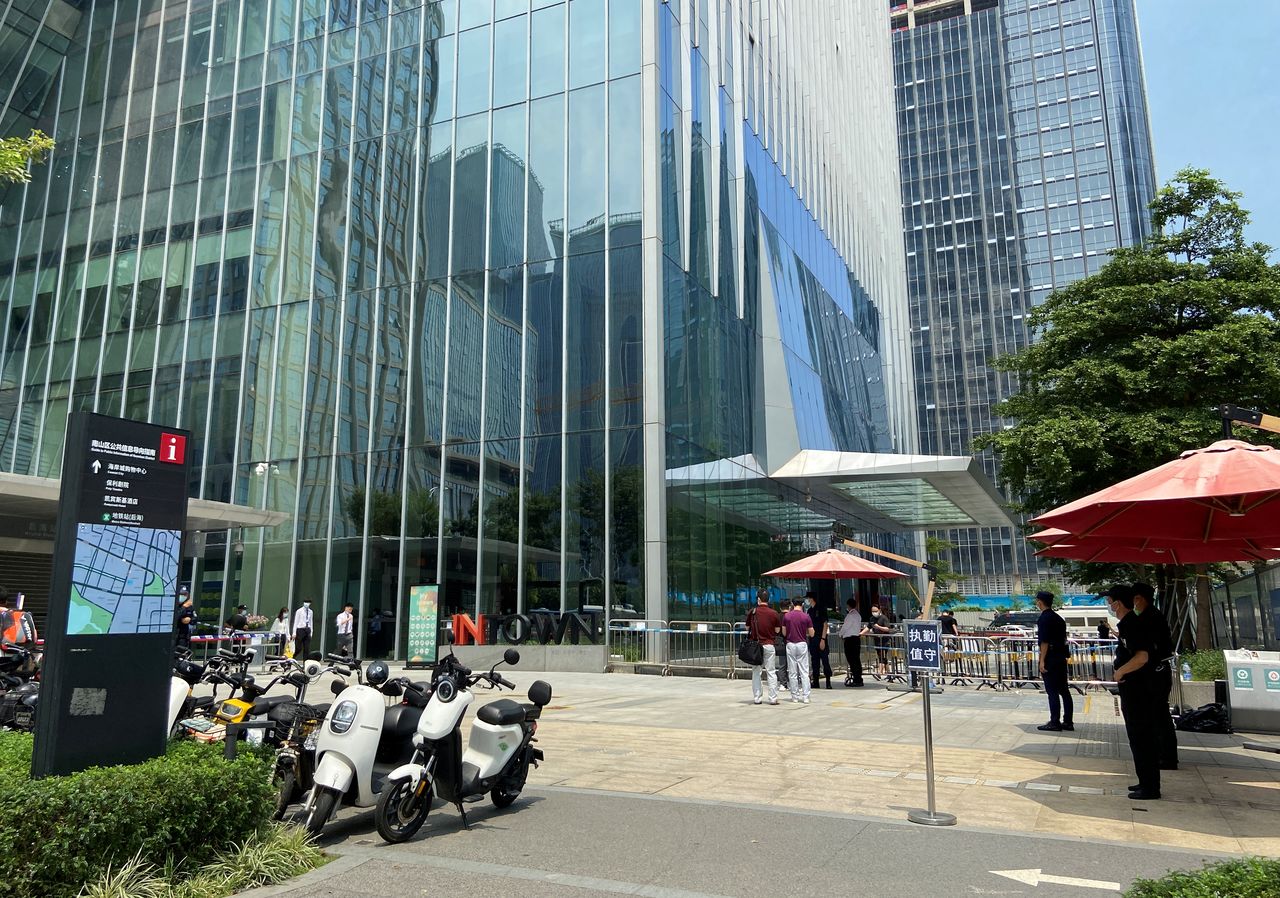 TOKYO (Reuters) - Concern that China Evergrande may default https://www.reuters.com/world/china/china-evergrande-fears-consume-investors-awaiting-trading-2021-09-21 on its mountain of debt hit shares of toilet maker Toto and other Japanese firms that are seen vulnerable to a further slowdown in China's property development.

Toto lost 6.1 % on Tuesday, extending its fall since Thursday to 14.8%, on the perceived risk of exposure to Evergrande, which investors fear could miss debt payment later this week.

"There are rising and widely reported concerns about fund flows at leading local developer China Evergrande Group, whose business scale suggests to us it is very likely one of TOTO's major customers," said Arisa Katsuyama, analyst at Morgan Stanley.

"Year-to-date debt defaults by real estate companies in China, not just China Evergrande, already exceed the cumulative figure for the past 10 years as tighter regulations bite," she said, adding investors should bear in mind the risk Toto may have to book loan loss reserves.

China accounted for about 30% of Toto's profit last year but the firm's spokesperson said it could not comment on specific transactions including whether it has deals with Evergrande.

Other potential suppliers to Chinese house builders and constructors were also caught in the melee, with air-conditioner manufacturer Daikin losing 4.7%.

Almost a quarter of Daikin's air-conditioner sales came from China in the last financial year, compared with 13-16% in previous years.

Paint maker Nippon Paint Holding, for which China is by far the largest market, slid 7.5%.

Manufacturers of construction machines, which have long benefited from the construction boom in China, also suffered, with Komatsu losing 5.4% and Hitachi Construction Machinery shedding 5.5%.

Investors also dumped SoftBank Group, a big investor in Alibaba and other Chinese tech firms, on fears Beijing will continue to tighten its grip on them.

"It looks like Chinese authorities are clamping down on outright lavishness, which seems to have support from the Chinese public. That has some resemblance to Japan's post-bubble era, when expensive house prices were considered bad for ordinary people."