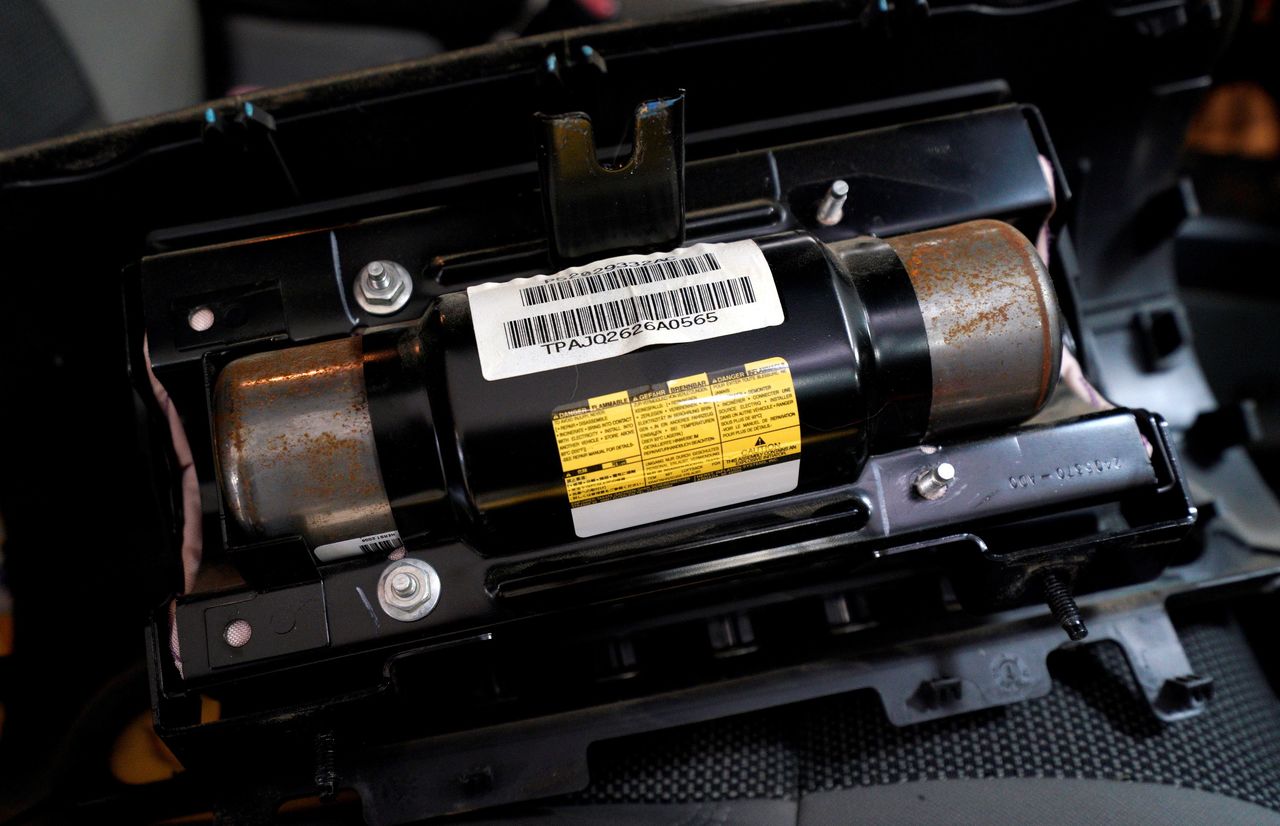 By David Shepardson and Paul Lienert

(Reuters) - Why are U.S. auto safety regulators opening a new investigation into Takata air bag inflators installed in millions of vehicles built over the past 20 years?

Some of those vehicles have the original inflators that were installed when they were manufactured and some have inflators installed as replacements in vehicles previously recalled. In certain situations, mainly long exposure to extreme heat and humidity, those inflators can unexpectedly rupture, sending metal shrapnel through the vehicle cabin, with the potential to cause injuries and deaths.

What is an "inflator"?

An air bag inflator is a small explosive device designed to ignite in a split second in a vehicle crash, then rapidly fill a large cushion with inert gas to help shield and protect occupants from serious injury.

Takata inflators made since the late 1990s use a powerful chemical, ammonium nitrate, as a propellant. When that chemical is exposed over long periods to moisture and heat, it tends to break down and become volatile and potentially explosive.

When did Takata know?

Takata learned of the first inflator rupture in 2003. Some of the company’s managers learned of additional inflator ruptures after that. Some test report data was altered by Takata employees to hide this from Takata’s automaker customers.

The first Takata-related recall - of 4,000 Honda Accords and Civics - was announced in 2008. Over the next five years, Honda Motor Co, Toyota Motor Corp, Nissan Motor Co, Mazda Motor Corp and BMW AG recalled nearly 4 million U.S. vehicles for inflator ruptures, a total that grew to more than 10 million by 2014 and eventually 67 million in 2016.

Takata filed for bankruptcy protection in the United States and Japan in 2017.

Over the last decade, more than 100 million vehicles with Takata air bag inflators have been recalled worldwide. Of the U.S. recalls, about 50 million have had repairs or replacements.

There have been at least 28 deaths worldwide, including 19 in the United States, and more than 400 injuries tied to faulty Takata inflators.

To help mitigate issues with ammonium nitrate, Takata in 2015 agreed to start building original-equipment and replacement inflators with a drying agent, called a desiccant, to absorb excess moisture.

The National Highway Traffic Safety Administration said there have been no reported ruptures in vehicles on the road with air bag inflators with the drying agent.

The agency in September 2021 said it “wants to evaluate the future risk” of inflators made with desiccant and installed in vehicles that have not been recalled.

NHTSA said its investigation "will require extensive information on Takata production processes and surveys of inflators in the field."

(Reporting by Paul Lienert in Detroit and David Shepardson in Washington; Editing by Matthew Lewis)