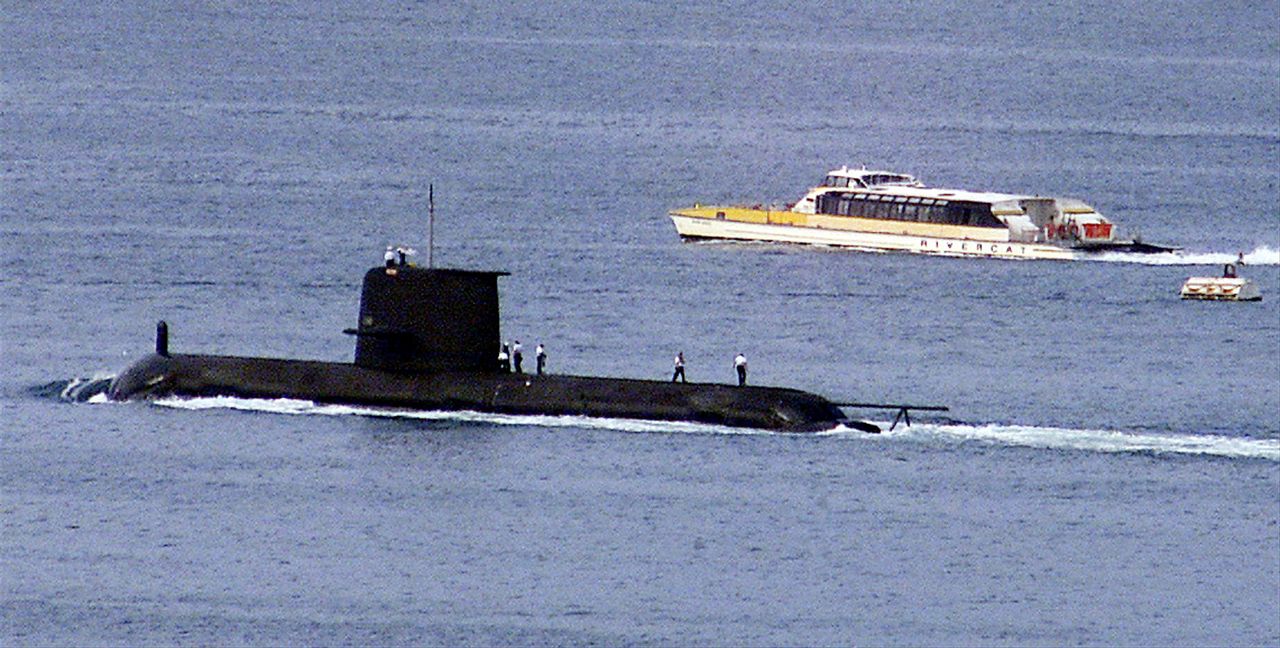 FILE PHOTO: (File Photo) A Rivercat ferry passes by the Royal Australian Navy's Collins-class submarine HMAS Waller as it leaves Sydney Harbour on May 4, 2020. The Australian government has considered extending the life of the Collins class as it examines the fate of its next-generation sub program.

CANBERRA (Reuters) - An Australian-EU trade deal would be mutually beneficial and allow EU members a greater presence in the Indo-Pacific, said Australia's trade minister, as Canberra tries to repair ties with Paris after the scrapping of a $40 billion submarine deal.

Australia last week cancelled a deal with France's Naval Group to build a fleet of conventional submarines and will instead build at least eight nuclear-powered submarines with U.S. and British technology after striking a trilateral security partnership with those two countries.

The cancellation has angered France, which accused both Australia and the United States of stabbing it in the back, and it recalled its ambassadors from both Canberra and Washington.

In solidarity with France, EU lawmakers have publicly questioned whether a trade deal with Australia could be possible.

Australia's Minister for Trade Dan Tehan on Wednesday urged the EU to progress ahead with a trade deal.

"The Australia-EU FTA is in the best interests of all parties," Tehan said in a speech in Canberra.

"The EU will use it as a way to strengthen its engagement with the Indo-Pacific because they realise that the region carries the economic weight of the world."

Australia and the EU are set to hold the next round of talks on a trade deal on Oct 12.

Australia expects those talks to go ahead, though the depth of anger was on stark display in New York at the United Nations when a senior EU lawmaker dispelled with normal pleasantries when speaking to Australia's Prime Minister Scott Morrison on Tuesday.

"For us transparency and loyalty are fundamental principles in order to build stronger partnerships and stronger alliances," European Council President Charles Michel told Morrison in a bilateral meeting in New York on Tuesday.

He met with U.S. President Joe Biden in New York but Morrison said he would not be able to meet with French President Emmanuel Macron.