Can you 'own' a goal? Collectible NFTs rolling into elite soccer 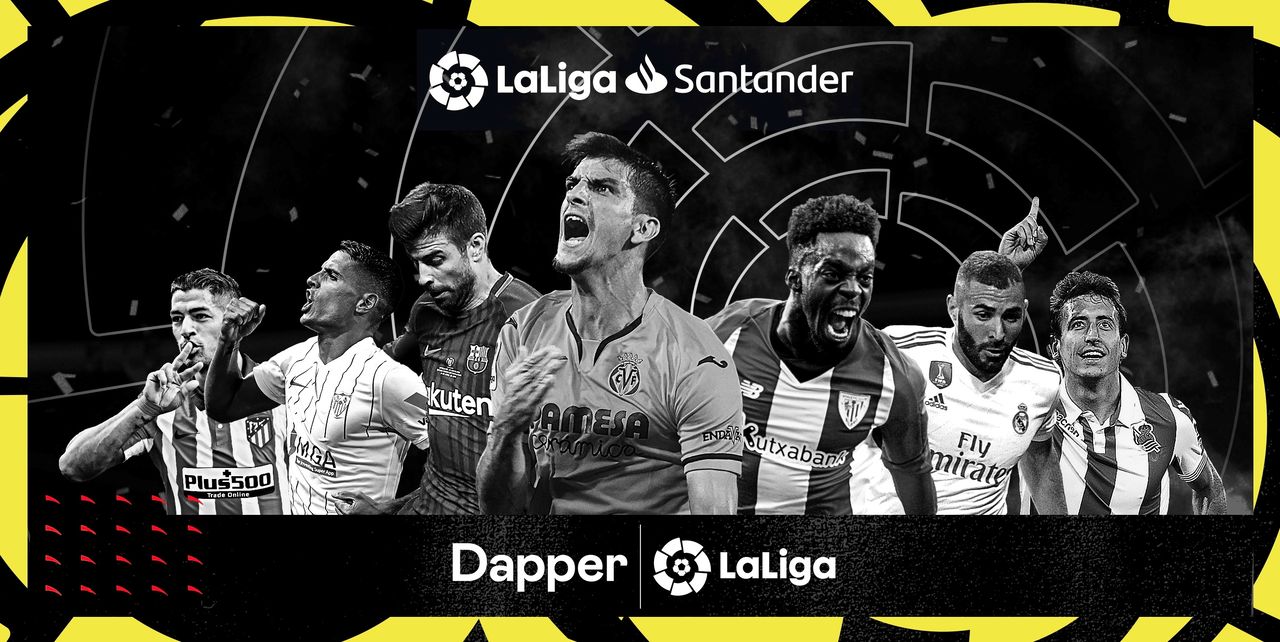 LONDON (Reuters) - It might have seemed a long shot a year ago when a company built a digital platform for basketball fans to buy and trade video highlights of NBA games that they could probably watch for free online.

It was more bewildering when some clips changed hands for tens, or even hundreds, of thousands of dollars.

These highlights, endorsed by the U.S. National Basketball Association, were sold as non-fungible tokens, or NFTs - crypto-assets that uses blockchain to authenticate their ownership, giving them a certain cachet and tradeable value.

The NBA Top Shot platform has proved so popular that the crypto company behind it, Dapper Labs, announced on Wednesday that it had raised $250 million and was now branching into soccer through a deal with Spain's elite LaLiga division.

So just like some basketball fans - or speculators - have paid north of $200,000 for a video of a LeBron James slam dunk, Real Madrid and Atletico Madrid enthusiasts will be able to "own" glorious goals by Karim Benzema or Luis Suarez.

While the whole concept leaves many people baffled, there's serious money behind it.

The numbers tell their own tale.

NBA Top Shot, launched in October last year, was among the first NFT products to take off as the sector gained popularity in early 2021. Monthly sales went from $1.5 million in December 2020 to $43.8 million in January, then peaked at $232 million in February.

But the growth slowed in the second quarter of the year. By June 2021, monthly sales were at $53.1 million.

Dapper Labs said the soccer platform would launch in June 2022 and allow people to buy NFTs of video "moments" from Spain's top teams.

NFTs are a new phenomenon, having exploded in popularity across various areas during the pandemic as enthusiasts and investors scramble to spend enormous sums of money on items that only exist online.

They are becoming increasingly mainstream. In the art world for example, a set of "Bored Ape" NFTs sold for $24.4 million in a recent Sotheby's online auction.

It is a sign of their financial potential that LaLiga - one of the most prestigious divisions in the world's most popular sport - is keen to hitch its wagon to the tech.

"The partnership between LaLiga and Dapper Labs will bring us the closest we've ever been to our fans worldwide through a new and growing medium, and alongside the industry partner that created and jump-started the entire NFT movement," said LaLiga president Javier Tebas.

As the market for crypto assets continues to heat up, collectible and sports-related NFTs were the most popular categories in the first half of the year, according to NonFungible.com, a website which tracks NFT market data.

Sorare, a fantasy soccer NFT game, said on Tuesday that it had raised $680 million in funding from investors led by SoftBank.

Dapper Labs, which has also built a blockchain, Flow, and an NFT game called CryptoKitties, said it would use $250 million to "continue to scale and support major additional brand-driven sports, entertainment and music based products coming online and being developed on the Flow blockchain".