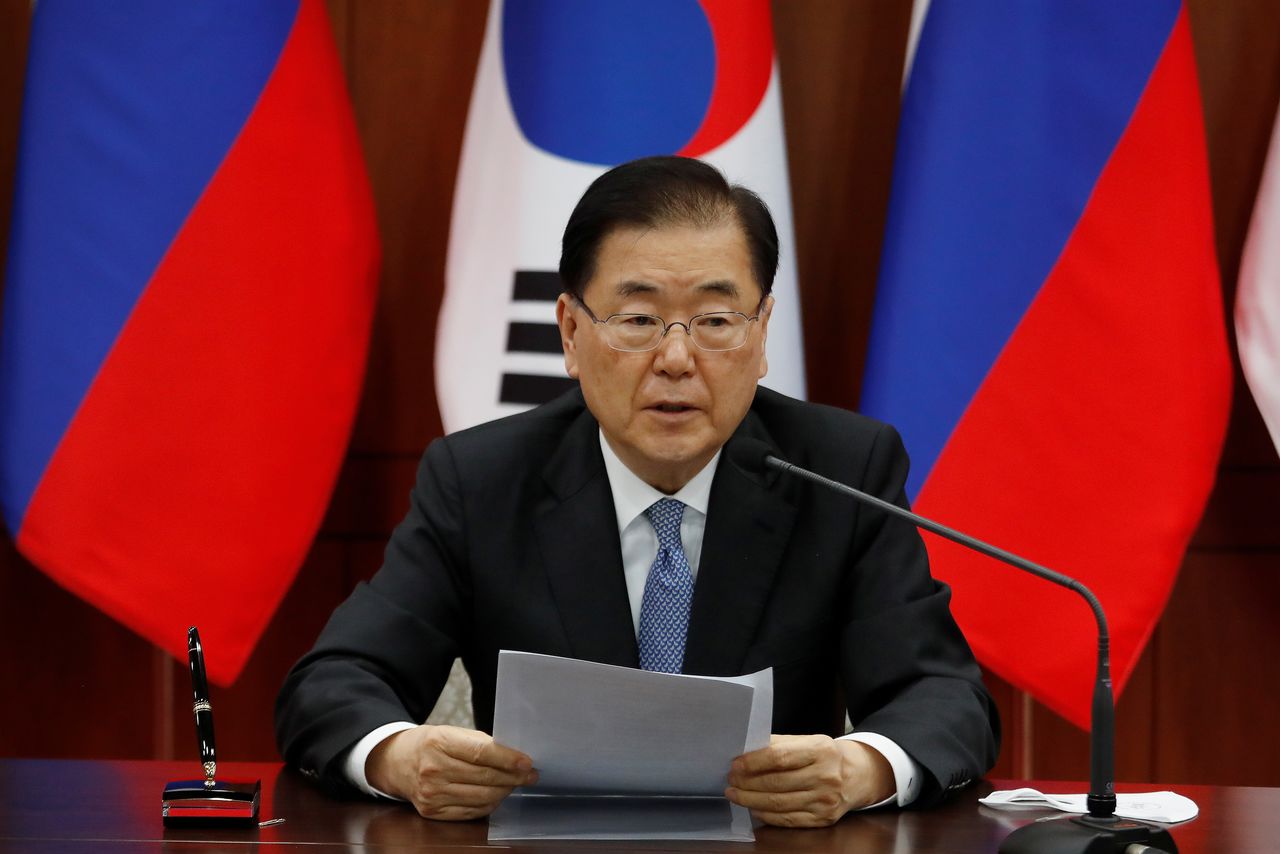 WASHINGTON (Reuters) - South Korean Foreign Minister Chung Eui-yong said he would meet his Japanese counterpart on Thursday and hoped for progress to end a dispute that has led to tit-for-tat trade restrictions.

Chung told the Council on Foreign Relations think tank during a visit to New York that he would hold a bilateral meeting with Japan's Toshimitsu Motegi in the city after taking part in a trilateral meeting together with U.S. Secretary of State Antony Blinken on Wednesday.

"Japan is our close neighbor and we share the same values of democracy, market economy, human rights and all that," he said. "So, we want Japan as a close friend, but unfortunately we have some differences in how to see the past history."

The dispute in recent years has brought tit-for-tat export curbs and threatened security cooperation between the neighbors despite the shared threat they face from North Korea, also known as the DPRK.

A senior U.S. State Department official said regular meetings had taken place over the past six months involving the U.S. diplomats and counterparts from South Korea and Japan to improve ties.

"It was quite warm and quite allied this evening, particularly as we tried to work through and think about what we're seeing from the DPRK, especially with the recent launches etc.," the U.S. official said, briefing reporters on condition of anonymity after Wednesday's trilateral meeting.

"It's become actually a forum that is about getting common work done and is no longer about breaking ice."

Chung said Seoul believed the issues could be resolved through dialogue.

He said it was unfortunate that trade restrictions had resulted from political differences and said he hoped these could be resolved soon, otherwise Seoul would have to bring them before a World Trade Organization panel.

"Koreans are very hopeful that the two foreign ministers of Japan and Korea will work on something to normalize relations between Korea and Japan," he said.

Chung and Motegi met on the sidelines of the G-7 meeting in Britain in May but did not manage then to narrow their differences.