HONG KONG/SINGAPORE (Reuters) - China Evergrande Group dollar bondholders were still waiting for information about a key interest payment due Thursday that has kept global investors on tenterhooks, but the property developer was instead expected to provide more clarity in the coming month, a source familiar with the situation said.

Evergrande's payment obligations have captured global attention in recent weeks as fears have spread that its difficulties could pose systemic risks to China's financial system and possibly to other markets.

The company, which epitomises the borrow-to-build business model and was once China's top-selling developer, has run into trouble over the past few months as Beijing tightened rules in the property sector to rein in debt levels and speculation.

"Clearly, the risk is a ripple effect, especially for Wall Street correlated world markets which have become very used to bailouts," wrote Christopher Wood at Jefferies in a research report.

Evergrande resolved one coupon payment on a Shenzhen-traded bond earlier in the week but was due to pay $83.5 million in interest on a $2 billion offshore bond on Thursday and also has a $47.5 million dollar-bond interest payment next week.

Both offshore bonds would default if the company, which has outstanding debt of $305 billion, fails to settle the interest within 30 days of the scheduled payment dates.

Some holders had given up hope of getting a coupon payment on the $2 billion offshore bond by Thursday, a source familiar with the matter said.

A holder of the U.S. dollar bond said that they had not received payment as of the close of Thursday in Asia.

As the close of the day drew nearer in New York, there had still been no announcements by Evergrande about the payment. A company spokesperson did not respond to requests for comment.

Earlier on Thursday, Bloomberg Law reported that Chinese regulators had asked Evergrande executives to avoid a near-term default on its dollar bonds and to communicate proactively with bondholders, citing people familiar with the matter.

"They don't want a default right now," said Connor Yuan, the head of emerging market flow credit trading for Asia at Goldman Sachs. "Given there is a 30-day grace period, I think today it's very likely the coupon won't be made but it is possible that they try to get a deal done in the next 30 days."

The Wall Street Journal reported separately on Thursday that Chinese authorities were asking local governments to prepare for the potential downfall of Evergrande, China's second-biggest property developer, citing officials familiar with the talks.

A spokesperson for Evergrande, China's second-biggest property developer, declined to comment on the two reports.

"Evergrande is a serious situation but we see it as quite contained both in terms of the sector, mainly Chinese real estate, and mostly Chinese counterparties," Jean-Yves Fillion, chief executive officer of BNP Paribas USA, told CNBC on Thursday.

"Historically we have seen the Chinese administration taking care of these type of situations and resolving them. The linkages between the Evergrande situation and the strong U.S. equity market we see as not very significant."

Investors worry that the Evergrande rot could spread to creditors including banks in China and abroad, though analysts have been downplaying the risk that a collapse would result in a "Lehman moment," or a systemic liquidity crunch.

Still, central bankers say they are keeping a close eye on Evergrande. The Bank of England said on Thursday it did not expect the situation to go badly wrong and was cautiously optimistic Beijing would avoid any major issues.

Shares in Evergrande rose nearly 18% on Thursday after it said it had resolved the coupon payment for one of its domestic, onshore bonds, though the stock is down more than 80% this year.

Evergrande Chairman Hui Ka Yan urged his executives late on Wednesday to ensure the delivery of quality properties and the redemption of its wealth management products, which are typically held by millions of retail investors in China.

He did not mention the company's offshore debt, however.

The WSJ said local governments had been ordered to assemble groups of accountants and legal experts to examine the finances around Evergrande's operations in their respective regions.

They have also been ordered to talk to local state-owned and private property developers to prepare to take over projects and set up law-enforcement teams to monitor public anger and "mass incidents", a euphemism for protests, it said.

Analysts said the moves by Beijing underscored the pressure on Evergrande, whose liabilities run to 2% of China's gross domestic product, to contain the fallout from its credit crunch and protect mom-and-pop investors over professional creditors.

Once those priorities had been met, Evergrande would talk to its other creditors, he said, adding: "Otherwise a few hundred thousand people will fight with the government."

At an eerily quiet construction site in eastern China, worker Li Hongjun said Evergrande's crisis meant he will soon run out of food while Christina Xie, who works in the southern city of Shenzhen, feared Evergrande had swallowed her savings.

"It's all my savings. I was planning to use it for me and my partner's old age," said Xie. "Evergrande is one of China's biggest real estate companies ... my consultant told me the product was guaranteed." 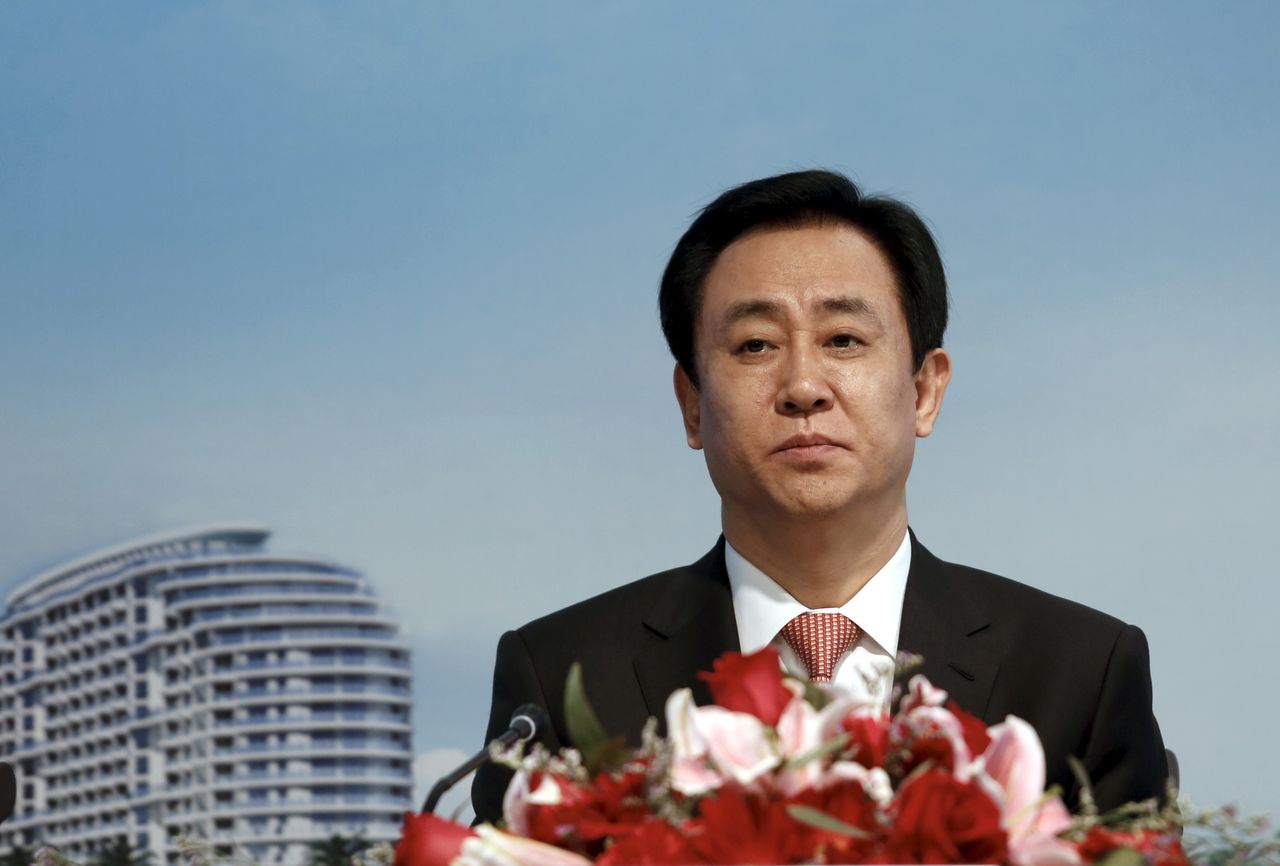 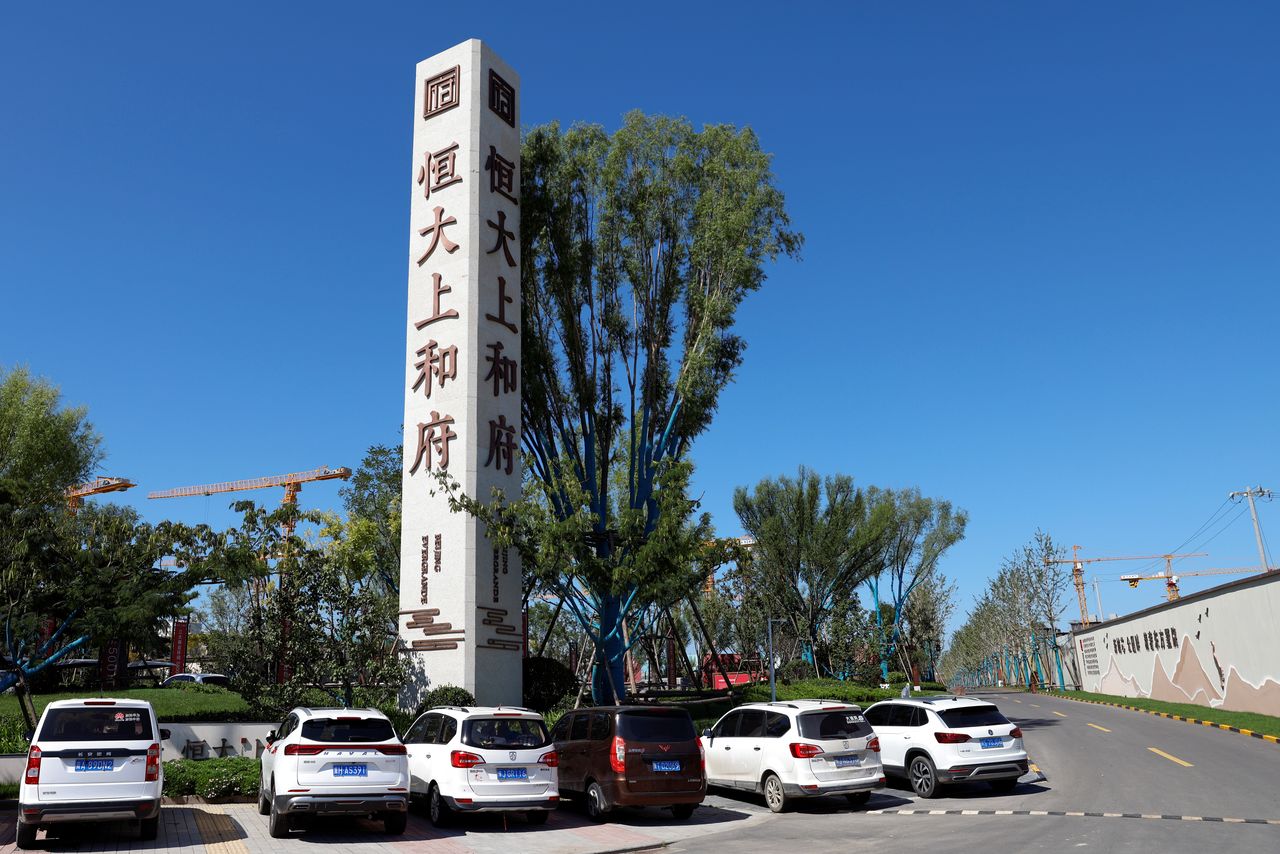