Rugby-Titans clash as All Blacks, Springboks brace for 100th test 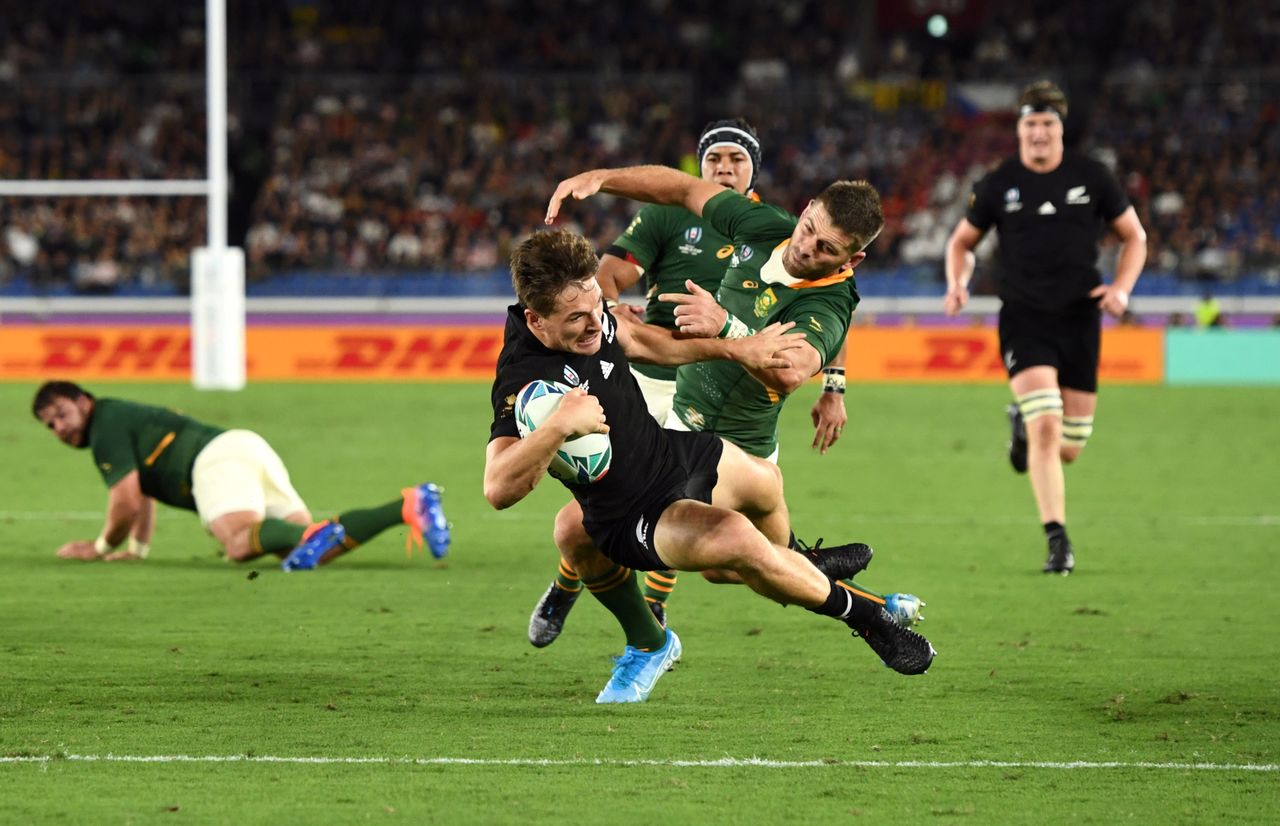 SYDNEY (Reuters) - Sparks are guaranteed to fly when the All Blacks and South Africa meet for the first time since the last World Cup this weekend as Townsville and the Rugby Championship play host to the 100th clash between rugby's most successful nations.

New Zealand will be strongly favoured to wrap up a 12th southern hemisphere championship title with a win at North Queensland Stadium but there is a lot more than that at stake in a fierce rivalry that goes back a century.

The All Blacks prevailed in a high-quality pool clash at the 2019 World Cup but it was the Springboks who headed home from Japan with the Webb Ellis Trophy, their third triumph matching New Zealand's record.

The South Africans missed last year's test championship because of the COVID-19 pandemic and were bumped off the top of the world rankings by the All Blacks in the wake of a second successive loss to Australia last week.

While New Zealand have enjoyed by far the better of the rivalry since South Africa returned from their Apartheid-era isolation, the fixture still holds a special place in the rugby calendar for both nations.

"The whole of the country is really excited about playing South Africa again and that's a mark of respect for them, isn't it?" All Blacks coach Ian Foster said on Thursday.

Foster has put out the best side available to him, bringing Beauden Barrett back at flyhalf and loading up his pack with gnarly veterans for a huge forward battle in the first of two tests in two weeks against the world champions.

Springboks coach Jacques Nienaber, who apologised to fans after the second loss to the Wallabies last week, has also gone for experience as his team bids to keep alive their slender hopes of winning the championship.

The South Africans have promised a return to the game that won them the World Cup, so New Zealand can expect plenty of high kicks, mauling and lightning strikes from the wings on Saturday.

"It's always a massive task to face the All Blacks," said Nienaber. "We know that we need to a deliver a quality 80-minute performance against them to turn the corner after two disappointing defeats."

Although Australia can no longer win the title after opening the tournament with two defeats to New Zealand, the wins over South Africa mean they will approach their match against Argentina with a spring in their collective step.

Coach Dave Rennie has largely kept faith with the side that beat the world champions 30-17 last week, making only two changes, one enforced.

After two draws against the Pumas last year, the Wallabies know the key to notching up a victory on Saturday will be breaking down the dogged Argentine defence and not giving the South Americans the chance to respond from the kicking tee.

The winless Pumas will be desperate to return home with a result of some sort in their final two tests against the Wallabies over the next two weeks but are wrestling with a lengthy injury list.