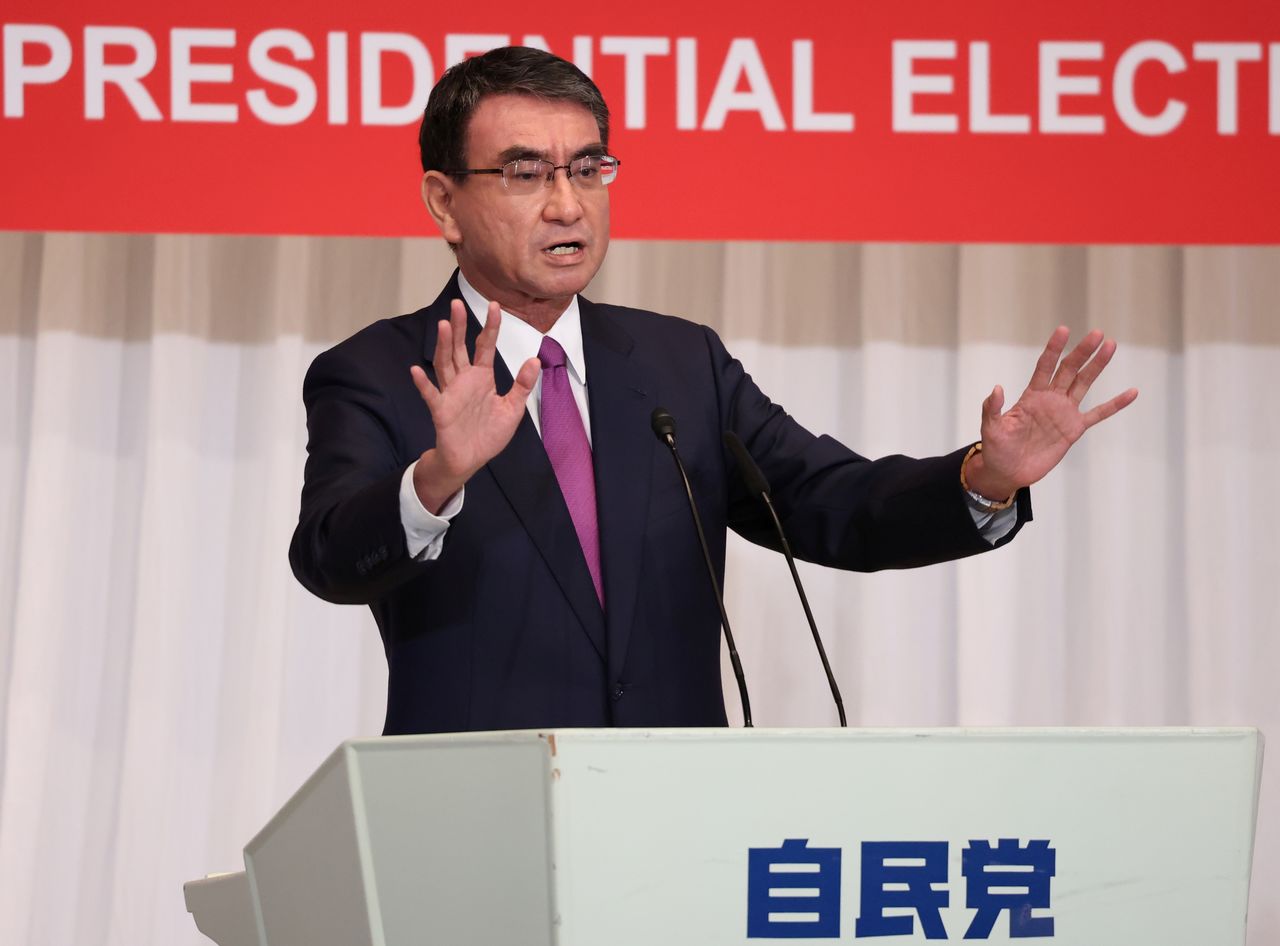 TOKYO (Reuters) - Japan's government and central bank must work closely together to avoid a fall in the yen, Taro Kono, a contender in the ruling party leadership race, said on Thursday.

"If market trust over Japan's finances is lost, that could trigger a yen fall," Kono said. "If yen falls proceed, import costs would rise and cause inflation," he said in an online debate among the candidates in the race.

"We must ensure this doesn't happen via sound macro-prudence policy. The government and the Bank of Japan need to coordinate on economic and financial policy on this front," said Kono, a front-runner in the leadership race.

"Various regulations still hamper entry of start-ups into markets, so I'd like to remove them. I'd also like to increase foreign investment into Japan through deregulation," he said.

Sanae Takaichi, another candidate in the race, said if she were to become prime minister, she would compile a "bold, significant-sized fiscal stimulus" funded by a supplementary budget passed through parliament this year.

Kono and Takaichi are among the four contenders running in the Liberal Democratic Party's (LDP) race on Sept. 29. The winner of the race is almost certain to succeed Yoshihide Suga as Japan's next premier because the party has a majority in the lower house.