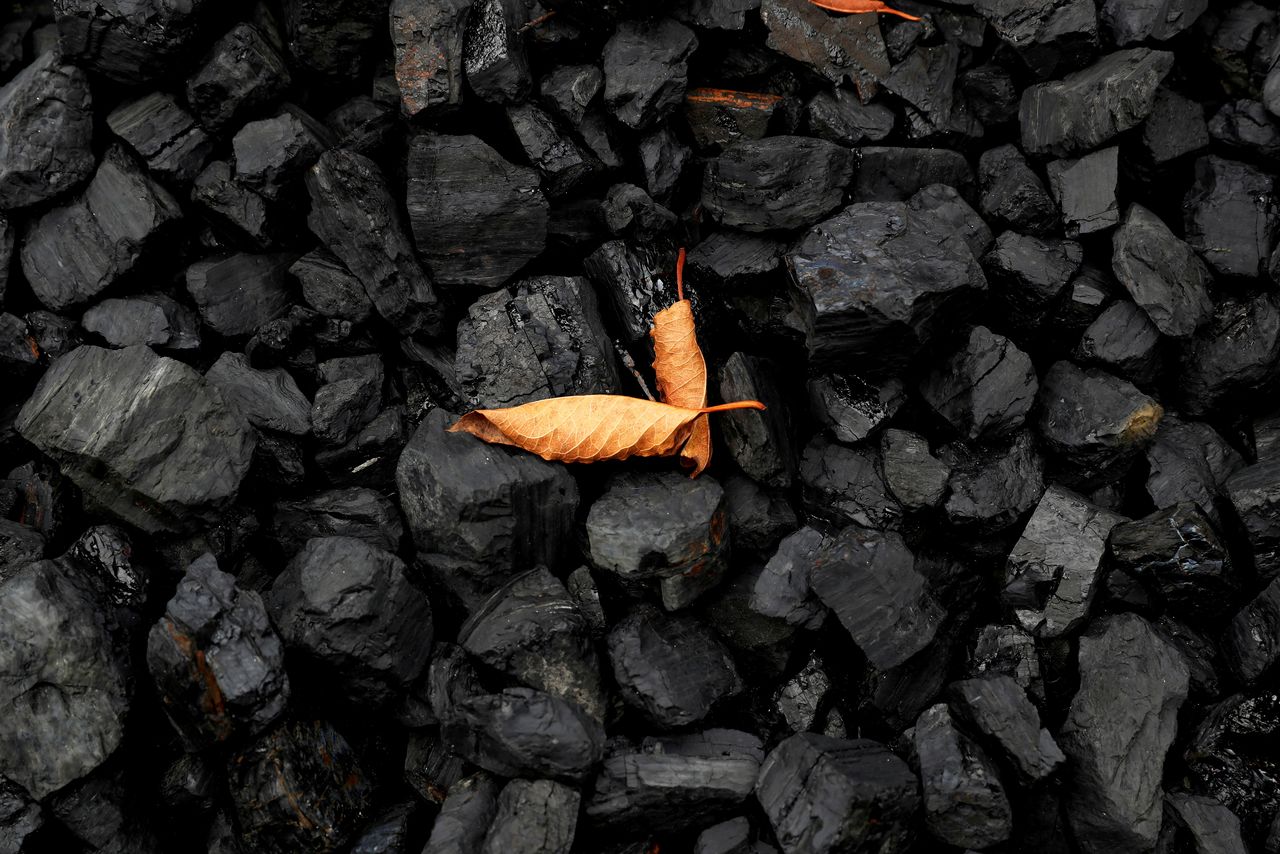 FILE PHOTO: A leaf sits on top of a pile of coal in Youngstown, Ohio, U.S., September 30, 2020. REUTERS/Shannon Stapleton/File Photo

By Melanie Burton and Fransiska Nangoy

Beijing's pledge is the latest blow for Australian and Indonesian coal miners as more energy systems globally make the shift to renewables, however, the Australian industry continues to push for a role for coal in the global power mix.

"I think it's the new normal," said Pandu Sjahrir, chairman of Indonesia Coal Miners Association, when asked whether coal miners must accept that global demand may have peaked.

For more than a decade, Australia and Indonesia have been the dominant global coal exporters, accounting for more than half of all coal shipments.

Both countries also export more coal than they consume, with Australia shipping out more than 75% of its coal, while Indonesia exports roughly 60% of production, based on the BP Statistical Review of World Energy 2021.

Analysis by Market Forces shows since the Paris Climate Agreement in 2015, the global coal power development pipeline has dropped by 76%.

China's statement will only accelerate this trend, Vincent said.

Looking further ahead, consultants Wood Mackenzie said China's pledge to stop financing new coal-fired plants abroad puts at risk 29 gigawatts of coal-fired plants the firm had expected to be built in Indonesia beyond 2025, which could result in higher coal exports from there.

Rystad Energy consultants forecast that global coal demand will peak in 2024 at close to 10,000 terrawatt hours (TWh). But the consultancy also said they would have to slightly revise their outlook for a fall to 6,000 TWh by 2040 due to China's move to stop financing coal plants abroad.

"As a result of this announcement, the decline from 2025 onwards will be slightly steeper than previously expected," Rystad vice president Xi Nan said.

Yancoal Australia Ltd, Australia's largest pure-play coal producer and leading thermal coal exporter, said it expects continuing demand for coal across Asia for power generation and to make steel and concrete, and said its lenders and investors still see the company as a profitable business.

"Australia will continue to play a critical role as a primary source of premium grade metallurgical and thermal coal," a Yancoal spokesperson said.

The Minerals Council of Australia (MCA) said governments and industry in Asia should step up efforts to cut emissions through measures like carbon capture and storage at existing plants.

"More of this is what's needed to both reduce emissions and continue to allow countries a full suite of energy options for their development," MCA Chief Executive Tania Constable said.