Olympics-Norway rules out mandating vaccines ahead of Beijing Games 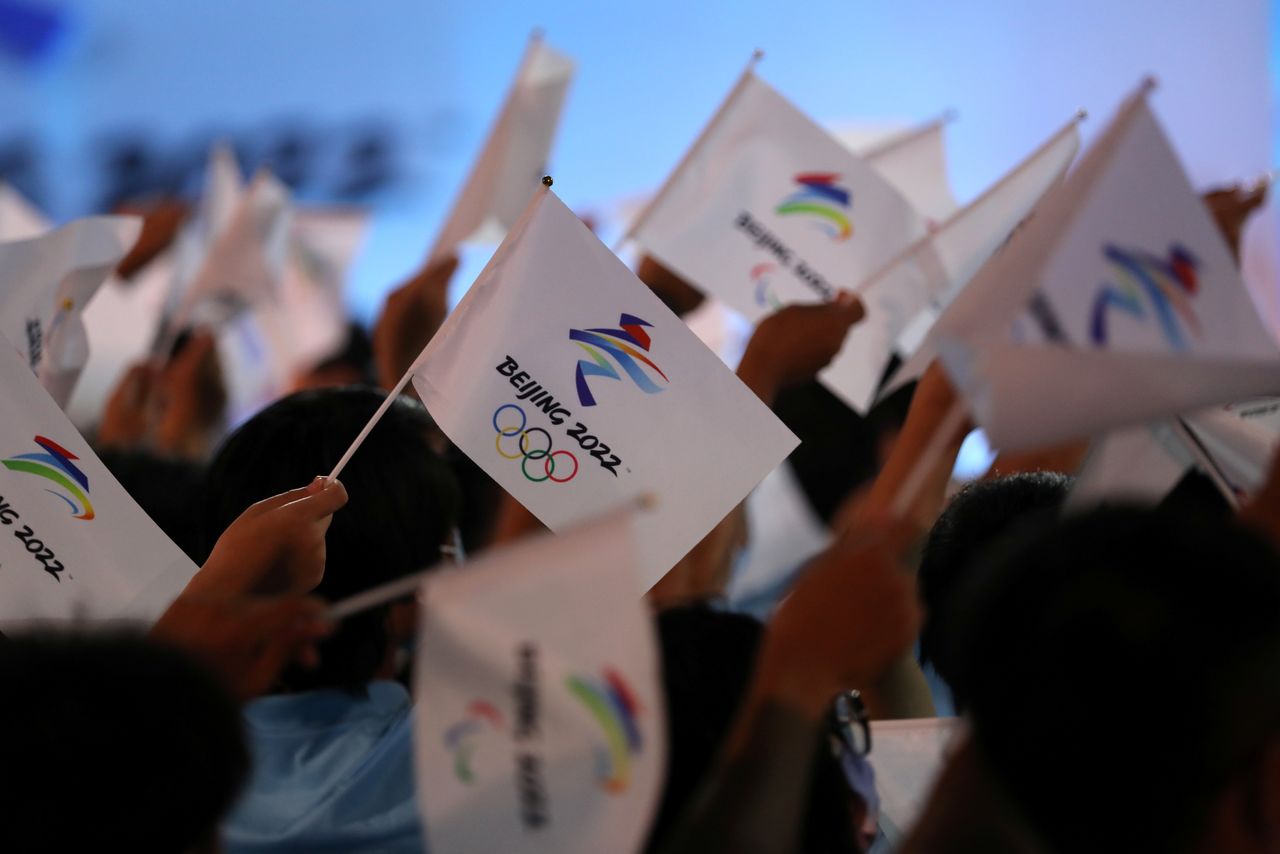 FILE PHOTO: Attendees wave flags with the emblem of the Beijing 2022 Winter Olympic Games at a ceremony unveiling the slogan, in Beijing, China September 17, 2021. REUTERS/Tingshu Wang

STOCKHOLM (Reuters) - Norway, the most successful country in the history of the Winter Olympics, will not follow in the footsteps of the United States and insist that those travelling to the Beijing Games are vaccinated against COVID-19, a representative told Reuters.

Sweden and Finland are likely to follow Norway's line while Germany will wait for the Beijing 2022 playbook, which will outline the Games' COVID-19 protocols, to be issued in October before making a decision on its policy for vaccination.

The United States Olympic & Paralympic Committee on Wednesday said all U.S. athletes hoping to compete at the Olympics will need to be vaccinated against COVID-19.

Finn Aagaard, communications manager at the Norwegian Sports Federation and the Olympic and Paralympic Committee (NIF), told Reuters the uptake for the various vaccines in the country of 5 million people has been high and that they see no need to make inoculation mandatory.

The International Olympic Committee did not require athletes who competed at the Tokyo Games this year to be vaccinated although it was encouraged.

"We are not going to compel athletes to get vaccinated," Aagaard said.

"Vaccines are freely available in Norway and it is our experience that there is a very high uptake among athletes, but we do not have insight into every individual's status," he added.

Nordic neighbours Finland are yet to make a decision.

"Finnish laws and national vaccination policy is our only guideline. The majority of Finns (more than 80%) will be double vaccinated before Beijing, and we strongly recommend everybody (athletes and others) to take vaccinations," Mika Noronen, Director of Communications for the Finnish Olympic Committee, told Reuters in an email.

"There is no decision made if we 'insist' on the vaccination or not, but to our knowledge, all athletes aiming for Beijing already have cover against COVID-19. There have not been attitudes against vaccination among our top athletes," Noronen added.

Sweden is awaiting the playbook that will be produced by the Beijing organising committee before making a final decision.

"The Swedish Olympic Committee took part in the vaccine programme offered before the Games in Tokyo and encouraged everyone to get vaccinated," spokesperson Lars Markusson told Reuters.

Prior to the recent Tokyo Games, Swedish Olympic Committee president Peter Reinebo said: "It feels very good to be going to the Olympics with a vaccinated team, not least to show concern for the Japanese people."

Germany, too, will orientate itself to the playbook that will be issued in October, while the Italian National Olympic Committee said that all its athletes had already been vaccinated.

"We will comprehensively deal, just like ahead of Tokyo, with a vaccination offer for Team D... in principle we are supporting the vaccination campaign of the federal government..." a Germany Olympic Committee spokesperson told Reuters.

"... (We) recommend all those engaged in sports in Germany to vaccinate in order to facilitate a return to movement and sports on all performance levels."