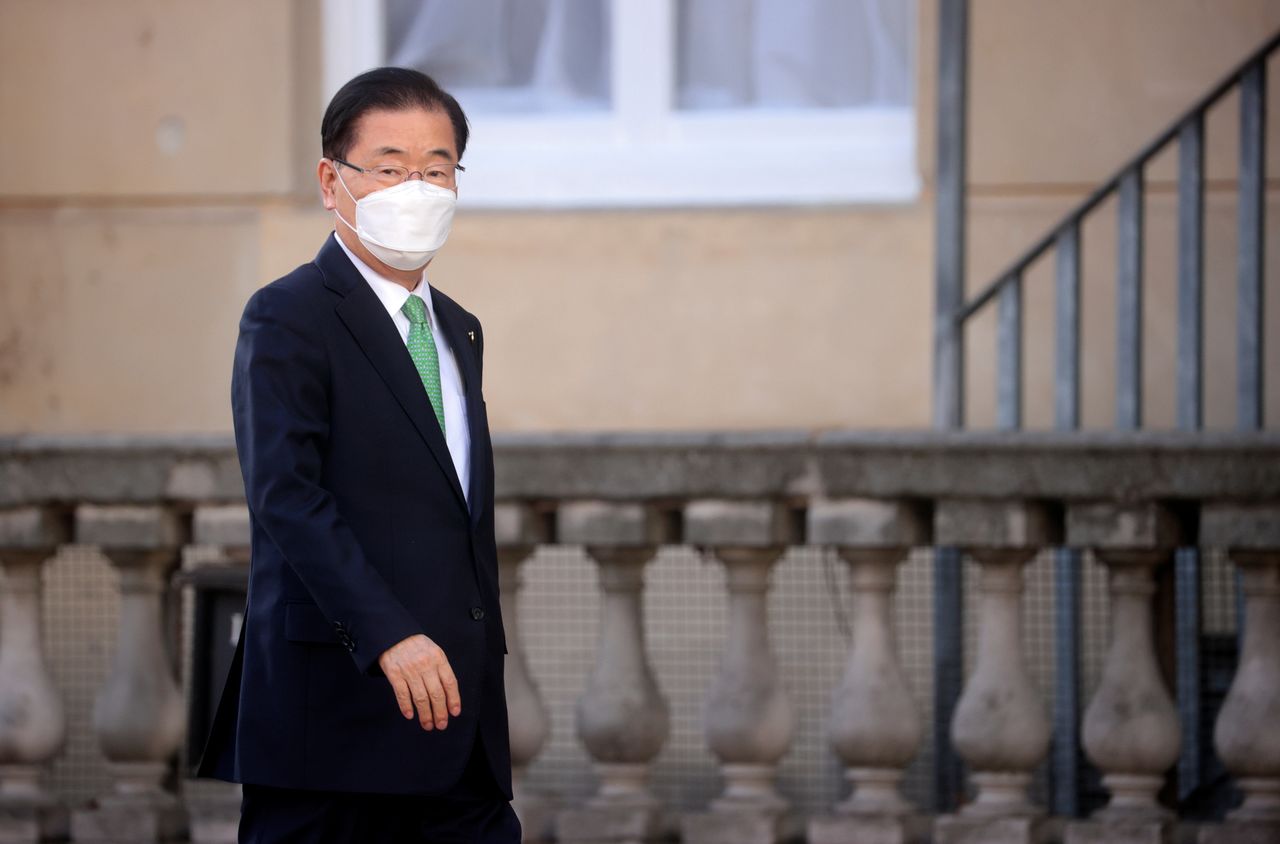 WASHINGTON (Reuters) - Japanese Foreign Minister Toshimitsu Motegi met his South Korean counterpart Chung Eui-yong on Thursday and the two restated positions in a dispute that has brought tit-for-tat trade restrictions, but agreed to accelerate consultations to resolve the issue, Japan's account of the meeting said.

Motegi and Chung met in New York on the sidelines of the United Nations General Assembly.

The dispute in recent years has brought tit-for-tat export curbs and threatened security cooperation between the neighbors, despite the shared threat they face from North Korea.

Japan's foreign ministry said Motegi and Chung reaffirmed the importance of cooperation between their countries in the interests of regional stability, including in dealing with North Korea.

When it came to the dispute, "Motegi firmly conveyed Japan's principled positions on these issues and renewed his call for (South Korea) to take appropriate actions. Concerning these issues, Minister Chung gave explanations based on (South Korea's) positions," it said in a statement.

At the same time, the ministers "shared the view on accelerating consultations and communication through the diplomatic channels in order to restore sound ... relations and then to make it possible to cooperate in a wide range of areas," it said.

Chung said on Wednesday Seoul believed the issues could be resolved through dialogue.

He said it was unfortunate trade restrictions had resulted from political differences and he hoped these could be resolved soon, otherwise Seoul would have to bring them before a World Trade Organization panel.

Chung and Motegi met on the sidelines of the G7 meeting in Britain in May but did not manage then to narrow their differences.