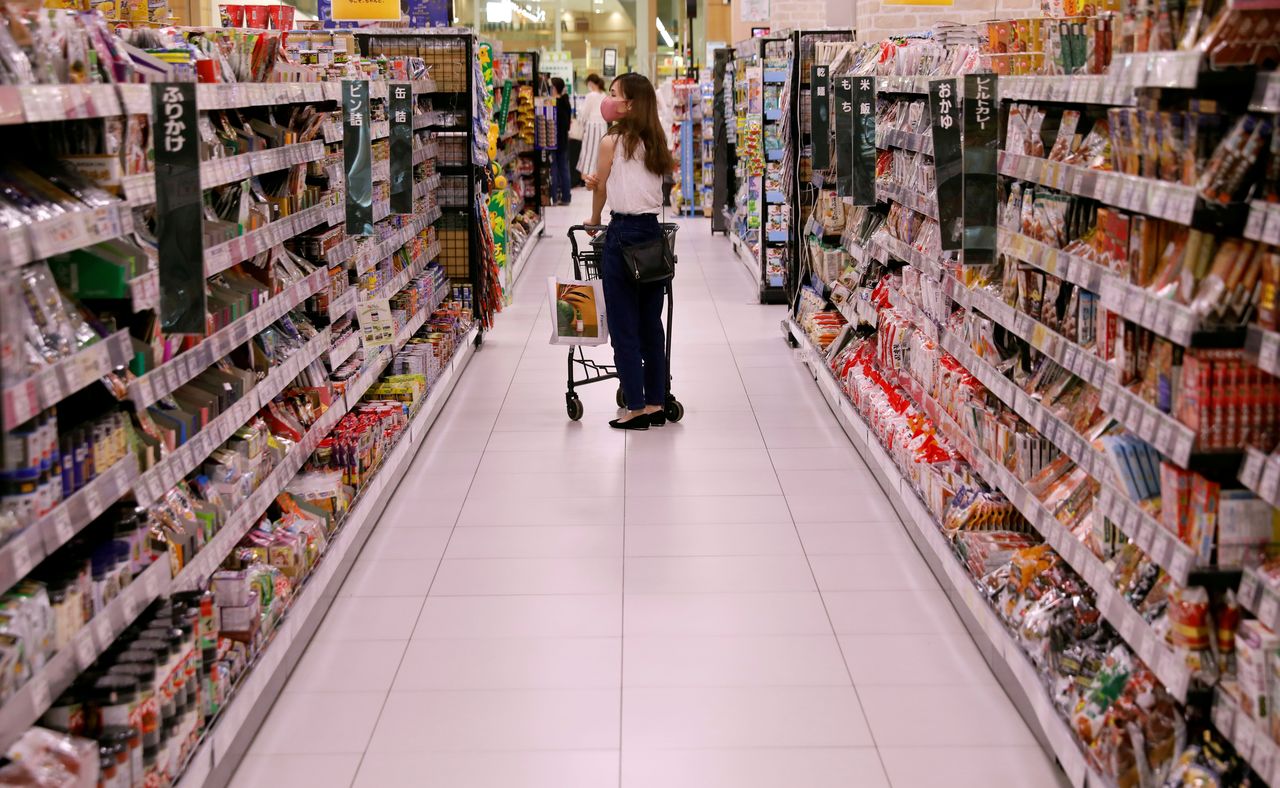 TOKYO (Reuters) - Japan's core consumer prices halted a 12-month run of declines in August, bolstered by higher energy costs and the impact of a tourism campaign, bringing some relief to central bank efforts to push inflation towards its elusive 2% target.

Nationwide prices were flat compared with a year earlier, due to a tug of war between rising energy costs and lower mobile phone fees, data from the Ministry of Internal Affairs and Communications showed, while lodging prices surged a record 46.6% following a tourism discount campaign a year earlier.

The result was in line with a forecast by economists in a Reuters poll, following a 0.2% decline in July. Weakness in private consumption that makes up more than half the economy weighed on core consumer inflation.

It was the first time since July 2020 that core CPI, which excludes fresh food but includes oil prices, emerged from negative territory.

Friday's data reflected a change in the base year for the CPI that gives a heavier weighting to mobile charge fees and has created a drag on core consumer inflation. Mobile phone fees plunged a record 44.8% in August.

Analysts say the year-on-year effects of the change will only fade from next April, while shrinking domestic demand due to an ageing population is causing structural slack in demand for goods and services.

"As such, CPI's gain will be limited from now on as well, making the BOJ's 2% inflation target unachievable," said Yasunari Ueno, chief market economist at Mizuho Securities.

The so-called core-core inflation index, which excludes food and energy prices and is similar to the core index used in the United States, fell 0.5% in August from a year earlier, posting a fifth straight month of declines.

Bank of Japan Governor Haruhiko Kuroda has maintained that excluding special factors such as mobile phone fees, consumer prices have been in a positive territory.

Kuroda has argued that the price trend remained firm and that inflation would gradually accelerate as the output gap improves and inflation expectations rise, although inflation is unlikely to reach 2% through the end of Kuroda's five-year term in 2023.

That means the central bank will likely stick to massive monetary stimulus for the foreseeable future, despite concerns about side-effects of prolonged-low rates such as a hit to banks' profits.

The BOJ stuck to its short-term interest rate target at -0.1% and that for 10-year bond yields around 0% at its two-day rate review that ended on Wednesday.