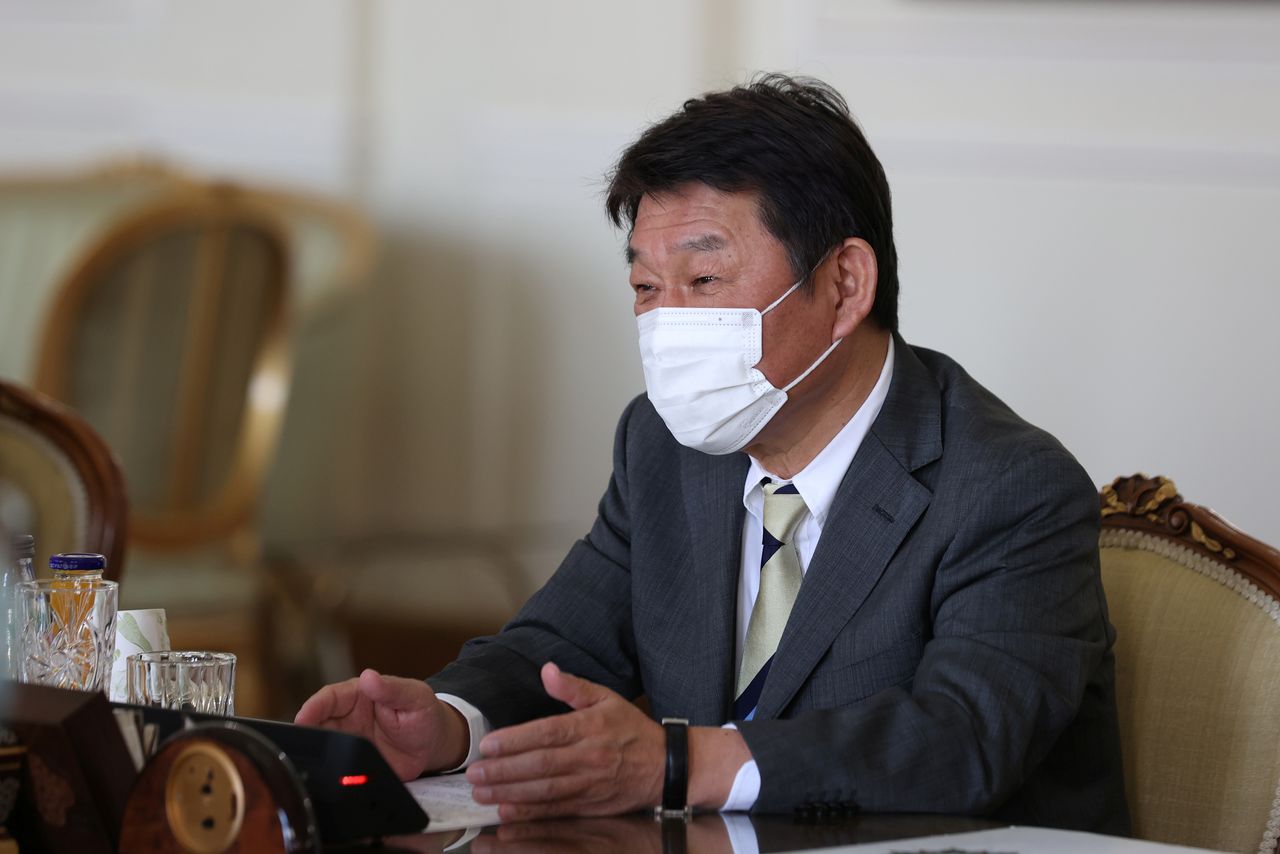 TOKYO (Reuters) -Japan on Friday welcomed Taiwan's application to join a trans-Pacific trade pact, citing shared democratic values with the island, which China claims as its own.

Japanese officials' appreciation of Taiwan's values with regard to democracy and rule of law contrasted with Japan's cautious reaction to China's bid to join the Comprehensive and Progressive Agreement for Trans-Pacific Partnership (CPTPP).

"We consider Taiwan a very important partner with which we share fundamental values such as freedom, democracy, basic human rights and rule of law," Economy Minister Yasutoshi Nishimura told a news conference. Japan is chairing the pact this year.

Taiwan made the application on Wednesday, angering China, which views the island as one of its provinces with no right to the trappings of a state.

"Joining CPTPP will strengthen Taiwan's key global strategic and economic and trade status, and further integrate us with the world," she said.

While Japan said Taiwan's application would need to be scrutinised against the trade pact's strict standards, the positive reaction stood in contrast to a cautious response to China's application last week.

Japan's Chief Cabinet Secretary Katsunobu Kato sidestepped a reporter's question on Friday about the different reactions to the applications, declining to go into specifics on Japan's position on China but referring to values shared with Taiwan.

The chief government spokesman added that under the trade pact's rules, membership was open to Taiwan, noting that it was already an independent member of the World Trade Organization and Asia-Pacific Economic Cooperation forum.

The original 12-member trade agreement, known as the Trans-Pacific Partnership (TPP), was seen as an important economic counterweight to China's growing influence.

But the TPP was thrown into limbo in 2017 when then-U.S. President Donald Trump pulled the United States out of the pact.

Britain has also applied to join the 11-member CPTPP and Nishimura said the first meeting to discuss its bid would take place on Sept. 28.