Biden discusses Indian Bidens with Modi, and asks 'Are we related?' 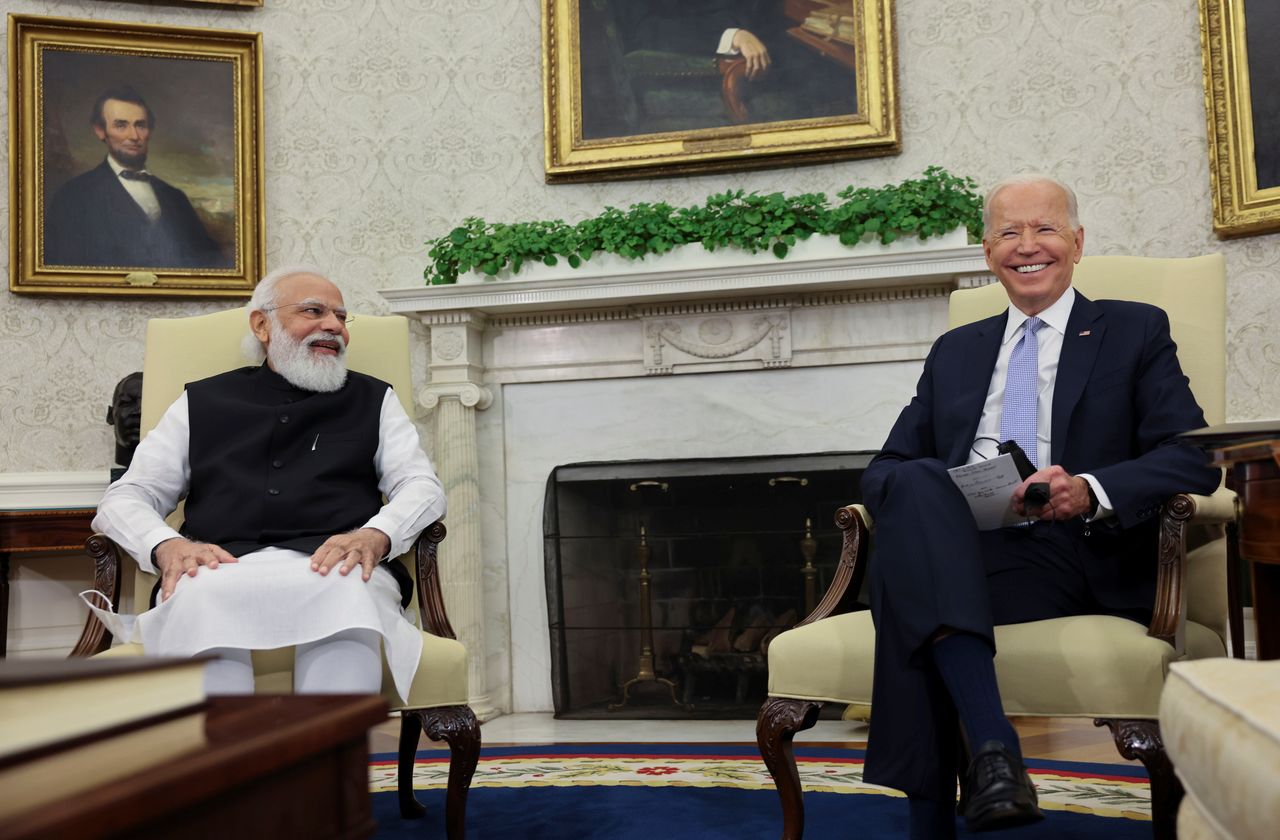 At the start of his first bilateral White House meeting with Modi as leaders, Biden explained that he had learned about an Indian branch of the Biden family when he was first elected to Congress in 1972 and received a letter from someone called Biden living in Mumbai.

"I found out that there was a Captain George Biden, who was a captain in the East India tea company," Biden said.

"That's hard for an Irishman to admit!" he quipped, referring to the East India Company, which laid the foundations of the British Empire but ceased to exist more than 150 years ago.

Biden said he learned that George Biden stayed in India and married an Indian woman, but added: "I've never been able to track it down, so the whole purpose of this meeting is for him to help me figure out who he was!"

Modi said Biden had mentioned the connection to him previously, so he had hunted for documents that could help fill in the gaps in the family tree.

"Today I have brought along some documents... Maybe those documents could be of use to you!" he told Biden, who chuckled in response.

U.S.-India relations have grown steadily closer and Washington considers India a key partner in its effort to push back against Chinese influence in the Indo-Pacific region. After their meeting, Biden and Modi were to join the leaders of Japan and Australia in the so-called Quad grouping to discuss that effort.

In their bilateral meeting, Modi praised Biden for sowing seeds to allow Indo-U.S. relations to expand, and Biden said the relationship between the world's two largest democracies was "destined to be stronger, closer and tighter," to the benefit of the whole world.