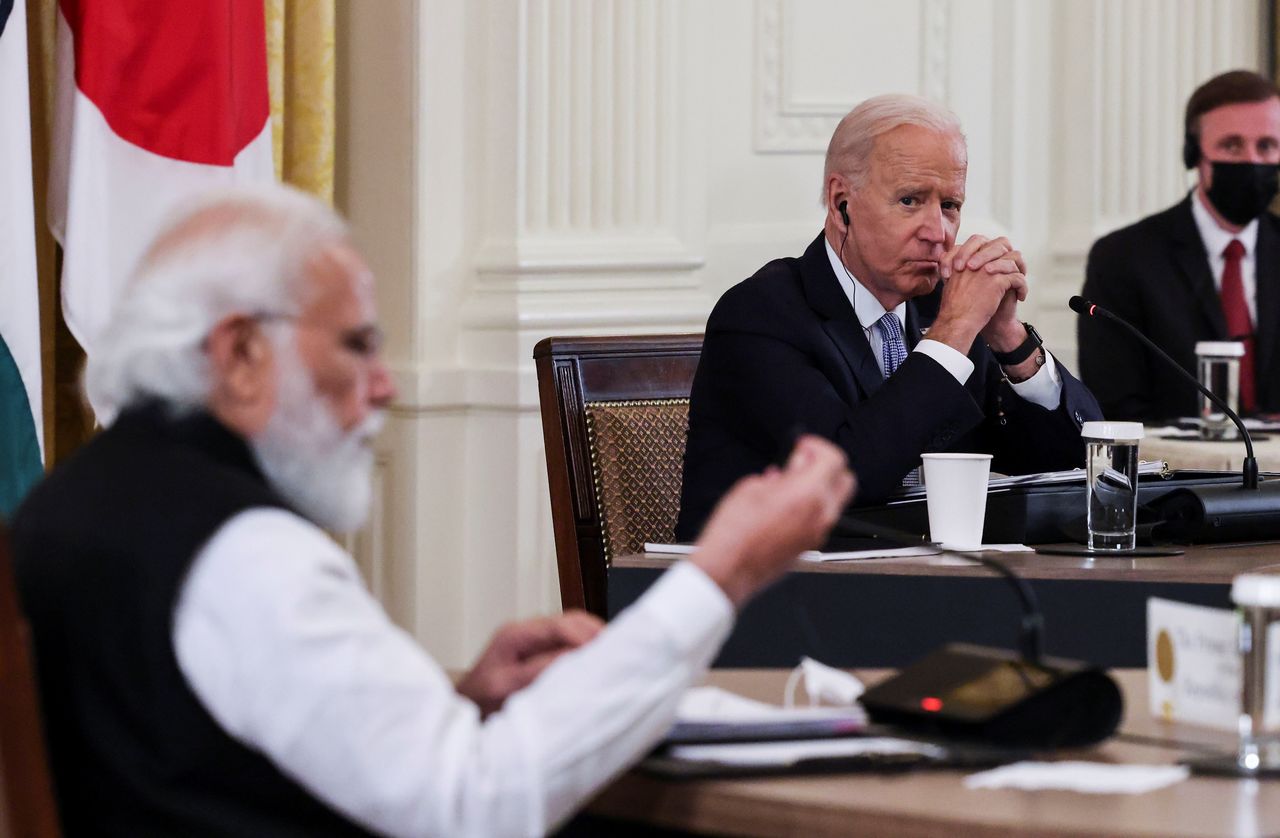 WASHINGTON (Reuters) - Indian Prime Minister Narendra Modi told fellow leaders of the Quad partnership on Friday India will allow the export of 8 million COVID-19 vaccines by end of October in line with a deal reached by the grouping of Australia, India, Japan and the United States in March, India's foreign secretary said on Friday.

A plan reached by the Quad earlier this year to supply a billion COVID-19 shots across Asia by the end of 2022 stalled after India, the world's largest vaccine producer, banned exports in April amid a massive COVID outbreak at home.

"This would be made ready by the end of October," he said. "It will be compatible with our decision to export vaccines. The Quad will pay for the vaccine and India will bear a certain share of those. This will be an immediate delivery from the Quad in the Indo-Pacific."