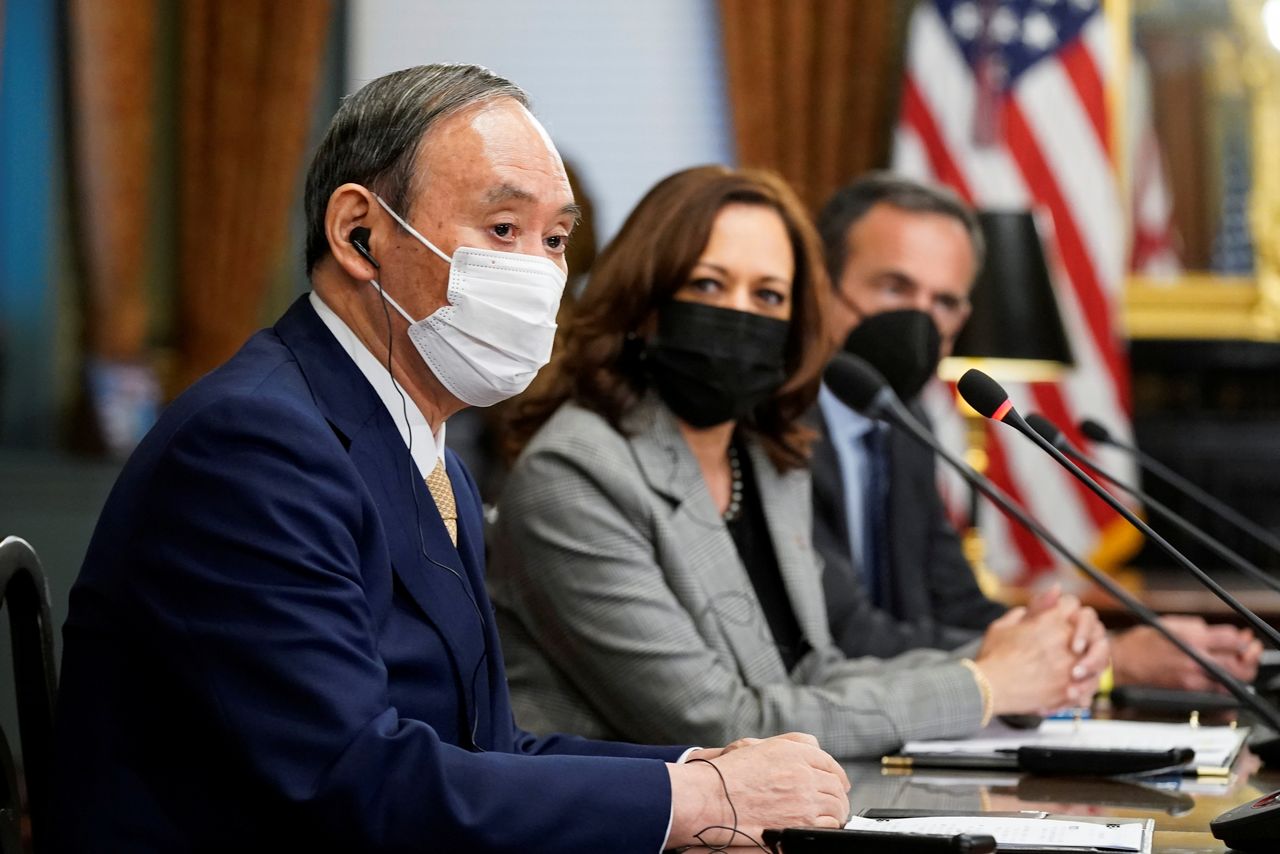 WASHINGTON (Reuters) - At a meeting of the Quad group of countries on Friday, Japanese Prime Minister Yoshihide Suga welcomed the establishment last week of a trilateral partnership to provide Australia with nuclear submarines, a Japanese government official said.

Asked whether the new AUKUS partnership between Australia, Britain and the United States was discussed at the meeting of the leaders of Australia, India, Japan and the United States in Washington, Japan's foreign press secretary, Tomoyuki Yoshida, told reporters: "Prime Minister Suga welcomed the initiative of the establishment of the security partnership forged by the three countries ... which is taking an important role for the peace and stability of the Indo-Pacific region."